SNC-Lavalin Group Inc. has been cleared to bid on public work contracts in Quebec under the provincial government's new anti-corruption legislation.

Canada's largest engineering firm said on Wednesday that the Autorité des marchés financiers – Quebec's securities regulator – has granted SNC the ethics certificate necessary for any company wanting to contract with public authorities in the province.

The certification – valid for three years – is only granted when a company passes an integrity test.

Montreal-based SNC has been embroiled in a series of corruption and bribery scandals, both at home and abroad.

Numerous senior executives – including the former chief executive, who faces bribery and other charges – have departed and investigations continue into alleged unethical dealings in North Africa and other countries and in the contracting process for a new superhospital in Montreal.

Other engineering firms in Quebec have also been caught up in scandals that have been detailed at the provincial Charbonneau Commission inquiry into corrupt practices in the construction industry.

One SNC executive testified last year that the firm participated in a widespread collusion system in Montreal and the south shore city of Longueuil that involved making political contributions in order to win favour for contract work.

Although SNC's business in Quebec does not represent a huge part of its global revenue, maintaining a clean reputation in its home province is important for winning contracts both domestically and in foreign jurisdictions.

Desjardins Securities analyst Pierre Lacroix said in a research note Wednesday that the green light is not expected to have a major impact on SNC and WSP results given that they both derive only a small portion of their annual revenue from Quebec public contracts.

But he added that the AMF decision "is a critical step in positioning SNC and WSP to bid on several big ticket transportation and power projects in the province in the next 3-5 years."

Under new CEO Robert Card, SNC has been working aggressively to restore its reputation and implement stringent internal ethics procedures and oversight.

The company said on Wednesday that the "rigorous application by the AMF of the [province's law on integrity in public works bidding] was one element that encouraged the Company to continue making changes over the last year."

"We have implemented a comprehensive ethics and compliance program, but we are aware that ongoing effort is required, and we are committed to continuous improvement," said Mr. Card.

SNC said the authorization will have a positive impact on the 18,000 employees in Canada and an additional 16,000 worldwide, "all of whom are supported by the Company's Canadian operations and supply chain."

The company also said it remains committed to reaching a settlement with the Quebec government over its alleged improper activities that is "comprehensive, final and fair." 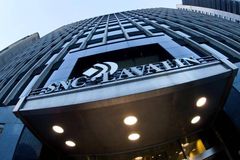 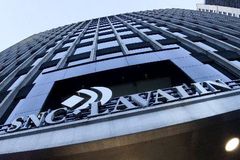 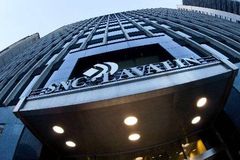