The scrap between Agrium Inc. and hedge fund Jana Partners is still Agrium's to win, but the fertilizer maker is finally starting to fight back like it realizes it could lose.

For months, Agrium simply scoffed at Jana's proposals, dismissing them out of hand without much detail. Jana would lay out a list of criticisms, backed up with pages of detail; Agrium would respond with a terse press release blowing them off.

When Jana went public last summer with its idea of splitting Agrium's fertilizer production business from its retail and distribution system, Agrium ginned up a total of six paragraphs, the nub of which was a statement from chief executive officer Mike Wilson saying "spinning off retail would expose Agrium shareholders to substantial risk with no sustainable benefit, and we will not be pursuing it." When Jana said in November it would run its own board slate, Agrium issued six more paragraphs in a release partly entitled "JANA's Attempt to Run its Own Slate Is Almost Certain to Fail."

Then Monday, Agrium spent 4 1/2 hours with analysts going through why its retail operations are great, and why Jana is off base. Why the turnabout?

It could be that Agrium was simply saving its best arguments until closer to decision day to keep them fresh in investors' minds. Jana came on the scene last summer, but a vote on the board won't come until May at Agrium's annual general meeting. So no point in using up your best shots too soon.

Or it could be that Agrium is hearing a few footsteps.

Agrium's dismissive attitude rubbed some shareholders the wrong way. And Jana's persistence has clearly come as a surprise to the Agrium side, within which there was a sense last fall that Jana might give up, sell its position at a profit and move on. Yet here we are in January, and Jana is trooping its board candidates across Canada in the depths of winter to meet shareholders, some of whom are warming to the Jana side. Jana has refined its proposal, de-emphasizing the polarizing idea of splitting Agrium, which has been a solid performer and which has a lot of credibility, and honing in on what will be more palatable to Canadian investors who control Agrium shares.

As one shareholder put it, on condition of anonymity, "perceptions are turning" and, in his view, Jana are "decent people who do their work" and the directors might add value. So give them a shot.

And therein lies Agrium's, and Mr. Wilson's greatest potential weakness – the why not crowd. As in "why not put a few directors nominated by Jana on the board." Jana is a big shareholder, it has spent a lot more time than most investors thinking about the situation at Agrium, so what's the harm in installing a few representatives as directors.

Mr. Wilson clearly knows that is the key risk, coming out with all his arguments against that notion, which Agrium suspects would create a Trojan horse in its own boardroom.

The amount of detail put forward by Agrium in its rebuttal is impressive – if you want to understand Agrium's retail strategy down to store locations in small American towns, you are in luck. Some of the points are compelling, such as a slide noting that the dollar value of share gains expected to come from a split has shrunk lately from earlier Jana presentations.

On the other side, the voluminous presentations from Jana are also long on charts and footnotes.

As always, it comes down to a trust me situation. On one side is the Canadian company with a solid track record, and a management team that has built a Canadian giant. On the other side is the American activist with ideas gleaned from the outside looking in.

Mr. Wilson clearly believes he has the trust of shareholders still. The majority are saying "we're behind you 100 per cent," he declared to reporters Monday. He's now setting off on the road for a couple of weeks to lay out his case to shareholders, at last with some meat on the bones.

And that's what shareholders deserve. 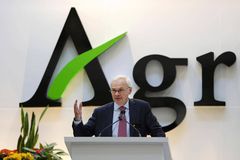 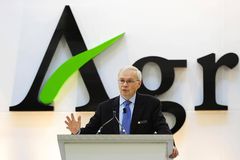 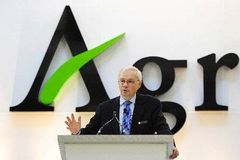