Well, that was not very exciting.

The first half of the year was pretty quiet, story-wise. It was like watching a New Jersey Devils game back when they ran the trap. Sure, people were out there playing hockey. And they even won games. But it wasn't much to look at.

Same for the past six months in deals. There was no giant and potentially messy Barrick Gold Corp. financing, no complicated BlackBerry Ltd. rescue, no threat that Verizon Communications would invade the Canadian telecommunications market. There were no unexpected government denials of transactions (that we know of). The big deals announced so far have been largely clean and sailed through with few issues. They were, in short, kind of boring. Which is good if you're an executive doing the deal, and less good if you are me.

What could make my life more interesting in the second half of the year?

The government has done everything it can think of (and even some things where it may not have been thinking) to create a fourth national wireless carrier, one of the Harper government's main policy objectives.

Yes, this could be tilting at towers that look like windmills but are actually cellular antennae in disguise. You can argue the merits of the policy with Stephen Harper the next time you see him. He doesn't really talk to reporters so it's not like we can ask him.

Nonetheless, the government has lined up all the ducks as best it can for someone. That most likely someone at this point is Quebecor Inc., which is owned by a separatist (Pierre Karl Péladeau) and nominally run by a federalist (Brian Mulroney) – albeit a federalist whom Stephen Harper is supposedly not all that fond of.

Beggars can't be choosers. But a great storyline.

2. The changing of the guard at the TMX Group

Chief executive officer Tom Kloet is stepping down Aug. 31, and there is no word on his successor. Under Mr. Kloet, the exchange operator changed dramatically – his move to merge with the London Stock Exchange's parent company led to a counterproposal from the so-called Maple Group, a bunch of Canadian financial institutions that had a very different view of what should happen. They created what they pitched as a Canadian champion, resulting in a stronger TMX. At least theoretically, as the combination of the TMX and its biggest domestic stock market competitor also led to a complicated, very Canadian outcome – a huge set of rules on how the company could be run to limit its market power and ensure regional happiness. It is not an easy beast to maneuver.

One of the first tasks for any new boss will be to decide what tack to take on the debate about high-frequency trading, which has increased in pitch since the Michael Lewis book Flash Boys was published; and to decide whether TMX wants to go ahead with projects such as a microwave connection to New York, which would potentially stir that debate even more. At last check, the TMX had no update on the microwave idea.

And in the bigger picture, is TMX done with consolidation? One deal that was out there for a time was a potential tie-up with the operator of the Nasdaq. TMX is still smaller, but now trades at a significantly higher earnings multiple. Something like that could be fun.

3. Mining mergers and acquisitions pick up

Admittedly, that's not saying much. Even a slight pulse in the mining M&A market would count as a big improvement. Yes, yes, I know there are lots of mining executives out there who have money and an appetite.

There's Mick Davis, Aaron Regent and even now Tye Burt. But I'm not betting on this one. Wake me when the mining market wakes.

There are signs that what many (including myself) expected to happen this year actually happens: Canadians start shrinking their debts.

Figuring out a way out of that will occupy policy-makers through the second half. And who doesn't love a good policy conundrum?

5. The government faces another tricky deal

Bankers say they have a few things in the hopper that are going to make the government nervous (caveat: Bankers always say stuff like this, but this time it has a more real ring to it.). Nobody has tested Ottawa in some time.

After Potash Corp., the oil sands and telecom, nobody's quite sure what happens the next time a contentious deal comes up.

The best part about this job is it's never boring for long. 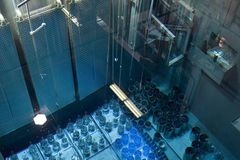