A Canadian regulator has fined a senior executive at National Bank Financial Inc. $90,000 after he struck a pact with a client to gain unfair access to a company's newly issued bonds.

On Feb. 1, the Investment Industry Regulatory Organization of Canada (IIROC) approved a settlement with managing director Sean St. John, claiming he "failed to respect the fair allocation process" required by trading regulations and the bank's own policies. Mr. St. John is head of fixed income at National Bank Financial and has worked at the bank since 1996.

The infractions date back to September, 2012, when National Bank was co-lead on a deal helping a company issue new bonds. In the days leading up to the issuance, Mr. St. John came to an understanding with an unnamed institutional client, which bought $30-million of the paper. Under the informal agreement, the client then sold $10-million from its allotment back to National Bank, allowing the bank to trade the bonds and support the market for them.

National Bank's unnamed institutional client initially expressed reservations, but agreed to sell debentures back to the bank, concluding they were "business partners in the long run," according to IIROC documents.

The financing closed on September 19, 2012. The regulator doesn't name the company issuing new debt, but on that date, mining company Sherritt International Corp. offered $400-million in senior unsecured debentures through a syndicate led by National Bank and Bank of Nova Scotia.

Because demand for the new debentures exceeded supply, only four of 45 client accounts received a full allocation when the debentures were sold. As a result of his side deal, Mr. St. John secured preferential access to the bonds for National Bank, ahead of its own clients. National Bank's internal policies dictate that the bank must make "bona fide efforts" to distribute the full debt offering to clients, and "best efforts" to ensure client orders get priority over "inventory or non-client accounts."

Mr. St. John then compounded his misconduct the day after the debt offering, buying $250,000 worth of debentures on the secondary market for his personal account without proper approval. For an executive in his role, National Bank policy requires that his trades be reviewed in advance by the compliance department, but Mr. St. John didn't get that permission.

He therefore "failed to act fairly," but reaped "no personal investment gain" from his personal purchase, according to IIROC.

IIROC opened a formal investigation in 2015, and National Bank conducted its own internal review, electing to keep Mr. St. John in his role as head of fixed income. "Sean was very co-operative and he is still a valued member of our team," a National Bank spokesperson said in an e-mail. "We are committed to the highest ethical standards and will remain so." 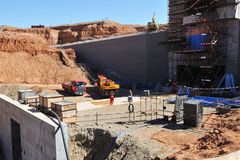 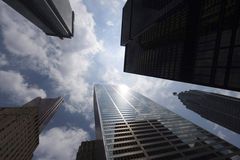 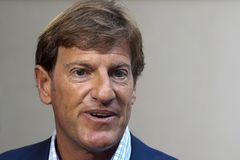