Bank of Nova Scotia bills itself as Canada's most internationally diversified bank. But as economic woes hit many of the markets in which it operates, the bank's message is adapting.

Scotiabank has made it painstakingly clear in recent conference calls, executive discussions and interviews that it is not diversifying into all emerging markets, but rather focusing on Mexico, Peru, Colombia and Chile – the four countries that comprise the Latin American trade bloc known as the Pacific Alliance.

These economies continue to perform relatively well, while many other emerging markets are struggling as commodity prices sag, current account deficits rise, currencies gyrate and once-stellar economic growth evaporates – dragging down any stock associated with them.

That includes Scotiabank: Its share price has fallen more than 21 per cent from its high last year, or about double the decline of its Big Six peers who are more grounded in developed market economies. Clearly, the bank believes investors aren't taking much notice of Scotiabank's distinction when stock markets turn volatile.

"What we have said is, we are invested in the geographies that have stability, good demographics, a history of regulation and good central bankers – and that's the Pacific Alliance countries," said Dieter Jentsch, group head of international banking at Scotiabank.

It's not hard to find the reason driving the campaign to correct the market's apparent misunderstanding of the lender's international business model.

Countries such as Brazil are defining sentiment toward all emerging markets. Its economy has contracted for five consecutive quarters and Standard & Poor's last week downgraded the country's credit rating to junk, or non-investment grade. Its main stock market index is near six-year lows.

Who wants to be associated with that mess?

Certainly, Scotiabank is exposed to it. It operates in 37 areas in Central America, Latin America, the Caribbean and Asia – emerging markets that are home to about $115-billion of the bank's assets.

But Scotiabank points out that the Pacific Alliance is a key component of that international exposure. Operations in Mexico, Peru, Colombia and Chile account for more than 60 per cent of the bank's international customers. If the trade bloc was a country, it would have the world's sixth-largest economy, just behind Germany.

More importantly, the group of countries has a relatively good story to tell. While Brazil's economy contracts, Peru's economy is expected to expand by 3.6 per cent next year, according to the International Monetary Fund. Mexico, the biggest economy of the four, is expected to grow 2.8 per cent.

Inflation within the bloc is 5 per cent or lower, versus 9.6 per cent in Brazil. The bloc also has a bigger exposure to the U.S. economy, in terms of exports, and a lower sensitivity to commodity prices.

"If you look at the four Pacific Alliance countries, energy and the mining complex would be less than 15 per cent of total gross domestic product," said chief executive officer Brian Porter at last week's Financials Summit. "If you take Chile for instance, Chile is a net importer of oil, so they are a beneficiary of lower commodity prices."

It's an interesting point – but the market appears to have a stubborn refusal to accept it. Scotiabank's share price in 2015 continues to lag most of its peers.

Mr. Jentsch believes there's a wait-and-see approach at work here. The bank has said to analysts that its international results should improve in the second half of 2015, with third-quarter results suggesting it is on track.

"The market is hearing what we're saying, but it is also waiting to see it show up in our numbers," Mr. Jentsch said. 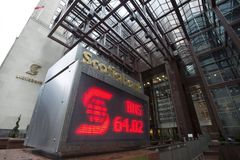 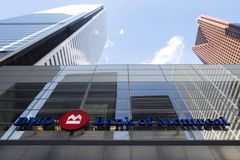 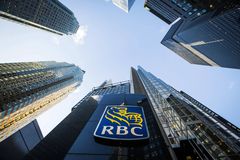