For all the recent talk of Canada's bounty of emerging tech superstars, very few have gone public. The only big Canadian tech IPO in 2015 was Shopify Inc., and in 2014, Kinaxis. In fact, the normal rate for Canadian high-tech IPOs is one to two a year.

Is this the year Canada finally overflows with tech initial public offerings?

Don't hold your breath – but don't give up hope. The North American tech IPO market has gone cold and might not improve until late 2016 at the earliest. "We're in a bit of a dry spell," said Alex Graham, head of communications, media and technology investment banking in Canada for RBC Dominion Securities Inc. "Clearly there is an enthusiasm deficit."

That said, there's a good chance we'll see two or three big Canadian tech IPOs in 2016, and many more soon after. "There are a lot of great companies … that have taken the preparatory steps to be ready to go public when the window reopens," Mr. Graham said.

Mississauga-based health-care software provider PointClickCare filed in September to go public on the Nasdaq and the Toronto Stock Exchange, with RBC acting as joint lead bookrunner. It is expected to pull the trigger when markets improve. Also likely to go in 2016 is Real Matters Corp, a Markham, Ont., real estate information provider. Vancouver online shoe seller Shoes.com has said it is eyeing an IPO as early as this fall, led by the team that ran public online eyewear merchant Coastal Contacts Inc. before its 2014 sale. And marketing software firm Vision Critical could go public as early as fall after selling its non-tech division recently.

"We're hoping there will be a couple" of Canadian tech IPOs this year, said David Wismer, head of technology investment banking with BMO Nesbitt Burns Inc. He declined to discuss specific names (BMO is advising Real Matters and Vision Critical). "There's continued interest in looking at tech IPOs once the market stabilizes." But he cautioned, "The IPO market is usually the first to close and the last to open."

The big question is the United States, home to many of the world's most valuable tech companies. But its typically robust tech IPO market has had a bad run, partly due to economic uncertainty and market volatility.

Many newly public U.S. tech firms trade below their IPO prices and there hasn't been a U.S. tech IPO priced since December. Subscription software company valuations have tumbled, leading mutual fund giant Fidelity to write down stakes in late-stage private tech firms it has bought into in recent years.

Worse, many U.S. startups that raced to achieve "unicorn" status (valuations exceeding $1-billion U.S.) now have a hangover: Some have been forced to do subsequent financings at lower valuations or to issue a flood of extra IPO shares to late-stage investors to protect their investment.

Those lining up to go public are being told to focus on their bottom line. "The market is looking for technology companies to come to market closer to profitability than before," said Vision Critical chairman Ian Giffen, a veteran of many tech company boards. "That's a big change."

Some market observers hope the thaw is already starting. Sanjiv Samant, Canaccord Genuity's head of technology, media and telecom investment banking, said, "We're starting to see early signs of stability and investor confidence return to market" with a range of companies securing public markets financing recently. "We are looking to the fall to see a potential IPO window open up again."

"I think 2017 could be lining up to be a very interesting year [for tech IPOs], said John Ruffolo, CEO of pension giant OMERS' venture capital arm and a backer of many late-stage Canadian startups. "The bench strength is deeper than I've ever seen." 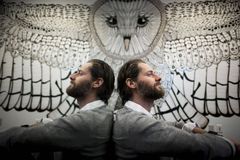 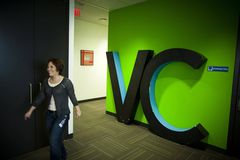