The race is on for one of the country's hottest retail sites after Sears Canada Inc. abandoned its flagship store at the Toronto Eaton Centre.

U.S. department store Nordstrom Inc. is in talks with the mall's owner, Cadillac Fairview Corp., to move into the space – and could be close to a deal, industry sources said. La Maison Simons Inc., a top Quebec retailer that is expanding beyond its home province, is also vying for space at the prestigious mall, while Saks Inc., which is the process of being acquired by Hudson's Bay Co., would consider moving into that location, sources said.

The battle between big-name retailers underlines the scarcity of prime retail locations in Canada's biggest urban markets. It is a fight that has become too expensive for Sears Canada: The company is selling the lease to its Eaton Centre location and four other outlets for $400-million because it believes it can earn more from the transaction than from continuing to operate those stores.

"The best stores – there's going to be a dogfight over them," said Jim Danahy, managing principal at consultancy CustomerLAB and director of the Centre for Retail Leadership at York University's Schulich School of Business.

Cadillac Fairview was determined to replace Sears with a better performing retailer such as Seattle-based Nordstrom, that could generate more sales and pay more rent, sources said.

Nordstrom spokesman Colin Johnson said the retailer has "been pretty consistent all along about the fact that we'd like to be in downtown Toronto."

On Tuesday, Sears confirmed its agreement with Cadillac Fairview (and, in one property, co-owner Ivanhoe Cambridge) to sell back leases in the Eaton Centre and Sherway Gardens in Toronto, London-Masonville in London Ont., Markville Shopping Centre in Markham, Ont. and Richmond Centre in Richmond, B.C. The first three Sears stores will shut by Feb. 28, 2014, and the last two a year later. The move affects 965 employees.

Nordstrom has had its eye on the Sears location in the Toronto Eaton Centre for a while, industry sources said. For Nordstrom, the space is especially valuable because it would act as a billboard for a retailer that isn't as well known in Central and Eastern Canada as it is in Western Canada.

For Sears Canada, the sale raises questions about its turnaround prospects. When the deal is completed, the company will have vacated a total of 10 stores, with an option for an 11th – many in top locations such as Toronto's Yorkdale Shopping Centre and Pacific Centre in downtown Vancouver. Nordstrom picked up Sears' Vancouver location as well as ones in Calgary and Ottawa. They are among the first five stores it has confirmed for Canada, with openings starting next year.

Sears was in the middle of a transformation strategy when its chief executive officer, Calvin McDonald, left unexpectedly last month. His replacement, Doug Campbell, said on Tuesday that the retailer will continue along the same path that Mr. McDonald set.

Mr. Danahy said Sears is in a precarious situation: If it puts the $400-million it generates from the lease sales into improving the stores, it will show that the merchant is serious about its transition strategy for its remaining 111 stores. But if the money flows straight to shareholders, including U.S. parent Sears Holdings Corp., and its controlling shareholder, Edward Lampert, it will suggest that the moves are "an exit strategy" from the Canadian market, Mr. Danahy said. "This is the test."

Peter Simons, CEO of Simons, said in an interview that he is interested in looking at all the store sites that Sears is vacating, including the Eaton Centre. Outside of Quebec, Simons is in West Edmonton Mall and has deals to open Vancouver and Ottawa stores. He has talked to Cadillac Fairview in the past about Sears' downtown Toronto Eaton Centre site. "I like that spot," he said. It fits in with our plans."

Cadillac Fairview has even contemplated splitting the space and renting it to two retailers, Mr. Simons said. "It's a big space." Splitting it in two was a possibility. I think it would be a good possibility."

Officials at the real estate firm declined to comment. 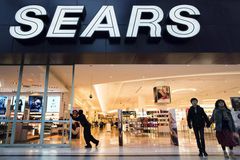 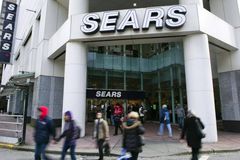 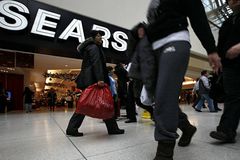 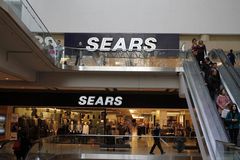 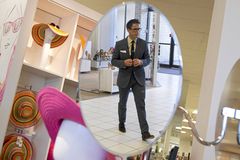