JAMES MARTIN
Special to The Globe and Mail
Published October 6, 2017 Updated May 1, 2020
Comments

Three years ago, there were so many filing cabinets crammed into the Vaughan, Ont., offices of Ambient Mechanical Ltd., the in-house joke was that soon they would need forklifts to handle all their paperwork.

"Then we started to use heavy-duty rolling racks for our files," recalls David Ferracuti, vice-president of sales. "That's when we knew we had to find a new way."

Ambient Mechanical provides HVAC (heating, ventilation and air conditioning) services to office towers, condos, commercial properties, hotels and hospitals across Southern Ontario. Founded in 1982, the firm has 60 employees and more than 3,500 clients, many of whom hire Ambient to service multiple properties. Ambient's technicians need to be able to access building histories, so off-site storage of customer records was not an option. Factor in the standard practice of keeping records for the past seven years, and the office was swimming in paper.

In June of 2014, the company started designing and implementing a digital customer relations management (CRM) system. When the digital system went live a year later, says Tony Mammoliti, vice-president of operations, "It was a pivotal moment in bringing all the facets of the company into the digital era."

The company hired Toronto-based Rimrock Corp., a software consulting firm, to integrate two out-of-the-box Microsoft software solutions: Dynamics for CRM duties, and Great Plains for accounting. Rimrock had previously developed the FieldBoss app for elevator service technicians working in the field. Rimrock worked with Ambient to integrate FieldBoss with Dynamics and Great Plains to accommodate the specific demands of the HVAC industry.

Before, Ambient technicians on a service visit would need to phone into the office for information about a client, a property or a specific piece of equipment. Someone would have to find the appropriate filing cabinet, pull the file, and recite the information.

Now, technicians can pull up the service history of a particular job site on their smartphones. "It cuts down on the back-and-forth time but it also improves the technician's understanding of what was going on that they were not a part of," says Mr. Mammoliti. "They're able to see previous service calls. Who's been there? When? What's been done? They can see what's been recommended [but not implemented], and be able to say, 'It's time to replace that unit we talked about six months ago.'"

"Just today, a client called up and said, 'I could have sworn you did that same repair back in January.' I was able to go online to find that building's history, while I had the customer on the phone, and then explain that those repairs had been done at one of their seven other locations." Mr. Mammoliti laughs: "Before, I would have had to pull twenty files from a filing cabinet and then answer the question two weeks later."

The technicians close their service call tickets through their smartphones – clients sign off on the touch-screen – as soon as they finish the job. The CRM is integrated with the accounting system, which has cut the billing cycle in half. Invoices are now usually issued within a week, and sometimes even the next day; previously, it could take as long as five or six weeks during high-volume periods. Bills get paid quicker, says Mr. Mammoliti, and customers are more accurately able to allocate their funds: "Everyone has to do month-end reconciliations, and the last thing they need is a bill coming in three months later."

Nour El Kadri, a professor at the University of Ottawa's Telfer School of Management, taught CRM for five successive years, "and every year, I would change probably half the course – that tells you how quickly things are changing." He says technology is giving businesses new tools to make good on the evergreen fundamentals of CRM: engage a potential customer, perform a transaction with them, and then try to make them repeat customers.

"Where I see CRM venturing in the future is into big data analytics, beyond data mining," says Dr. El Kadri. "If you can segment your customer base, then you can better engage with them. There are lots of tools these days."

Ambient's Mr. Ferracuti is already seeing those benefits. "I'm able to easily pull up all the quotes [that we issued] in the last 90 days. We know who to follow up with. Or, if I want to do a targeted sales blitz, I can call up our top 20 condo high-rise customers, for example, at the touch of button."

Ambient's digital CRM system cost about $250,000 to implement, with monthly operational costs between $25,000 and $30,000. In addition to improving customer service, he says the system has allowed the company to increase its annual sales by 15 to 20 per cent, "without growing our admin team at all." One administration person can now handle more sales calls than two swamped administrators in the past.

Ambient is now working toward giving the clients themselves direct access to their HVAC histories. As Ambient collects more data, they're starting to be able to do analyses that would have been too time-intensive to consider executing with paper. The system can, for example, drill down to specific equipment, giving customers valuable life-cycle cost analyses that will help them make smarter decisions about when to repair faltering units and when to invest in an upgrade.

Dr. El Kadri says there is "absolutely a demand" for this type of detailed self-serve info. "This makes your supply chain more efficient," he says. "Many organizations implemented ERP [enterprise resource planning] systems to integrate departments – marketing, manufacturing, research, so on – so they could all have the same view of the data. Now they're saying, 'Why can't we do that with other parts of the supply chain?' Customers, suppliers, partners, distributors: That type of integration is meaningful and creates benefits for both sides. You can know demands ahead of time. Your customers can forecast their lead times in a better way. They will know offerings, demands, challenges – that visibility helps them plan better."

Ambient is enjoying another benefit to not having all those filing cabinets.

"We were completely cluttered," says Mr. Mammoliti. "We have a cleaner environment. And we're very big on health and safety, and now we don't have these rolling racks in the office." He estimates that they were able to dispose of 85 per cent of their storage units.

"Clutter can inhibit creativity or productivity," says Kathryn Thomson, lead designer at the Calgary branch of Truspace, a cross-Canada office design firm. "The impact can be gradual. People can become overwhelmed with clutter, and then feel like their work can never be done. And clients may not have a very favourable impression of a cluttered environment."

Ms. Thomson says this kind of "restacking" is an invaluable exercise because it helps "understand how people work and where they should be in relation to each other." The advantages, she says, are many. "After a restack, we see more work being done, because people aren't chasing each other on different floors. They're more collaborative; different departments that didn't talk to each other before can now create synergies through face-to-face interactions – even if it's instantaneous, unplanned conversations instead of scheduled meetings."

“People were scattered all over before,” says Mr. Mammoliti. “Now they’re together in an open environment, not a maze. It’s so much nicer.”

Five ways companies can help employees through tech disruption
May 1, 2020 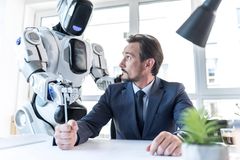 DIY logos easy to create with artificial intelligence
May 1, 2020 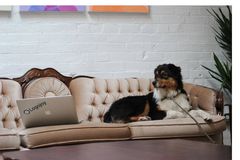 As ad agencies face disruption unimagined in Mad Men era, how one company leveraged tech
May 1, 2020 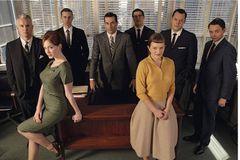 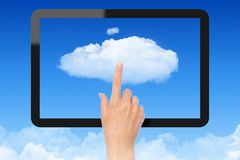 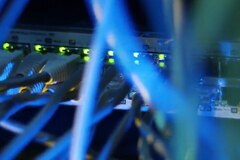