These are stories Report on Business is following Wednesday, Dec, 4, 2013.

Economies 'on life support'
As the Bank of Canada unveiled its latest in policy today – as expected, little change – a new report looks at how major central banks are still propping up their economies and why interest rates are going nowhere fast.

"Ultimately, the combination of modest growth and low inflation has forced monetary authorities to keep their foot on the accelerator," said chief economist Craig Alexander and senior economist Francis Fong of Toronto-Dominion Bank.

"In short, 'lower for longer' interest rates will remain a key theme for the foreseeable future," they added.

Europe: The European Central Bank cut its benchmark rate in November to 0.25 per cent from 0.5 per cent amid a "muted inflation outlook" and economic weakness that has driven down annual inflation to just 0.9 per cent from about 3.3 per cent in late 2011.

Japan: Japan has been fighting to end 20 years of deflation, and its central bank has meet with some success. It is buying trillions of yen worth of assets annually, trying to drive inflation to the 2-per-cent area.

U.S.: "The story is a bit more nuanced for the Federal Reserve." And what everyone wants to know is when the U.S. central bank might begin to cut back on its asset purchases. Probably next year, but rates will stay low for quite some time.

Canada: The Bank of Canada recently dropped from the language of its policy statement a signal of a rate hike at some point, and some observers are betting on an actual cut to drive up inflation, though that's not likely. But "our view is that the first hike will not occur until the second half of 2015, at the earliest," the TD economists said.

It involves what the European Commission today called participation in "illegal cartels in markets for financial derivatives," manipulation of key rates known as Yen Libor and Euribor.

"What is shocking about the Libor and Euribor scandals is not only the manipulation of benchmarks, which is being tackled by financial regulators worldwide, but also the collusion between banks who are supposed to be competing with other," Joaquin Almunia, the EC's competition chief, said in a statement.

"Today's decision sends a clear message that the commission is determined to fight and sanction these cartels in the financial sector."

JPMorgan said it settled with the EC where Yen Libor was concerned, which involved "two former traders during a one-month period in early 2007," but that it will "defend itself fully" against allegations related to Euribor.

Barrick to unveil shakeup
Barrick Gold Corp. is poised to unveil a major shakeup today, bringing in a veteran miner as its operating chief and adding a well-known investor to its board, The Wall Street Journal reports.

As The Globe and Mail reported earlier this week, Barrick founder and chairman Peter Munk is also expected to announce that he'll step down at the next annual meeting, leaving his co-chairman to take over the helm of the world's biggest gold miner.

According to The Wall Street Journal, Barrick will unveil plans to hire Jim Gowans, a long-time mining executive who has worked at De Beers Group, among others, as its chief operating officer.

Barrick will also add as a director Ned Goodman, the chief of Dundee Corp. and one of Canada's best-known investors.

Canada posts trade surplus
Canada is back in the black where global trade is concerned. But trade declined.

That surplus may be small, but it's the first in almost two years.

A 1.2-per-cent drop in imports far outpaced the 0.3-per-cent decline in exports

Canadian exports to the United States inched up 0.2 per cent, while U.S. imports climbed 1 per cent, narrowing the surplus with the country's biggest trading partner.

As for the rest of the world, both exports and imports slipped, the former by 1.7 per cent and the latter by 5.1 per cent.

In the United States, exports in October hit a fresh high, and the trade deficit narrowed to $40.6-billion (U.S.).

The number of homes that changed hands by way of the MLS system in greater Toronto last month came in 13.9 per cent higher than a year earlier, the Toronto Real Estate Board said today.

The average selling price for all types of homes in Greater Toronto was $538,881, up 11.3 per cent from a year earlier. The MLS Home Price Index benchmark, which seeks to account for any change in the types of homes that are selling, rose 5.7 per cent.

Meanwhile, Calgary's local real estate board said that sales in that city came in 19 per cent higher than last November. Vancouver's sales were up 37.7 per cent from a year earlier. But, with the city still recovering from a deep sales slump, last month's sales were 1.2 per cent below the ten-year average. They were also 12.8 per cent below the prior month's level.

Canada's sixth largest lender made $337-million last quarter, down from $343-milion a year prior. The bottom line was affected by charges such as severance pay and acquisition-related items like employee retention bonuses.

Excluding these items, National Bank earned $370-million, or $2.09 per share, up from $343-million. These adjusted earnings are in line with analyst estimates. Profits were higher in all three of the bank's business lines: personal and commercial banking, wealth management and financial markets.

National Bank also hiked its dividend by 6 per cent to 92 cents per share quarterly, a move that was widely expected, and announced plans for a two-for-one stock split. 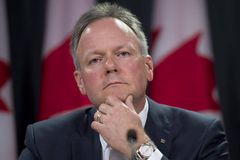 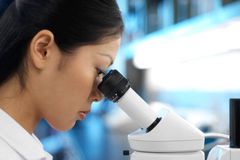