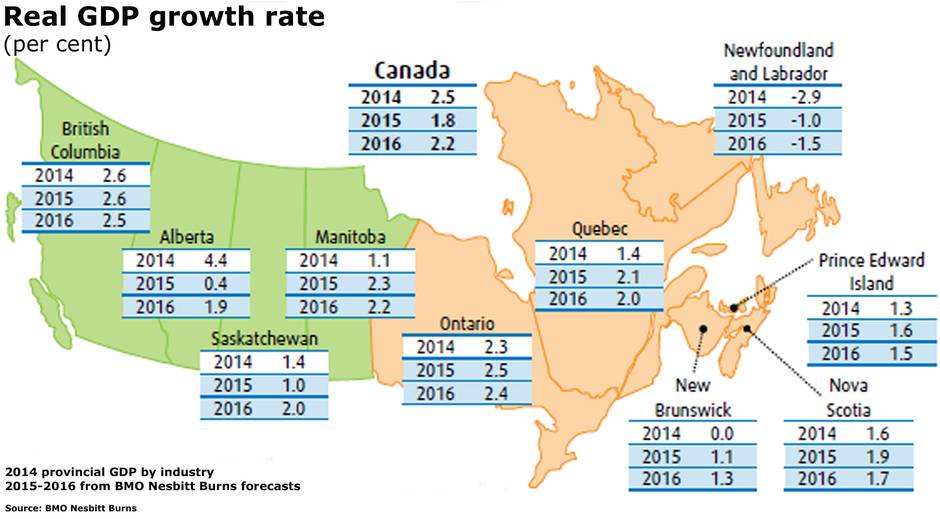 Here's a fascinating finding from BMO Nesbitt Burns: Canada's provinces are grabbing back about half of what the federal government is handing out in tax cuts and benefit increases this year.

Having parsed the numbers from most of the provincial budgets, senior economist Robert Kavcic calculated net increases in taxes and fees of about $2.5-billion for the current fiscal year.

Ottawa's goodies, in turn, are projected to be just above $5-billion.

Which means half of what you're getting in one pocket is being taken out of the other.

Depending on where you live, of course.

"British Columbia is the odd province out (no net taxes increase this year), while Quebec's total includes measures announced in the fall fiscal update," Mr. Kavcic said in a section of his report titled"The taxman cometh."

"Alberta saw the stiffest increase in the tax burden with personal income tax rates lifted on incomes above $100,000 in addition to a new health levy and a host of user fee increases - a looming election as we go to print will determine the fate of these measures."

Mr. Kavcic also released forecasts of economic growth across the provinces that show the oil-sensitive regions taking it on the chin and British Columbia leading the country.

"There has clearly been some appetite for change in Alberta after the FY15/16 budget leaned on taxpayers and spending cuts to fill some of the void left by lower oil royalties, little of which were banked during the prior period of high prices."Robert Kavcic, BMO 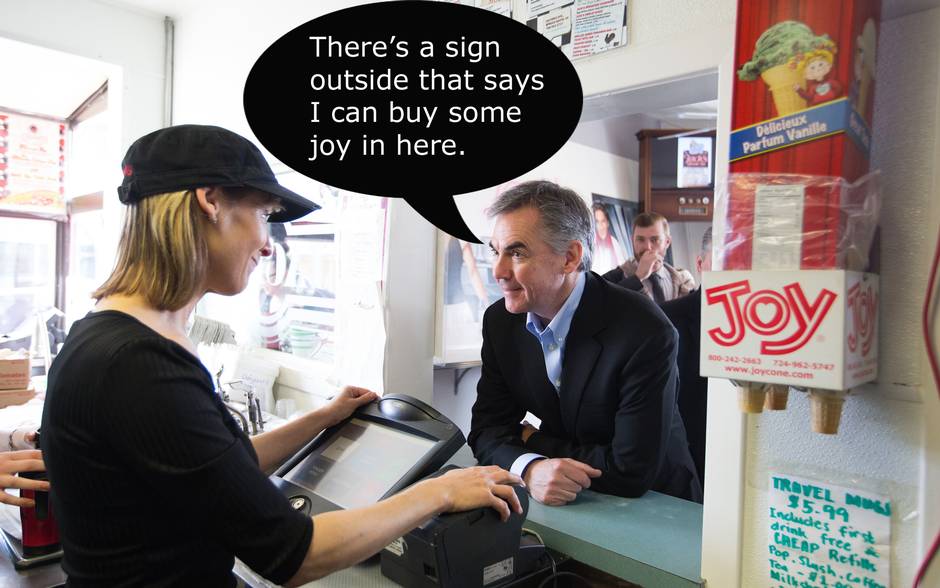 A conversation I'd love to hear

Alberta Premier Jim Prentice chats with owner Mandy Kenworthy through the order window during a campaign stop at Jack's Drive in Spruce Grove after announcing the provincial election on Tuesday, April 7, 2015. Amber Bracken for The Globe and Mail

The energy shock is driving Canada’s trade showing to a record losing position.

Not only did Canada’s trade deficit swell to a record $3-billion in March, but the February gap was revised sharply higher to show a shortfall of $2.2-billion compared to the original estimate of just $948-million.

“The non-energy deficit was little changed which means the huge swing to a record overall deficit was largely due to energy whose surplus sank to the lowest since mid-2012,” said senior economist Krishen Rangasamy of National Bank.

“We expect a rebound for that measure in April thanks to better energy prices in that month.”

As The Globe and Mail’s David Parkinson reports, imports climbed 2.2 per cent in March, while export gains trailed at just 0.4 per cent.

On the other side of the ledger, export volumes climbed 1.9 per cent, though prices fell 1.5 per cent.

“Today's trade release provides a great deal of clarity on the role net exports are going to play in the first quarter of 2015,” said Toronto-Dominion Bank senior economist Randall Bartlett.

“Indeed, the decline in export prices due to the lower energy prices and weaker loonie comes as little surprise, as does the advance in export volumes,” he added.

“Ditto for the increase in import prices and pullback in import volumes. As a result, net exports are expected to contribute positively and significantly to real GDP growth in the first quarter of 2015, in the order of around 1 percentage point.”

The rush to cut interest rates continues apace around the world.

Australia’s central bank cut its benchmark rate by one-quarter of a percentage point today, to 2 per cent, citing stronger household demand and jobs.

It also weighed in on the currency front, saying in its statement that the Aussie dollar has declined markedly against its U.S. counterpart over the past 12 months, albeit not as much against a broader basket of currencies.

“Further depreciation seems both likely and necessary, particularly given the significant declines in key commodity prices,” the Reserve Bank of Australia said.

That’s an issue for the loonie, as well, of course.

Having said that, Australia’s currency went in the other direction after the rate cut.

“AUD rallied, mainly as the RBA removed its easing bias, instead highlighting that today’s cut would reinforce recent encouraging trends in household demand,” chief currency strategist Camilla Sutton of Bank of Nova Scotia said, referring to the dollar by its symbol.

“From here, AUD is vulnerable to China’s data, but is unlikely to see fresh lows until we are closer to the Fed’s tightening cycle,” she added.

The European Commission is painting a slightly brighter picture for the region’s economy.

Not so fast, Greece.

That problem child aside, a new EC forecast today boosted projections for economic growth to 1.8 per cent in the European Union this year, and 2.1 per cent in 2016.

For the euro zone alone, the forecasts are 1.5 per cent and 1.9 per cent, respectively.

“Europe’s economies are benefitting from many supporting factors at once,” the EC said.

“Oil prices remain relatively low, global growth is steady, the euro has continued to depreciate, and economic policies in the EU are supportive.”

The EC cut its forecast for Greece, where the economy is now projected to expand by just 0.5 per cent this year and 2.9 per cent next.

There were 11,303 resale homes sold across the Greater Toronto region in April, 17 per cent higher than the number of homes sold a year ago. Average prices jumped 10 per cent compared to last April, to $635,932, driven by a surge in sales of expensive high-end properties.

Prices were up among all types of homes. Prices of resale semi-detached properties surged nearly 15 per cent to an average of $574,605 across the region. Townhouses jumped more than 20 per cent, to $474,143.

The Bottom Line: Should you tell co-workers what you earn?