These are stories Report on Business is following Monday, July 28, 2014.

Why the loonie could dip
A "vulnerable" Canadian dollar could dip further still after its half-a-cent loss on Friday.

It all has to do with shifting sentiment and developments in the United States later this week.

For now, the loonie, as Canada's dollar coin is known, stood late this afternoon at just above 92.5 cents U.S., having lost ground on Friday as the U.S. currency strengthened.

Here's how it works: According to the latest report from the U.S. Commodity and Futures Trading Commission, the net long position in the loonie climbed as of last week to $1.9-billion, the most bullish showing since early last year and a sharp reversal from the billions in shorts just a little while ago.

But over the course of July, the currency lost 1.3 per cent, and thus a divergence in the market that leaves the Canadian dollar threatened should speculators cut their long positions.

At some point, that divergence should correct itself.

"CAD sentiment has diverged from spot in July as a … build in the net long contrasts with a 1.3-per-cent decline in the currency, leaving CAD vulnerable to a turn," currency strategists Camilla Sutton and Eric Theoret of Bank of Nova Scotia said in a research note, referring to the dollar by its symbol.

"With speculative positioning in CAD at the largest net long since early 2013, perhaps there's a bit more room for some weakness to set in," he said today.

"That's especially the case with Treasury yields sitting (in some cases meaningfully) above [Government of Canada] yields from the 5-year maturity and beyond. Indeed, rates spreads, which were the dominant driver of the loonie's moves through much of 2011, 2012 and 2013, don't appear to have had much of an impact since the start of June."

At play this week is a meeting of the Federal Reserve, the first reading of how the U.S. economy performed in the second quarter of the year, and the key American jobs report, all of which could affect the greenback, and thus the loonie.

There's also Statistics Canada's measure of the Canadian economy fared in May.

Dollar plus dollar equals $74.50
Two dollar-store chains are getting together to form what they say will be the leading discount retailer on the continent.

Dollar Tree Inc. today unveiled a deal for Family Dollar Stores Inc., a cash-and-stock offer they value at $74.50 a share.

The marriage of the two would result in a chain with more than 13,000 shops in 48 states and five Canadian provinces, with sales topping $18-billion a year, they said.

"This acquisition will extend our reach to lower-income customers and strengthen and diversify our store footprint," Dollar Tree chief executive officer Bob Sasser said in a statement.

"By working together, we will be able to create even more value for home buyers, sellers, and renters, as well as create a robust marketing platform that will help our industry partners connect with potential clients and grow their businesses even more efficiently," Trulia chief executive officer Pete Flint said in a statement.

Court rules against Russia
An international court has handed down what is said to be the fattest arbitration award ever, a $50-billion ruling against Russia in the case of former Yukos shareholders.

"Yukos was the object of a series of politically motivated attacks by the Russian authorities that eventually led to its destruction," the panel at the Permanent Court of Arbitration said.

What to watch for
Investors may have one eye on the Fed meeting and the major U.S. economic indicators this week, but they'll have another on a raft of earnings reports from major North American companies.

The latest earnings season continues with reports from big U.S. players such as Procter & Gamble, Kellogg, Colgate-Palmolive and UPS, and Canadian heavyweights such as Quebecor and Suncor.

"Forget the Fed as a driver of equities, this cycle is almost all about earnings," said Derek Holt of Bank of Nova Scotia.

"Earnings per share sit at a record high, and the ratio of positive surprises to analysts' earnings estimates sits at about 78 per cent so far in the Q2 earnings season, which is higher than Q1 and close to the highs reached in the earlier days of the stock market's recovery." 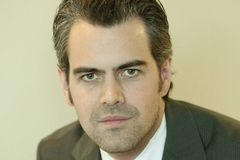 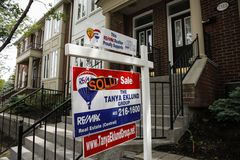