Canopy Growth Corp. is increasing its bench strength ahead of a push into the U.S. cannabidiol (CBD) market with the acquisition of BioSteel Sports Nutrition Inc.

While BioSteel is based in Toronto and generates most of its revenue in Canada, the deal is squarely focused on the United States, where the non-intoxicating cannabinoid CBD is becoming a mass-market phenomenon, and where rules around celebrity endorsements are less strict than in Canada.

“It’s focused on the U.S. to start because the law seems to be moving a little quicker down there, but it’s open season for whenever the laws change whenever they do in the world,” John Celenza, co-chief executive officer of BioSteel, said in an interview.

Dallas Cowboys running back Ezekiel Elliott, who is already signed to BioSteel, has agreed to be the “leading endorser” of BioSteel’s CBD-infused products, according to the company. But that can only happen once the National Football League starts allowing athletes to use CBD in competition.

The four main North American professional sports leagues – the NFL, Major League Baseball, the National Hockey League and the National Basketball Association – still don’t permit the use of CBD. The PGA Tour has taken a more liberal approach to the drug, but has cautioned players against using CBD products that have elevated levels of tetrahydrocannabinol (THC), which the professional golf circuit does not permit.

“I think all the major sports in North America are looking into it, and I think it could kind of snowball quickly," Mr. Celenza said.

The acquisition is part of Canopy’s broader U.S. CBD strategy, which includes the development of hemp-processing facilities in New York and Illinois, contracts with hemp farmers across the U.S. and a marketing deal with Martha Stewart. The speed with which Canopy can start selling CBD-infused products, however, depends on a shifting regulatory landscape in the U.S.

Hemp-derived CBD was removed from the U.S. Controlled Substances Act last December, opening the possibility for widespread use in food, health and beauty products. But the drug is now regulated by the U.S. Food and Drug Administration, which has yet to permit the sale of CBD-infused food products.

It’s unclear if and when the FDA will change its rules around CBD-infused food. “We don’t have an exact date to point to but are confident momentum is building," said Jordan Sinclair, Canopy’s vice-president of communications.

“We do not see the transaction changing sentiment for the shares until the company’s growth/execution improves in the Canadian market or there is significant de-risking of CBD products in the U.S. (i.e. favourable FDA guidance, product approval by a major sports league),” Mr. Miehm wrote.

Canopy and BioSteel will have a tougher time bringing infused products to Canada. CBD is still classified as a cannabis product under federal law, meaning that CBD can only be sold in licensed dispensaries or directly to medical patients. Canada also has a strict marketing environment for cannabis and takes a hard line against celebrity endorsement.

“At the end of the day we’ll play with the cards we’re dealt [in Canada],” Mr. Celenza said. 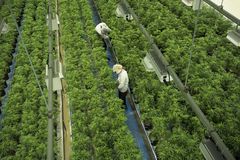 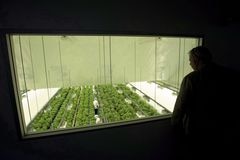