Rory Bushfield has joined the carnival, Nitro Circus, a juggernaut of extreme sports. Mr. Bushfield's expertise is "contraptions," specifically roller skis, on which he rips down a 12-metre-high wooden ramp, whips off a large jump, and pulls a big double backflip before returning to earth.

Joining the circus. This is life after death.

A year ago, Mr. Bushfield was in a Utah hospital. His wife, Sarah Burke, the pioneering halfpipe skier, had fallen on a routine trick during some work in a halfpipe in the nearby mountains, which caused a cascade of disaster, a ruptured vertebral artery, a brain hemorrhage, cardiac arrest, a cessation of oxygen to the brain.

Nine days later, she died, on Jan. 19 at age 29. Her accident, and death, sparked a massive outpouring of grief, one that reverberated far beyond the closely knit action-sports community. Ms. Burke was little known outside the business in which she worked, where she was already legend. Only in death did one of Canada's great athletes become a household name in this country.

Mr. Bushfield, who has made and makes his living on the edge, in big-time ski films and other exploits, first met Ms. Burke when the two were teenagers, both at the time aspiring mogul skiers. A relationship began some years later and the two were married in 2010. They had known each other for half a lifetime.

"It's the one thing," said Mr. Bushfield in an interview from a Red Bull competition in Les Arcs, France, this week, "that I really want to convey. Sarah, you know, the last thing she would want is anyone to be scared to do what she did. The only thing she wanted is for other people to learn about doing awesome things and how it improved your life, the way you live. She's inspired people to get outside, her whole life. She loved it. It's what I live for, to do awesome outside things. And she did, too."

They lived their life in the mountains and when they weren't on snow they were on some other wild adventure, hiking, biking, living. Realms where beauty is a constant cascade, and danger always lurks, though not any more so than on gruelling commutes or highway drives anywhere in winter.

Mr. Bushfield's a guy with an easy laugh, laughing all the time, laughter that punctuates so many of his sentences where others settle for periods or commas. The 29-year-old grew up on a grain farm, his dad growing mostly barley, north of Calgary, and has an infectious personality, has always pulled others to him, a crazed and fearless happiness that made him a mainstay in films by industry-leaders Matchstick Productions, Teton Gravity Research and Sherpas Cinema. He proposed to Ms. Burke by stamping "Marry me Sarah" into a remote mountain slope and toured her over the site in his single-engine Cessna 172. He presented the ring. "If she hesitated, which she didn't, I was going to dive bomb into the mountain until I got the answer I wanted," he said on a website he and friends have, called the Kids.

After her death, Mr. Bushfield was lifted up by the life and spirit of all the skiers and athletes the couple knew. The love and support has helped carry him through. There is his work, his many second loves: skiing, biking, surfing. Home is Squamish, between Vancouver and Whistler, and earlier this month, he was in Mexico, surfing. "Barrels all day bro," Mr. Bushfield said by e-mail of the ideal conditions. An e-mail from Les Arcs a couple days before the interview: "Pow all day bro." The Nitro Circus has been major salve – the riotous crew signed Mr. Bushfield last year for his bona fides but also because of their huge respect for Ms. Burke, to help Mr. Bushfield through the terrible time.

"In the circus with the lunatics," Mr. Bushfield said from France, laughing, of course. Driving race cars, shooting guns, backflips on roller skis, "doing all kinds of fun stuff – it's good, it's wicked, it's like a vacation for me, it's not work."

It is Mr. Bushfield's way of getting by, of being alive – and, fundamentally, honouring the memory of his wife, who wouldn't have wanted it to be any other way. Ms. Burke's memory is almost always present, whether it is the handwritten "Sarah" sticker that he has stuck on the underside of the brim of a ballcap, the one those closest to Ms. Burke wear, or the picture of her on the front page of his website. "Sarah was my light and the one who I lived for," Mr. Bushfield wrote two weeks after her death. "I watched Sarah overcome any obstacle in her way, always trying to improve even though it seemed like she couldn't get any better and all the time she would be smiling. I am going to try to do just that and you guys should too."

When they met, as teenagers, Ms. Burke and Mr. Bushfield had a shared dream: the Olympics. Mr. Bushfield gave up moguls, and the Olympics, when he finished high school, and worked his way into the milieu of Matchstick Productions. Ms. Burke, too, gave up moguls, but she found the halfpipe, and never gave up on the Olympics, fighting for her sport – women's halfpipe – through the years, efforts that first propelled the event onto the testosterone-soaked X Games roster and then, finally, the Olympics for a debut in Sochi, Russia, next year.

Mr. Bushfield will be there. It is part of her memory, being there. He was there last September, in Toronto, when Ms. Burke was posthumously inducted into the Canadian Olympic Hall of Fame. He will be there at X Games in Aspen next week. "Just try to smile," he said. "Try to instill that Sarah would be stoked on everybody."

"Final word, dude, I guess: live." Mr. Bushfield laughs, because it's what he knows best. "Live your life, and don't be scared." 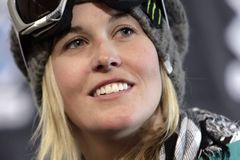 Remembering Sarah Burke - ‘the most amazing girl ever’
September 20, 2012 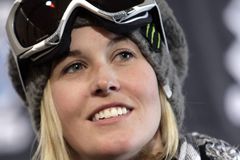 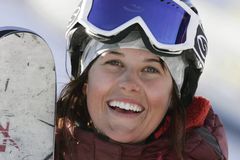 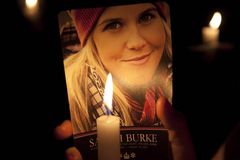 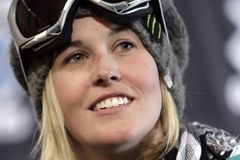 At the Winter X Games, Canadians soar for Sarah
January 29, 2012 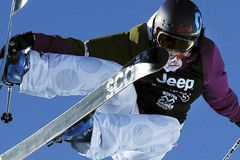 YouTube Hero: Dying for the camera in the age of extreme sport
January 26, 2012 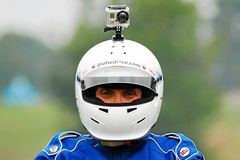 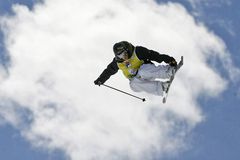 Above and Beyond: Why heaven is a halfpipe for Rosalind Groenewoud
January 5, 2013 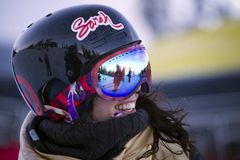 Turski finds her niche thanks to slopestyle skiing
December 20, 2012 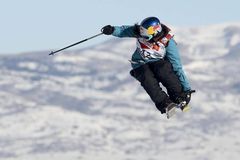