After close losses in the last two Tim Hortons Brier finals, Brendan Bottcher’s Alberta team is well aware of the importance of having the hammer in the championship game.

They moved a big step closer to that goal Friday by locking up first place in the championship pool and securing a berth in the 1-2 Page playoff game.

Bottcher dumped Ontario’s John Epping 10-3 in the afternoon draw for his ninth victory.

“If we keep playing like we’ve played up to now, I think our team is capable of winning the Brier,” Bottcher said. “If we play anything less than that, I think we’re going to have our work cut out for us.”

Bottcher improved to 10-1 in the evening with a 4-2 win over Team Wild Card’s Mike McEwen.

Saskatchewan’s Matt Dunstone (8-3) moved up to the No. 2 seed after a 6-5 win over Brad Gushue (8-3), a result that knocked the veteran Newfoundland and Labrador skip down to the 3-4 Page game.

Dunstone, who has delivered a variety of game-winning shots this week, came through again with a double-takeout for the victory.

“I’m a man of many words often and I actually don’t know what to say,” said Saskatchewan coach Adam Kingsbury.

Ontario beat Northern Ontario’s Brad Jacobs 10-6 to leave both teams at 7-4 along with McEwen and Canada’s Kevin Koe. Those four teams will play tiebreakers to determine the fourth seed.

“We knew what we had to do out there and we needed a little help from the other teams on the ice,” Epping said. “It all worked out well for us.”

Tiebreakers will start Saturday morning and the winners will meet in the afternoon.

Epping ended Northern Ontario’s six-game winning streak by taking control after Jacobs tried a tap for three in the ninth end. Northern Ontario settled for one and Ontario had hammer coming home up one.

“We’re able to beat anyone when we play good,” he said. “But it’s just consistently we haven’t been able to crank it up and stay there.”

The Koe rink closed the championship round with a 7-3 win over Manitoba’s Jason Gunnlaugson and then the dominoes fell their way.

Hebert was one of several players who stuck around at ice level to watch the remaining games Friday night. It turned out that 5-6 Manitoba was the only team that would be eliminated.

“I think it’s a long time since 7-4 got you into something at a Brier,” said Northern Ontario third Marc Kennedy. “That just shows you the depth of the field and how good everyone is.”

The winner of Saturday’s 1-2 Page game will advance directly to the final Sunday night.

Bottcher’s side didn’t start with hammer in its 2018 final loss to Gushue or last year’s defeat against Koe.

It gave those veteran skips more control and they were able to secure the last shot late in the game and use it to their advantage.

“Our goal was to get to the 1-2 game to give ourselves the opportunity to get hammer in the final,” said Alberta third Darren Moulding. “We’re happy that we’ve achieved that goal but the hardest part of the Brier is still coming.”

The top eight teams in the Canadian rankings made the eight-team cut for the championship round.

The winner of the 3-4 game will advance to the semi-final Sunday afternoon against the loser of the 1-2 game. The semi-final winner will move on to the final.

“It’s going to be a great finish,” said Kennedy. “Whoever it is, every team out there right now is good enough to win this thing and represent Canada.

“So you’ve just got to make a ton of shots.”

The Brier champion will wear the Maple Leaf at the March 28-April 5 world men’s curling championship in Glasgow, Scotland.

Opinion
The Brier is curling’s celebration of its old-timey values and classless society
March 6, 2020 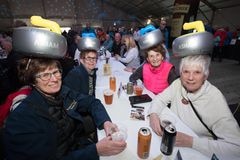 Curlers sticking with traditional handshakes at Brier instead of recommended fist bumps
March 11, 2020 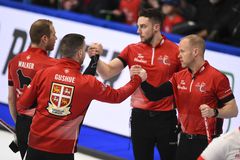 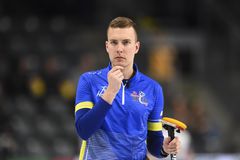