Mikaël Kingsbury had some trouble squeezing all of his trophies into one photo when he tried to display them in a shot he shared on Twitter last week.

The reigning Olympic moguls champion had to move more than half of his awards to the floor just to fit them all in.

“Usually I have some above my fireplace and the other ones are on another table, but that wouldn’t work for the picture, so I had to put them on the ground,” Kingsbury said with a laugh when asked about the 17 trophies shown in the background of a photo he tweeted of his new helmet.

“It can get a little crowded, but we always find room.”

He could very well need it.

Kingsbury begins his quest for a ninth straight Crystal Globe trophy – awarded to the overall season winner – this weekend in Ruka, Finland, where he’ll get his 100th career World Cup start.

Kingsbury is part of a 10-athlete Canadian team in Ruka that also includes Olympic medalists and sisters Justine and Chloé Dufour-Lapointe on the women’s side.

Both the qualification runs and the finals are scheduled for Saturday.

Kingsbury has had plenty of success on just about every moguls course on the planet – he has 81 total World Cup medals, with 56 of those in gold – but he said Ruka has always felt special for him.

“I got my first World Cup podium here 10 years ago, I got to wear my first World Cup yellow leader bib here, I beat the all-time record for most wins here, and I won my 50th World Cup here,” Kingsbury said in a phone interview with The Canadian Press from Ruka. “This year I’m competing in World Cup No. 100, so it feels like every time I’m here I’m doing something that’s a big deal.

“There always seems to be a bigger meaning to the races here for me.”

Kingsbury has been dominating the men’s moguls landscape for most of this decade, winning four World Championship titles and putting together a streak of 13 straight World Cup victories that spanned nearly a calendar year from 2017-18.

He also earned silver in his first Olympic appearance in Sochi in 2014, behind fellow Canadian star Alex Bilodeau, and claimed gold in Pyeonchang to check off his first major career goal.

“Before, my motivation was to win gold at the Olympics, that’s why I trained every day,” the 27-year-old said. “Now it’s different, but I’m still super motivated. I think it’s just a different type of motivation.

“I’m not really trying to push the record [for World Cup wins] as far as I can and I don’t really think about the stats when I’m skiing. The goal for me is not just winning, winning, winning – I’m trying to reach my full potential because I don’t think I’m there yet.”

Kingsbury, who became the first moguls athlete to cleanly land a cork 1440 in a World Cup last year, spent most of his off-season working on new tricks that he hopes will further push the boundaries of the sport.

He skied the Ruka World Cup course Tuesday and will get another couple of reps on it over the week before deciding whether he’ll unleash a new move in Saturday’s competition.

“We’ll see how it shakes out,” Kingsbury said. “I don’t know yet but for sure I’ll do something exciting and probably have one of the hardest trick packages of the weekend.”

Even with all his experience, Kingsbury said he still feels “a little nervous” at the beginning of each season.

Starting off on the right track is important, he said, to set the tone for the next four months.

“I want to start the season well and get some momentum and show my competitors that I’m still the guy to beat,” Kingsbury said. “I put a lot of pressure on myself to do well and start the season well but I think the fact that I love competing, that’s the reason I’m still here. This stress and the pressure, the fact that I have to perform on demand every time, I love that feeling.

“Even now, 99 [World Cup] starts into my career, I still get those little butterflies in my stomach before every run. And I think that’s an important feeling that I don’t want to lose.”

Manuel Osborne-Paradis still intends to ski at 2022 Olympics as he recovers from horrific leg injury
November 28, 2019 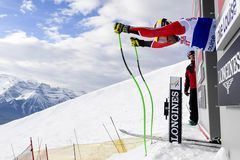 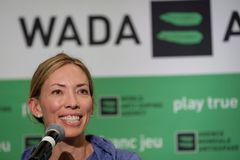