Coronavirus information
The Zero Canada Project provides resources to help you manage your health, your finances and your family life as Canada reopens.
Visit the hub
Rachel Brady
Published May 24, 2020 Updated May 24, 2020
Comments
Text Size
Please log in to listen to this story. Also available in French and Mandarin. Log In Create Free Account

The timing was terrible to celebrate Kevin Drury’s historic accomplishment.

The 31-year-old Canadian ski-cross racer was poised to receive his first Crystal Globe in a picturesque Swiss village in March, surrounded by family, teammates and fellow competitors, with his national anthem blaring. Instead, he left Switzerland empty-handed and in a stressful race against time.

The Toronto native became the first Canadian man to earn a Crystal Globe as the year’s top performer on the FIS Ski Cross World Cup circuit. He had clinched it weeks earlier by building an untouchable lead atop the standing, but he had to wait until March 14 to receive his large round glass trophy, at the end of the final race week in Veysonnaz, Switzerland.

Drury and the other ski racers had barely arrived in the Swiss mountains when the COVID-19 pandemic began shutting down sports all over the world. Their event was still a go, at least for the moment. His family members cancelled their trip to Switzerland, though, amid travel warnings from Canadian government. Then news came of fast-approaching border closings in the United States and Canada, and that suddenly forced Drury to make a difficult decision – and act quickly.

He was having a dominant World Cup season in the action-packed sport of ski cross, which features races of four contestants skiing shoulder to shoulder down steep and winding snow-covered courses full of high-banked turns and big-air jumps. He made the podium in seven of the 10 events, including four victories. Although Drury already had the Globe sewn up, this was the final event of his unforgettable World Cup season.

However, if he stayed in Switzerland long enough to race and officially hoist his first Crystal Globe, the borders would be closed when he got to North America. As a Canadian, he risked being apart from his fiancée for months during the COVID-19 shutdown – an American living in Vermont, where they had a cat and were planning their August wedding.

His fiancée, MK Cirelli, had been a U.S. college cross-country skier and very understanding of the sacrifices athletes make. Drury learned that she had been planning to surprise him by arriving in Switzerland, but now her travel plans from the U.S. were also being cancelled.

Drury decided he wasn’t willing to sacrifice months with her for a trophy ceremony – especially since he already spends so much of each year away from her while travelling to train and compete. He chose to drop out of the event and made immediate travel plans, hoping to arrive at the U.S. border before it closed.

He did not get a trophy ceremony, and organizers wouldn’t let him take the Crystal Globe home before the season was officially done. However, they did allow him a quick photo with it – shot in a whirlwind moment outside his hotel as he raced there to pack.

Whistler’s Marielle Thompson had won the Crystal Globe three times in women’s ski cross and a few Canadian men had been knocking on the door for the past decade. Drury finished third in the World Cup standing in 2018, and Brady Leman and Chris Del Bosco each had a few second- and third-place finishes.

This season’s results felt so rewarding for Drury, especially after he had considered quitting the sport just last year.

After a successful NCAA career in alpine at the University of Vermont, Drury made the switch to ski cross, making his debut on the World Cup circuit in 2015. By 2018, he had really caught on to it – making World Cup podiums and narrowly missing out on a medal at the Pyeongchang Olympics with a fourth-place finish. He seemed poised for a stellar 2019, but instead it was a frustrating one, full of races where he got cut off or tangled up with other competitors.

He then hit a hard reset in the off-season, taking time away to do a 100-mile mountain bike race across the high-altitude, extreme terrain of the Colorado Rockies. He told himself if the 2019-20 ski-cross season wasn’t fun, it may be his last. He returned to ski cross fresh, skied with a much more relaxed mindset and had his best year yet.

He was sorry he had to close out his memorable season so abruptly in Switzerland – no final race, no trophy ceremony, no traditional season-ending party with his fellow competitors from around the world.

“It really stung because I wanted that moment with the Crystal Globe,” Drury said in a video interview with The Globe and Mail. “I really wanted to celebrate it with my team – a Canadian team that has had amazing results like Olympic medals, world championships, X-Games, but no ski-cross male had won the Crystal Globe until now. At the same time, I just knew I had to leave.”

Drury was able to get a last-minute flight to Montreal from Geneva, and his fiancée was waiting at the airport to drive him across the border, 165 kilometres to Burlington, Vt. They made it with a little time to spare.

The race was cancelled back in Switzerland anyway, along with the final party. Drury eventually received his Crystal Globe a few weeks later, by mail, in Vermont.

“He’s the last guy who would brag that he won, but I think he was looking forward to enjoying it with everyone, and that would have been nice because he’s such a giving guy – always watching film with teammates and helping them,” said Canadian ski cross head coach Stanley Hayer. “We’ve had Olympic medalists, and really strong Canadian teams, but no one had ever put it together for a whole World Cup season before. This was a crazy year for Kevin and he made it look easy.”

Because of the uncertainty surrounding COVID-19, Drury and Cirelli decided to reschedule their wedding for next summer. They haven’t been able to share the trophy with anyone yet either.

“The Crystal Globe has been a goal for Kevin for a long time, and to be able to be there with his family to watch him receive it would have been really special,” Cirelli said. “When we can actually be social with people again, we’ll definitely have a celebration with it.”

Drury has one other plan.

“I guess I’ll just have to win it again.”

Youth sports may look very different this summer – if they return at all
May 20, 2020 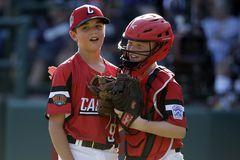 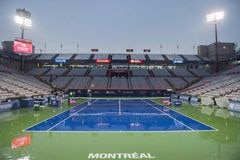 Set to head to the Tokyo Olympics, pandemic forces De Grasse into a new paradigm
May 3, 2020