Top Canadian Olympic medal contender Laurence Vincent-Lapointe is about to start the most important race of her life.

The multiple-time world canoeing champion needs to figure out how Ligandrol got into her system and caused a positive drug test, and clear her name in time to compete at next summer’s Tokyo Olympic games.

Vincent-Lapointe and her lawyer Adam Klevinas told a news conference Tuesday they are confident the violation was not intentional. She said she wondered whether a supplement she took was contaminated.

“I’ve been winning for almost 10 years now,” she told reporters. “I know I can beat all of these women with my own strength.”

The first positive test was confirmed on Aug. 13 and a second sample was opened and tested in Montreal on Aug. 15. Ligandrol is a banned substance used to build muscle.

The 11-time world champion from Trois-Rivières was provisionally suspended Monday and will miss this week’s world championships in Hungary.

“I’ve worked so hard,” she said. “For years, I’ve worked to be the best. For years, I put all my effort in to stay the best. And after everything I’ve done, I can’t understand why I would have accepted to risk everything, one year away from the Olympics.”

Klevinas said the concentration of Ligandrol found in her two urine samples could have come from contaminated supplements. The canoeist said she gets her products from the National Team Training Centre.

“It’s that centre that buys the supplements from a company that follows the testing recommendations of the World Anti-Doping Agency,” she said. “I don’t prepare any of my supplements.”

Klevinas said he planned to test all of the containers of sealed supplements from the same lot that Vincent-Lapointe used in order to determine if they contain any traces of Ligandrol.

He said he thought it was too early to point fingers at the National Team Training Centre, the company that supplied the supplements or the lab that tested them.

“Right now, her case is in front of the International Canoe Federation,” Klevinas said. “We need to found out where [the Ligandrol] came from so she can be admissible to the Olympic Games next year, and after that, we’ll see the steps we need to take.”

Vincent-Lapointe faces a possible two-year suspension. She’ll have to prove she took all the necessary precautions in connection with anti-doping and that she didn’t act intentionally.

Klevinas said the facts as they stand are favourable towards his client.

“From what we know right now, Vincent-Lapointe’s degree of fault is very low,” he said.

Vincent-Lapointe said she is not abandoning her Olympic dream as her team attempts to challenge the ruling. She’s hoping for a full hearing later this year.

“My world just broke down because now I’m the one who’s on the block because they found something in my system,” Vincent-Lapointe said. “I have no idea how it got there. We’re working to find it. I just cannot believe it. It’s been a nightmare. This week has been mad.”

In a case that made headlines worldwide, Johnson tested positive for the anabolic steroid stanozolol after winning the 100 metres at the 1988 Seoul Olympics in a then-record time of 9.79 seconds. He was stripped of his Olympic title and his record was voided. After initially denying any wrongdoing, Johnson admitted to doping in the 1989 Dubin Inquiry, a Canadian government investigation into drug abuse. He was also relieved of his 100-metre title from the 1987 world championships in Rome after admitting to taking steroids while preparing for that race.

Rebagliati had his giant slalom gold medal from the 1998 Nagano Games rescinded after traces of THC, the main psychoactive element of cannabis, were found in his bloodstream following a drug test. THC was not on the World Anti-Doping Agency’s list of banned substances at the time, and Rebagliati argued the substance was the result of second-hand smoke. The decision to strip Rebagliati of his medal was eventually overturned. He became somewhat of a minor celebrity after the decision, with a writeup in Sports Illustrated and an appearance on Jay Leno’s The Tonight Show.

One of Canada’s most respected amateur athletes, Laumann suffered a brief hit to her reputation when pseudoephedrine, an ingredient in many over-the-counter cold medications, was found in her system after she helped Canada to a gold medal in quadruple skulls at the 1995 Pan American Games. The Canadian squad had its medal stripped, but Laumann made a convincing case that the positive test was the result of a botched prescription by team doctors, and she was not suspended by rowing’s international governing body. Laumann, a world champion who gained fame when she improbably won a single sculls bronze medal at the 1992 Barcelona Games despite having her right leg severely broken in a rowing accident the previous year, went on to win a silver at the ‘96 Olympics. Pseudoephedrine has had an inconstant status among banned substances. It was removed from the list in 2004 before WADA re-introduced it in 2010.

The only Canadian to win a prestigious Grand Tour event when he captured the Giro d’Italia in 2012, Hesjedal was caught up in cycling’s famous doping scandal that made headlines when Lance Armstrong was stripped of all seven of his Tour de France titles. The United States Anti-Doping Agency alleged Armstrong was the ringleader of an extensive doping program involving erythropoietin (EPO), which is used to stimulate the creation of oxygen-rich red blood cells. Disgraced Danish cyclist Michael Rasmussen alleged in his 2013 book Yellow Fever that he taught Hesjedal how to take banned substances, including EPO. While Hesjedal did not confirm any specific allegation against him, the two-time Olympian said in a statement: “I sincerely apologize for my part in the dark past of the sport. I will always be sorry.” “Even though those mistakes happened more than 10 years ago, and they were short-lived, it does not change the fact that I made them and I have lived with that and been sorry for it ever since.”

Lamaze lost his spot on Canada’s equestrian team for the 1996 Olympics after receiving a four-year ban for a positive cocaine test. His ban was overturned a year later when an arbitrator ruled that Lamaze’s personal story of growing up around drugs was a mitigating factor to his offence. Lamaze quickly rebuilt his reputation and has become one of Canada’s most decorated jumpers, including an individual gold medal at the 2008 Games in Beijing. 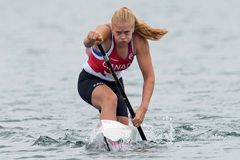 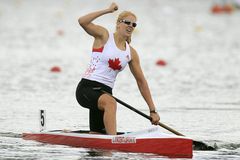