The International Olympic Committee has doubled down on its intention to hold the Tokyo Games this summer as scheduled, despite the sports world skidding to a standstill.

In a statement released Tuesday, the IOC said it remains “fully committed to the Olympic Games Tokyo 2020, and with more than four months to go before the Games there is no need for any drastic decisions at this stage; and any speculation at this moment would be counter-productive.”

The COVID-19 virus is spreading rapidly around the world, forcing people to isolate, wiping out Olympic qualifying events, shutting down training facilities and closing borders. But the IOC’s insistence that the Games proceed provides little clarity or comfort to Canada’s Olympic contenders vying to compete just four months from now.

Late Tuesday night, the Canadian Olympic Committee penned an open letter to Team Canada, saying it supports this move by the IOC and is also continuing to plan for the Games to proceed, adding “but our hope needs to be put in context."

“The anxiety that athletes are feeling about the pandemic is much like anyone else’s, and although it includes hope for the Olympic Games, it is clear that hope for containment of this virus is first and foremost,” the COC statement reads.

“We do not know what will happen in the next 24 hours, no less the next four months, and that is the reason there need not be a definitive decision today about any changes to the plans to hold the Olympic Games. As we progress toward July 24, we will make our decisions based on the information provided by the IOC, WHO and our health experts. The health and safety of the world community, which of course includes our athletes, will always be paramount.”

One of Canada’s most-decorated Olympians – and a member of the IOC Athletes’ Commission – said it is “irresponsible and insensitive, given the state of humanity” for the IOC to maintain that it will forge ahead with the Games.

“To say for certain they will go ahead is an injustice to the athletes training and global population at large,” Canadian hockey star Hayley Wickenheiser, a six-time Olympian and four-time gold medalist, said in a Twitter post Tuesday afternoon. “We need to acknowledge the unknown.”

Wickenheiser said no one knows whether the Olympics will or should be cancelled. In addition to her job in player development for the Toronto Maple Leafs, Wickenheiser is also a medical student. She said that her experience in the emergency room, paired with her role as an elected Athletes’ Commission representative, has had her thinking a lot about these Games.

“The uncertainty of not knowing where you’re going to train tomorrow, as facilities close and qualification events are cancelled all over the world, would be terrible if you’re training your whole life for this,” Wickenheiser wrote.

She stressed that “we don’t know what’s happening in the next 24 hours, let alone the next three months” and added “this crisis is bigger than the Olympics."

John Atkinson, Swimming Canada’s high-performance director and national coach, is dealing with that uncertainty every day. Canada’s Olympic and Paralympic trials later this month – at which Canada’s swimmers were to earn their spots – were postponed . Other events have been scrubbed, too, including a training camp in Florida.

Canadian swimmers are hunkering down at home with their families in Canada or staying put at their U.S. universities. None are able to train, as pools and gyms are closed, and they have no idea if or when their trials will be rescheduled. They’ve been encouraged to keep fit, however, with activities such as jogging or medicine-ball workouts, while keeping a social distance. Atkinson believes postponing the date should be strongly considered.

“If athletes can’t train, if the health services around the world are being stretched like they’ve never been stretched before, then these issues transcend sport,” Atkinson said. “We can all say the show much go on and say it quite convincingly, but when you look at what’s going on in the world, that has to be take into consideration. Lives are changing dramatically for so many people around the world. Can you put 10,000 people in an Olympic village at the end of July and run an Olympic Games? Other people who are more experts in pandemics and health will answer those questions. Our athletes have worked for years towards this moment, but right now they’re doing the right things to keep their communities healthy.”

The two men and two women chosen for Canada’s Olympic golf team will be determined by the world golf rankings at the end of June. So there are no qualifying events.

Despite golf being a sport that naturally distances its competitors on the wide-open spaces of its courses, golfers are not immune to world-wide cancellations. Both the PGA and LPGA have cancelled and postponed events well into May.

“I’m an optimist. I believe we’ll still be able to go to the Olympics,” said Golf Canada men’s head coach Derek Ingram, who coaches PGA Tour players Corey Conners and Mackenzie Hughes, possible contenders for the team. “This would be the strongest group of Canadian men and women we’ve had."

He said golf courses remain open across much of the United States, although they are limiting the number of golfers and closing restaurants. Hughes, for instance is practising in Charlotte, N.C., and Conners is in Jupiter, Fla.

“I know Golf Canada and the COC is really on top of this," Ingram said. "Canadians won’t be going unless it’s 100-per-cent safe.”

One former Olympian says calling off the Tokyo Games would be calamitous for many athletes.

“Most Olympians, they’re one-time Olympians,” said Ed Drakich, who played on the Canadian volleyball team in the 1996 Atlanta Games and now serves as the director of high performance for beach volleyball with Volleyball Canada.

“It’s really hard to make the Olympics,” he said. “I feel really sorry for the athletes [if the Games are cancelled]. Even if it’s the right thing to do, it’s still devastating for the athletes. They spend most of their adult life doing their sport.”

He noted that, when Canada joined the United States in boycotting the 1980 Moscow Games after the Soviet Union invaded Afghanistan in 1979, “that crushed some people’s dreams.”

As with many Canadian sports federations, Volleyball Canada is taking a wait-and-see approach. It has closed its Toronto training facility until at least April 6, and instructed all athletes who travel to undergo a 14-day self-quarantine.

In the meantime, some athletes are facing an Olympic qualifying path that has been thrown into turmoil. While both of Canada’s women’s teams in beach volleyball have already earned berths to the Games, the men are dependent on qualification rounds that have been pushed back. The sport’s international governing body, the FIVB (Fédération Internationale de Volleyball) has cancelled all competitions until at least May.

“If athletes are going to compete in May, they’re going to have to do so training beforehand. They can’t just come from the couch and go play the best in the world.” And, he added, “if the FIVB were to cancel other events, do they change the process for the qualification? It becomes a complicated thing.”

Still, Drakich suggested there is some wiggle room for the international bodies to decide whether or how to proceed.

“The first day of the Olympics is July 24,” he said. “If this is still an issue in July, then obviously that’s an easy decision. If this runs its course in a month or a month and a half, then that’s different, too. At this point, we’re just waiting for guidance from the main bodies, the FIVB and the IOC.”

Drakich noted that,before Rio 2016, there were calls for the cancellation of the Games because of fears over the mosquito-borne zika virus. “For me, that’s a bit of a cautionary tale, that things can change. I was in Rio and I didn’t see a mosquito. So, I appreciate that people are thinking in the worst-case scenario, but then I look back to that Rio example, and zika was a non-factor at the Games.

“I think everyone has to make contingencies for worst-case scenarios. But you don’t enact them until you’re in a position to know whether they’re coming true or not.” 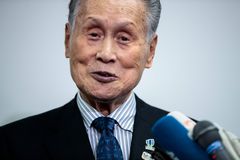 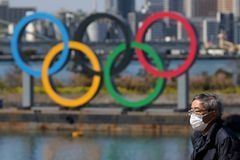 How the coronavirus is impacting the world of sport
March 11, 2020 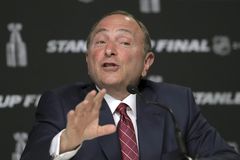 Coronavirus information
The Zero Canada Project provides resources to help you manage your health, your finances and your family life as Canada reopens.
Visit the hub
Follow Rachel Brady and Simon Houpt on Twitter @RBradyGlobe @simonhoupt
Report an error Editorial code of conduct
Due to technical reasons, we have temporarily removed commenting from our articles. We hope to have this fixed soon. Thank you for your patience. If you are looking to give feedback on our new site, please send it along to feedback@globeandmail.com. If you want to write a letter to the editor, please forward to letters@globeandmail.com.
Comments