The Liberal government says it will bring in a bill on one-game sports betting, five years after a previous attempt died in the Senate.

The legislation on the House of Commons notice paper would amend Criminal Code provisions around gambling on single games of football, hockey and other sports, an activity that is currently illegal.

The bill could mirror previous parliamentary attempts to reclaim for casinos some of the $14-billion that the Canadian Gaming Association estimates is lost annually to the black market and foreign gambling websites.

In 2012, then-NDP MP for Windsor-Tecumseh Joe Comartin tabled a private member’s bill to allow single-game betting. It zipped through the House of Commons with all-party support but foundered in the Senate and died when an election was called in 2015.

“It just allows our gaming institutions here in Canada to be able to actually operate on a level playing field with what’s already available online, but also with our American counterparts across the river,” Kusmierczyk said in a phone interview.

More than two dozen states have moved to legalize single-event betting after the U.S. Supreme Court struck down a federal ban in 2018.

Las Vegas-style betting on single-game sports would open the books to gamblers eager to put down cash on individual games rather than just Pro-Line-style betting, where consumers wager on fixed odds around two or more games, depending on the province.

Brought forward by Justice Minister David Lametti, the legislation is expected to draw in part on a bill tabled earlier this year by Conservative MP Kevin Waugh to repeal the ban on single-event sports betting and pave the way for provinces to regulate the pastime.

Waugh’s bill faced blowback from a horse-racing industry wary of casinos encroaching on their turf, despite an Ontario funding agreement that provides the sector with up to $105-million per year starting in 2019.

“Horse racing is really the only industry that allows single-event sports betting. So the concern from the horse-racing industry is that some of the funding would be lost,” Kusmierczyk said, referring to market share.

Waugh acknowledged that major players like Toronto’s Woodbine Racetrack may “want a piece of the action,” but said the bill’s main goal is to level the track globally.

“Sport Select/Pro-Line is not a very fair betting option in Canada. The odds are low. You have to do parlays – three-game parlays, sometimes two. It’s hard enough to win one game, and the odds over the years are stacked against you,” Waugh said in an interview.

“So when offshore sports sites like Bet365 and Bodog started offering single-game betting, then you could see the money that was being spent on the corner grocery store being sucked out … We could have used that money in this country.”

The Canadian Gaming Association said Wednesday it is pleased Ottawa has recognized the “urgent need” to decriminalize single-game gambling.

“Amending the Criminal Code to legalize single-event sports wagering will provide provinces with the necessary tools to deliver a safe and legal option to Canadians while enabling economic benefits to flow to licensed gaming operators, communities and provincial governments,” the association said in a release.

“We can’t emphasize enough how this small change to the Criminal Code will help communities recover from the economic devastation of the COVID-19 shutdown.” 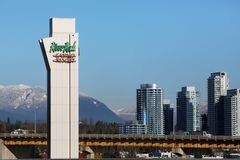 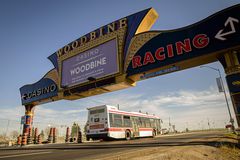 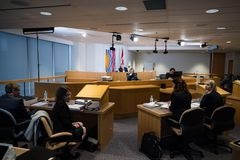