Salazar was one of the last in a vanishing line of coaches who function like cult leaders. Operating under the Nike umbrella, he created the Oregon Project. It was a finishing school for distance runners that steadily produced top performers using unusual training methods. For instance, putting a treadmill underwater and running on that.

If you tried it at home, people would stage an intervention with your electrician. When you do it in a kajillion-dollar gym, they call you a genius.

But in the modern way, we can’t leave an interesting sports success story alone. There must be more to it.

Cue a years-long anti-doping investigation into Salazar that is heavy on innuendo and light on concrete accusations, never mind facts. It includes a few disgruntled former runners and many more who say they never saw, heard or did anything wrong.

All the claims and counter-claims are preposterously twisting, but there’s one thing to keep sight of here – no one has ever accused Salazar of doping runners with any specific drug, and none of Salazar’s runners has tested positive for PEDs.

Nonetheless, this week the Court of Arbitration for Sport upheld a four-year doping ban for Salazar.

The headshot among the many vague charges against him – including that he is not a very nice person – is that he once rubbed testosterone cream on his son’s shoulder.

His apparent goal: to figure out how much of the stuff you need to be lathered in before you test positive for testosterone.

Is that a weird thing to do? Sure.

Is it proof of anything? No.

Should it be cause for a four-year ban? Only if we’re hoping to avoid the hassle of staging the next Olympics because everyone who’s ever come near drugs has been suspended.

Salazar’s actual crime is going against the new ethos that all sports, no matter how elite, ought to be talked about and treated like a Participaction fun run in grade school. Everyone’s a winner!

Salazar is not the cuddly sort. He’s sort of a bully, in fact. He once reamed out a runner after a race for being fat. He discards underperformers. He uses Nike’s clout to give his people advantages, such as in shoe technology, that go right up to the edge of the rules and perhaps over them.

Winning is an ugly business. In order to win, you must make someone else a loser. Add money and glory to that equation, and people will do awful things in order to get what they want.

We used to like that about sports. We still do. But now we have to pretend not to.

Salazar is the winner par excellence. That makes him a dinosaur, but it doesn’t make him a cheater.

“The whole point of someone who pushes himself to the extreme is that he’s not a cheater. Cheating is a strategy for not giving your all.”

That’s writer and runner Malcolm Gladwell speaking in the new documentary, Nike’s Big Bet: Alberto Salazar and the Fine Line of Sport, which aired Friday on CBC and streams on CBC Gem. (Produced in partnership with The Globe and Mail.)

As is his habit, Gladwell functions as the contrary voice in the doc. He’s Salazar’s main defender (and a convincing one).

But he’s got that part wrong.

For Gladwell’s statement to be true, it must stand on a moral foundation. Once you take morality out of it, this whole ‘cheaters only cheat themselves’ line sounds like what it is – delusional thinking.

Because having gone to the limit of your ‘all’, the next logical step is to cheat.

From a distance of a hundred years, what will be the through-line that defines the past 50 or 60 years of big-time athletics? It’s cheating.

Were you to boil down the era for some theoretical future viewer, one lesson would stand out – assume everyone is cheating.

Salazar is the exception that proves the rule. The widely held belief that everyone cheats has been used to take down an unpopular coach who wins too much.

In upholding the ban against him, CAS made clear that it thought the whole thing was small potatoes: “None of the [anti-doping rules violations] directly affected athletic competition.”

The court also called the years-long investigation into Salazar’s activities “out of proportion” and “excessive.”

While social mores shifted, Salazar’s Oregon Project got caught between two incompatible goals – producing the best runners in the world; and doing so without breaking any rules or hurting any feelings.

If Salazar had started out 10 years ago as opposed to 40, he’d probably have seen the road forking before he went off the cliff.

Because he didn’t, Salazar has been convicted for things he must have done, rather than anything he’s been proved to have done. All this has been abetted by a court that ceded jurisdiction to a national anti-doping body that clearly has it in for him.

One can’t know exactly what’s went on or what story isn’t getting told, but absent other information, this looks like an old-fashioned black-bag job. Salazar offended one person too many and they took him down for it.

A couple of generations ago, Salazar would have been (and was) judged on one thing – his results.

The rumours of dark magic being practised in Oregon burnished, rather than corroded, his reputation. Everyone loves a Rasputin.

But these days, non-competing actors on the sporting stage are judged largely on presentation. Are you nice? Do you reel off the correct buzzwords when the cameras are rolling? Have you been careful never to offend a single person you’ve ever met? Do you know how to use media, social or otherwise, to amplify your good-guy bona fides?

Then great. You’re gonna do fine.

Winning? Winning’s cool, but it’s not really the point of what we do here in sports any more. It’s not even that important that you play the right way (whatever that means).

What’s really important is that you talk about sports the right way. Because everyone is watching, and more than a few are waiting.

'He was kind of a mad scientist': Exploring Alberto Salazar's impact on athletics
2:40
September 15, 2021 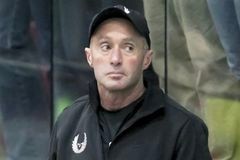 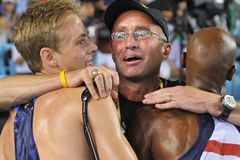