He’s vying with youngsters Nick Arbuckle and Antonio Pipkin to be the Toronto Argonauts’ starter but the only quarterback competition veteran McLeod Bethel-Thompson is focused on is the one he faces daily from within.

“I don’t think I’m competing for a starting job, I’m competing against myself,” he said. “I’m just focused on being a better quarterback, better teammate and better person on a daily basis.

“If you don’t focus on the moment, you get lost in the past or the future. I’m just staying present every day and trying to be my best self. That’s a hard enough task every day so that’s what I wake up and focus on.”

Bethel-Thompson, 33, was one of a few bright spots for Toronto during a dismal 2019 season. The 6-foot-4, 220-pound San Francisco native threw a CFL-best 26 TD passes and was third overall in passing (4,024 yards) for the Argos (4-14), all of their wins coming with Bethel-Thompson under centre.

He was among five quarterbacks on Toronto’s depth chart to open camp July 10. But the Argos reduced that number to three Tuesday after releasing American rookies Kenji Bahar and Nick Tiano.

The move wasn’t surprising given Pipkin and Bethel-Thompson split reps during Toronto’s scrimmage Monday. Arbuckle (hamstring) didn’t see any action as rookie head coach Ryan Dinwiddie said he was held out as a precaution.

“We made some really good throws but I think we should’ve made some more,” Dinwiddie said. “There were five or six plays I wish we’d have made but we’ll learn from those and get better.

“I wish we handled the huddle a bit better. I know we had some guys that didn’t know what was going on, some new guys just got here but those guys have to take charge there. Those guys both know we’ve got to be better, we’ve got to be cleaner in some of our reads and our huddle procedure.”

Getting acclimated to a new coaching staff is nothing new for Bethel-Thompson. Entering his fourth season with Toronto, this marks the third time he’s playing for a different head coach (2017-18 under Marc Trestman, 2019 under Corey Chamblin).

In 2020, Bethel-Thompson spent time studying Dinwiddie’s offence but never got a chance to execute it as the CFL cancelled plans for an abbreviated campaign due to the COVID-19 pandemic.

“There’s nothing like reps,” Bethel-Thompson said. “So every single rep I can get I’m taking the most advantage possible of, just getting comfortable piecing the footwork together with the eyes together with the timing.

“You can do a bunch of things on paper but it’s not like live action and [when] bullets are flying at you.”

And having spent less than two weeks in Dinwiddie’s offence during camp, Bethel-Thompson said the work continues.

“I have so much more to learn,” he said. “I’m just trying to see the game how the coaches do.

“I feel like we’re getting better each day. The CFL is a long season … we’ve got to be worried about progress and not worried about being perfect. It’s a daily challenge.”

So, too, for all CFL players, is returning to the field after an extended off-season. But Bethel-Thompson offered some perspective on that.

“Camp is always an adjustment,” he said. “The CFL is six months on, six months off so it’s always different having that time off then get back into the groove.

“You feel like you have a more rested body but at the same time you might be a little rusty in some of the football aspects of it. Like everything in life, it’s good and bad and it’s what you choose to focus on. I just choose to focus on the good parts and that we feel fresh and we have a lot of really good football players here.”

Bethel-Thompson gushed about the amenities available at the Argos camp, which is being held at the University of Guelph. However, dealing with inconsistent weather has been something else.

“We go to meetings at night and feel like we’re in a monsoon … it’s been an adventure and definitely keeps you on our toes. In the morning before you go outside, you’re going to open the door and be like, ‘I wonder what we’ve got today? OK, we’re wearing shorts or we’re wearing pants.’ Guelph has been nothing but a great experience … I’m super grateful for it but whoever is running the weather here, he’s having fun with us.” 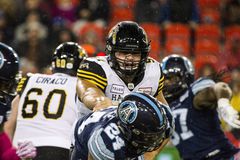 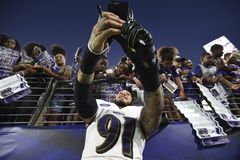