Some years ago, I was at a Blue Jays spring-training game. It was a wet, miserable day. Since it was spitting rather than raining, play continued. Jays catcher Gregg Zaun was hitting.

Zaun took an almighty cut at a breaking pitch. In the process, the bat slipped out of his hands and launched into the stands along third-base line like a spear shot out of a cannon.

It struck a man sitting there directly in the head. When people pulled him up from the ground, he was gushing blood. He may have been conscious. He certainly didn’t appear so.

Paramedics arrived and he was dragged up the stairs, legs limp, head slumped. By the time he was out of sight, the game had already resumed.

It was horrifying to watch. But, hey, let’s play ball.

Baseball is the only popular sport wherein it is presumed that, every once in a while, one of the spectators is going to be nearly killed by that very sport.

It makes about as much sense as a new theatre company announcing that the occasional cinder block will be dropped out of the rafters to strike an audience member. Spice up A Streetcar Named Desire with some genuine fear.

Over years spent covering baseball, I have seen all sorts of people get hit. Young ones, old ones, people who are paying attention and people who aren’t, knocked flat or just grazed. Balls and bats both. A tomahawking bat is the worst. Unpredictable flight line and the potential for multiple targets.

I once saw Blue Jay John McDonald hit his own pregnant wife with a foul pop. I have been hit twice myself while sitting in the press box. To be fair, those were my own fault – I was scrambling to throw my body over my laptop; plus, I was daydreaming – and neither hurt.

But if you sit in the good seats, the ones along the baselines and just beyond the new protective netting Major League Baseball has mandated over each dugout, you are very literally taking your life in your hands.

More precisely, MLB is taking your life in its hands. And like most billion-dollar corporations, MLB does not have a gentle touch.

This sort of thing does happen in other sports and more catastrophically – car racing, for instance – but those events take extraordinary measures to prevent spectator injury. There’s only so high a metal fence can be built before it loses efficacy.

The sporting events in which injuries tend to happen in most are bush-league affairs – backwoods rally racing and the like. You are far, far more likely to be injured by heat stroke at a Formula One race than a flying tire.

Baseball has grudgingly done some work to provide cover. Clearly, it’s not enough.

During Wednesday’s Astros-Cubs game, Chicago outfielder Albert Almora Jr. hammered a line drive into the third-base stands. It skirted the netting and hit a young girl. She was taken to hospital. There are as yet no reports on her condition, but the Astros said the family has asked for privacy.

It is unfair to judge a batter by his reaction once this happens. Some people freeze. Still others get right back in the box. All of us react differently to a shock.

In Almora’s case, he was shattered. He put his hands to his head and walked around in a daze. After a bit, he dropped to a knee. Eventually, he began to weep.

That’s meant to be a hyperbolic statement. It should instead be a plainly obvious one. They should do that. How have they not already?

The outfield bleachers are fine as is. Those people are looking straight at any incoming missile. But there should be netting running all the way down either foul line.

I’ve sat in those seats. If a ball is hit hard enough and true enough, and if you are not paying close attention to what’s happening (which is to say, how you will watch most of a meandering 3½-hour baseball game), it will be on you before you can react. Doesn’t matter how far away you are.

Many people instinctively do the wrong thing – turn away, exposing the backs or sides of their heads. Most of the time, they’re lucky. But sometimes, they’re not.

Eventually, someone will be seriously maimed. It’s so likely, it’s as good as a guarantee.

How baseball has not yet come to grips with this self-evident truth – that it is passively participating in the battery of its customers – remains a wonder to me.

Perhaps it’s because the blame isn’t baseball’s alone. It’s also on the fans.

If you got to your rinkside seat at a hockey game and realized they’d taken the glass down in your section, you’d probably decide you weren’t going to sit there. Because an up-close-and-personal feel for the sights and sounds of NHL hockey may not be worth taking a puck in the teeth for.

People continue to sit in those seats at baseball games. They’re the only ones that sell out in every park on the regular. Because the fans in them think, “How likely is it?”

Well, not very. Until it happens.

If people stopped wanting those seats, teams would erect netting there just like they put up the Berlin Wall – overnight.

Once it does happen, there is insufficient outrage. You don’t get to write that sentence often these days. There should be boycotts over this. People ought to lose their minds that a child was badly hurt because season-ticket holders in Section 106 think netting obscures their view of the centre-fielder standing out there doing nothing between pitches.

The existing netting already obscures the only important thing on the field – the space between the mound and the plate. More netting doesn’t change that.

Baseball has a duty here, one it has used the apathetic complicity of fans to ignore for years. Maybe it will finally get the message when someone is killed on live TV for the crime of wanting to relax at the wrong sort of ball game. 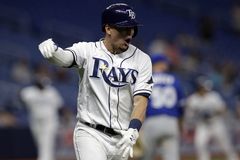 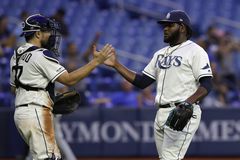 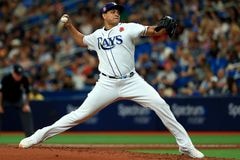