The Twins were out of contention. It was time for pointless September call-ups. Byron Buxton, the most glittering prospect in the Minnesota system, was not among them.

People wondered if this was an effort to keep Buxton’s service time down. If a young player doesn’t hit a certain number of days on a big-league roster, his free agency can be delayed by a full year. Obviously, that is beneficial for a team trying to maximize an asset at minimum cost.

In explaining his decision, Levine talked about Buxton’s injuries (pernicious) and performance that year (poor) before getting to his main point.

“I think part of our jobs is we’re supposed to be responsible to factoring service time into every decision we make,” Levine said.

Then the media ground split open and hellfire began bubbling to the surface. Levine’s ill-advised George Washington streak has become an instructive lesson to his peers.

Understandably, fans would like to see Guerrero immediately. As in, opening day.

Rather more understandably, the Jays don’t see much point in that.

This team isn’t garden-variety bad. It’s especially bad. The club is preparing for a long 2019 submarine journey toward the deepest part of the MLB standing, where it will stay for at least three years. Occasionally, it will stop to put someone in a torpedo tube and fire him off into the murky nothingness. Guerrero adds nothing to that trip.

Though he can’t meaningfully contribute now, Guerrero could be a great deal of help during the 2025 season. But by that point, he might be playing for someone else because fans wanted a sneak peek right now.

If you bought yourself a Ferrari in February, you wouldn’t take it out in an ice storm to do donuts into a phone pole. You’d wait until spring to drive it, because that’s when a Ferrari is useful.

This should be easy to understand. Some people are twisting themselves in knots trying very hard not to.

Jays GM Ross Atkins told MLB Network Radio this week that the reason Guerrero will be held back is developmental. People were not best pleased. Deadspin called the interview “sweaty” (though how you’d manage that on the radio, I’m not sure).

A couple of days later, I asked Atkins to go back over his reasons. Beginning with a bit of a sigh, he stuck to his talking points.

“A lot of people ask, ‘What day is he coming?’ We’re not focused on a day. We’re focused on maximizing every day of spring training and every day of his development there,” Atkins said. “We’re shooting for the best possible version of him, not just a version.”

Is this a bit of a dodge? Sure, insofar as it doesn’t touch on the service-time problem. Is it a lie? No.

As much as people would like to believe Guerrero is a lab-developed perfect baseball specimen, he’s not. Doubtless, he is one heck of a hitter. A generational talent. But he is also defensively weak and a bit chunkier than a professional, teenage athlete ought to be.

Last year, his listed weight was 200 pounds. This spring it’s 250 pounds. And, based on the eye test, that’s not the result of deciding to pull a cot into the weight room.

So there is some considerable fine-tuning to be done. A major-league clubhouse is not the place to fine-tune anyone. They’re meant to arrive pre-tuned.

Even were that not the case, there is no good performance or entertainment argument for bringing Guerrero up immediately. What we’re talking about here is an absence of a month or so. He’s not going to get worse in the minors. People won’t lose interest. There will still be plenty of season left for Guerrero whenever he arrives.

(Believe me, by August, it’s going to seem like this season will never end.)

From Guerrero’s perspective, he’s already rich and will only get much richer. If we’re making this about limitation of earning potential, my sympathy is low, trending toward non-existent.

The Jays have made a lot of bad decisions over the past couple of years. This isn’t one of them. This is that rarest of things – an act of selflessness by a baseball executive.

If Atkins were worried only about his own image, he would have Guerrero pop out of a cake on that opening weekend against the Detroit Tigers. People would love that. They’d congratulate the GM for his big-heartedness.

Because, based on the law of big-league averages, by the time the Guerrero situation becomes a panic in five-or-so years time, Atkins will be working somewhere else. Somewhere this won’t be his problem.

The easy thing to do – the political thing – would be to give in.

The hard thing is to think about the organization’s long-term goals and take a few media bullets for your trouble. That’s what Atkins has chosen.

This week, an MLB Players’ Association source told the Toronto Sun that the union is tracking developments in the Guerrero case and that “it’s going to be an issue.”

If this is of such great concern to the PA, it should deal with it in the proper venue – during bargaining. You don’t like the free-agency rules as they apply to future stars such as Guerrero? Change them. Give up something else to get a more equitable deal.

But please spare us the working-class outrage when teams do what you have incentivized them to – manipulate loopholes in the system to benefit themselves. The goofy way the league and the PA have constructed their collective agreement isn’t Atkins’s fault.

But he and his colleagues are the ones who have to go through the dreary act of pretending because of it. Then the rest of us pretend in turn to be scandalized because he won’t speak plainly. And were he to, we’d be appalled by that as well.

Not many situations are truly “no win,” but this may be one of them.

You know what a win is here? Guerrero comes up whenever he comes up. He’s good. He gets better over a stretch of time.

He’s in shape and isn’t prone to injury. He can play a position well. And by the time he might be thinking about his free-agency jackpot, he isn’t that concerned about it. Because the Jays are contenders and all he’s concentrated on is being the best player on a winner.

When and if that happens, no one’s going to remember whether the kid started the lost season of 2019 in Toronto or Buffalo.

If you believe that is possible, even probable, then why would anyone involved waste time worrying about it now? 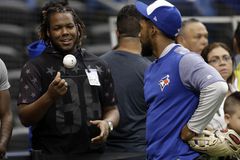 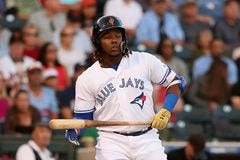 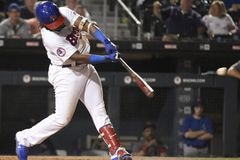