When Jake Kerr went to university, his mother threw out his baseball cards, a vast collection of Topps sets from the 1950s that he had assembled as a child growing up in Vancouver, in between playing Little League games and attending triple-A pro ball at a pretty little ballpark nestled in Queen Elizabeth Park.

The discarded cards, Mickey Mantles and Jackie Robinsons among the piles, were hardly the first boy's collection tossed in the trash by a mom. Kerr, however, is a resolute collector. After university, he returned to Vancouver to help in the family business, sawmills, and eventually took over. Through the years, he rebuilt his baseball card collection, and then some, a sporting adjunct to his passion as an art collector.

Eight years ago, Kerr cashed out of the forestry business, a lucky move ahead of a severe, and extended, industry recession. Not long after, word came to the lifelong baseball fan that the single-A (short season) Vancouver Canadians were up for sale. It didn't look like the greatest business deal in the world, a $7-million price tag for a money-losing operation. Kerr had never thought of buying a team but couldn't resist, grabbing the club with a partner in 2007.

The team – which last year became a Toronto Blue Jays affiliate – was a mess. There were no financial books of any official kind. And the ballpark, Nat Bailey Stadium, the same one Kerr knew intimately as a child, was in rough shape. Kerr and his partner, Jeff Mooney, the former long-time CEO of the A&W hamburger chain in Canada, tried to bring big-company thinking to the club – among the inventions was a position called "vice-president of fan experience" – but the business continued to stumble badly.

"We were running it like the Canucks – and it wasn't the Canucks," said Jake Kerr in an interview at Nat Bailey, the 67-year-old owner nattily dressed, Order of Canada and Order of British Columbia pins on his lapel, Vancouver Canadians cufflinks on his wrists.

Then the owners made their smartest move, bringing in baseball savvy Andy Dunn, a Washington Nationals marketing exec, as club president – and the Canadians began their ascent. The ballpark was renovated, dancing groundskeepers became part of the between-innings show, and the climb reached an apex last September. It was the Canadians' first season as a Blue Jays affiliate and the young team won the Northwest League championship. The team was later named North America's single-A (short season) franchise of the year.

On Wednesday night, on an evening forecast to be warm and dry, the Canadians welcome a sellout crowd of 5,157 to Nat Bailey for their home opener, after concluding last season with a string of sellouts, and record season attendance of 162,162. Average attendance five years ago was around 1,500 a game, a figure now nearly tripled.

For the Blue Jays, the Canadians aren't just another piece of a vast farm system. The Vancouver team is the only major-league baseball-affiliated minor-league team in Canada and is an important part of the Blue Jays' story, on and off the field. In talent development, the Blue Jays plan to put most of their prospects through Vancouver, to introduce the players to Canada, and on the business side, a Vancouver link is a facet of the Blue Jays' ambition to rebuild their national brand. The Canadians and Blue Jays, in one idea, plan to scout the giant BC Place this summer as a potential home for future Blue Jays preseason exhibition games.

"We like to think of ourselves as Canada's team," said Paul Beeston, the Blue Jays CEO. "To have a team actually situated in Canada, especially in a large market, it's very important to us."

Kerr, after selling his forestry business, did get back in the game, starting a small lumber-trading firm.

He also became chancellor of Emily Carr University, an art and design school in Vancouver. But baseball is his life-long love, and he's now a key Blue Jays' ally, said Beeston.

"Whether Jake's at the art gallery and checking out the score of the baseball game, and thinking about his work at the hospital foundation, there's no doubt, he is a renaissance man," Beeston said. 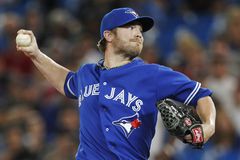 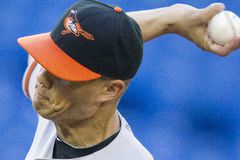 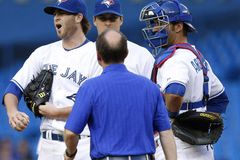 Rasmus makes Jays forget about carnage in rotation, at least for now
June 17, 2012 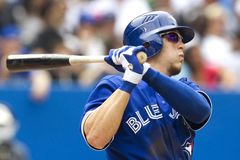