You could you argue that Hank Aaron is the greatest ballplayer of all time. It's more than his achievements. Aaron has a natural grace that made him bigger than the game.

He once admitted taking performance-enhancing drugs.

It was a throwaway line in his autobiography. During the 1968 season, Aaron was in the midst a long slump. So when a teammate offered him a "greenie" – amphetamines – he accepted it.

"When that thing took hold, I thought I was having a heart attack," Aaron wrote. "It was a stupid thing to do."

Having confessed to taking drugs – albeit, just once and ones that were not banned at the time – should Hank Aaron be in the Baseball Hall of Fame?

Joe Morgan presumably still thinks so – sort of – but it requires some logical contortionism to get there.

On Tuesday, Morgan took the extraordinary step of writing a letter to the Baseball Writers' Association of America urging its members to put the mark of Cain on known steroid users.

It's unusual because in his capacity as vice-chairman of the hall, Morgan appears to assume the role of speaking on behalf of baseball. No one in a position of authority has gone this far before.

"Players who failed drug tests, admitted using steroids, or were identified as users in the Major League Baseball's investigation into steroid abuse, known as the Mitchell Report, should not get in [to the Hall of Fame]," Morgan writes. "Those are the three criteria that many players and I think are right."

It's a plausible position – that people who broke the rules have forfeited their right to the ultimate accolade. It would mean that a few players regarded as all-time greats – Barry Bonds, Roger Clemens, Alex Rodriguez – will never be inducted.

That may be right in the strictest sense, but is it fair? Not really.

After the Second World War, American GIs brought several things home with them from their foreign adventures, among them the habitual use of speed and other uppers. The drugs spread quickly into baseball.

By Aaron's day, amphetamines were pervasive. It continued like that for decades.

When the steroid hysteria hit in the late 1990s, amphetamine abuse surfaced as a topic, but always a secondary one.

In 2003, another Hall of Famer, Tony Gwynn, called their use in baseball "a rampant problem," greater than steroids, and estimated that half his peers had been regular pill poppers. That earned Gwynn a reputation as a snitch.

What strikes you now is that in that interview with The New York Times, Gwynn was not asked about his own pharmaceutical rituals.

Though baseball's ethics mob will happily tear apart any star who has been caught using PEDs, it was then and is still now considered poor form to ask about it directly. One assumes people don't want to force athletes they admire into lying.

If, like Morgan, you want to draw a line between speed and Stanazolol, you must make two moralistic assumptions.

The first is that using drugs is only cheating if that's written down in the rules.

The second is that certain performance-enhancing drugs are more performance-enhancing than others. Exactly how enhanced do you have to be in order to go from a bit of a rogue to an irredeemable villain? Would a robot arm qualify? Because that's what Tommy John surgery is doing for pitchers.

Morgan's already got us flailing about in a swamp of relativism, and it's going to get deeper.

What about the players who weren't caught? Common sense tells us there are many out there. Do they get a pass?

What about the ones mentioned in the Mitchell Report who didn't fail a drug test and have never admitted taking steroids? Where's their due process?

How many times do you need to have done drugs in order to become an irrevocable cheat? Does anyone get an Andy Pettitte-style mulligan – "I just wanted to try it once"? Or how about Clemens? He'd put up hall-worthy numbers by the time it's alleged he began a steroid regimen at 36 years old. Do a few dirty years at the end negate all his clean ones, which were far better?

And, for that matter, what about the guys who were known, often proud, cheaters in other ways?

Whitey Ford, Don Sutton and Gaylord Perry were better known as ball vandals than pitchers. Sutton joked that he'd used so much sandpaper in his career that he "ought to get a Black & Decker commercial out of it."

Each of them is enshrined in the hall.

Morgan acknowledges the ambiguity here – "Not everything is black and white – there are shades of grey" – but plows ahead in any case. Eventually, he rushes headfirst into a serious moral thicket: "It still occurs to me that anyone who took body-altering chemicals in a deliberate effort to cheat the game we love … doesn't belong in the Hall of Fame."

That is a different, far more expansive definition than the one he first proposes. It would put Hank Aaron beyond the pale. And a hall without Aaron as its cornerstone is unthinkable. Actually, it's worse than that. It's pointless. We may as well rename it the Baseball Hall of Good Guys (As Far As We Know and Based On the Current Fashion for Codes of Conduct).

I have no doubt Morgan's urging comes from a place of decency, but there is also a smugness to it. It's baseball's aristocracy sneering down at the arrivistes, and an effort in rewriting history so that your own generation comes off best.

But most importantly, it's unnecessary.

None of Clemens, Bonds or Rodriguez is getting into the hall. Their real sin wasn't taking drugs. It was being thought of as jerks. Steroids are the excuse that will allow the writer-voters to take their revenge.

Which means none of this really matters. Morgan's Rule will never become law (ad hoc or otherwise). That's a very good thing.

Because once we start down this path – tossing all the apostates and wrong thinkers out of baseball church – the resulting purity purge will end up places that might bug Morgan more than giving a few juicers their bronze busts. 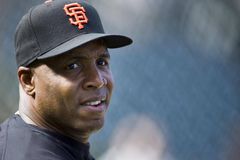 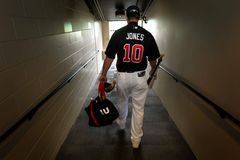