An Indigenous activist says he'd like to go ahead with human rights complaints against the Cleveland Indians despite a recent announcement that the baseball team would be changing its controversial logo.

Douglas Cardinal says the decision to remove the image of the fictional Chief Wahoo from a team logo is a step in the right direction, but argues the team's name is still racist and demeaning to Indigenous people.

The Ontario-based architect has filed human rights complaints both at the federal and provincial level in a bid to prevent the team from using either its name or the Wahoo logo while playing baseball games in Canada.

Major League Baseball, the Cleveland Indians team and Rogers Communications, all of which were named in the initial complaints, have been fighting to get the cases quashed.

Cardinal says he still hopes to press ahead with his complaints despite the fact that Chief Wahoo will no longer appear on team caps or shirts starting in 2019.

Major League Baseball says the decision to scrap the red-skinned, feather-wearing cartoon image came from the league's commitment to "building a culture of diversity and inclusion throughout the game."

Cardinal credits the league for making the right decision, but says it's still important to fight against the Cleveland team's name.

"You have to watch it on TV and go to the sports arena and be demeaned to," Cardinal said of the team name. "We just want to get rid of the logo, the name and everything, the whole reference."

Law firm Lenczner Slaght, which is shepherding Cardinal's complaints through various tribunal processes, issued a statement celebrating Major League Baseball's decision to do away with the Chief Wahoo image.

But lawyer Monique Jilesen said the firm is still considering "all the implications" of the decision for their case, adding lawyers will be discussing the situation with Cardinal in the coming days.

Cardinal first filed a complaint against the team in October 2016 at the height of a playoff series that pitted the Indians against the Toronto Blue Jays, Canada's sole MLB team.

Cardinal alleged the Cleveland team's name and the Wahoo logo amounted to racial discrimination against Indigenous viewers and violated both provincial and national human rights legislation.

He also unsuccessfully sought an injunction that would have barred the team from using its name or logo during playoff games held in Toronto for the duration of the series.

His two human rights complaints touched off a round of legal wrangling centred on whether tribunals were the appropriate forum for Cardinal's concerns.

Jilesen said it is still not known whether the Canadian Human Rights Tribunal will hear the federal case. But in Ontario, parties named in Cardinal's complaint contended that the provincial tribunal did not have jurisdiction over the issues at play.

An Ontario tribunal decision from last May said MLB and Rogers argued that the application sought to "restrict the use in Ontario of federally-registered trade-marks," saying the matter should be dealt with as a trademark issue. Even if it did raise human rights issues, they argued, those issues fell under federal rather than provincial jurisdiction.

Adjudicator Jo-Anne Pickel ultimately dismissed those arguments and ruled that the provincial tribunal would hear the case. Jilesen said hearing dates have already been set for this July.

Word of Chief Wahoo's demise came on Monday when Major League Baseball issued a statement saying it had reached an agreement with the team to scrap the logo that featured prominently on team caps and jerseys since 1947. The team has been transitioning away from Chief Wahoo in recent years, switching to a block "C" in many areas.

The statement said league Commissioner Rob Manfred and team owner Paul Dolan agreed that the cartoonish image was "no longer appropriate for on-field use."

But the logo won't disappear entirely, as the team still has the right to sell merchandise branded with the polarizing image in the Cleveland area. So while Chief Wahoo may not appear on the field, the grinning caricature will likely still be visible in stadium seats. 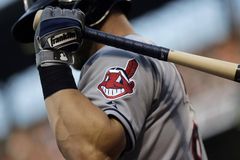 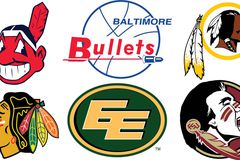 The growing movement to boycott indigenous team mascots
October 13, 2016
Blue Jays broadcaster Jerry Howarth hasn’t used Indians nickname since 1992
October 11, 2016
Report an error
Due to technical reasons, we have temporarily removed commenting from our articles. We hope to have this fixed soon. Thank you for your patience. If you are looking to give feedback on our new site, please send it along to feedback@globeandmail.com. If you want to write a letter to the editor, please forward to letters@globeandmail.com.
Comments are closed