Excuse Kyle Lowry if he sounded a little salty as he faced question after question about his team’s inexplicable knack for starting the NBA playoffs on the wrong foot.

Yes, he knows the Toronto Raptors franchise is a perplexing 0-9 in Game 1s in the first round, dating to 2000. Lowry was around for the past four of those playoff-opening losses and he took every one of them right in the heart.

He’s sick of hearing about it. That much was obvious on Friday, as he faced a room packed with reporters and began several of his answers with the frank and bristly reiteration “we’ve lost a lot of Game 1s.” The all-star point guard says he’ll take a different approach on Saturday, as his Raptors open the playoffs as a No. 1 seed for the first time in club history, playing host to the No. 8 Washington Wizards.

They finished a franchise-record 59-23 season to top the Eastern Conference standing. They won a club-best 37-4 inside Air Canada Centre, which tied the Houston Rockets for best home record in the NBA. They’ve got the league’s best bench and their overhauled offence has produced positive results. Still, many Raptors fans may profess they’re not sure what kind of performance to expect Saturday. Past postseason opening losses are tough to forget, even in those series Toronto came back to win.

“I know I got a lot of blame from some people in this room and I took it hard,” said Lowry, reflecting on four successive disappointing playoff-openers, especially the 2015 one that began Washington’s sweep of Toronto. “I came back and got better from it. I think a lot of people got better. That’s old news, it’s years ago, we’re a different team, different style of play, different people on the team, different egos. Things are just different.”

So what’s different? Well, Lowry joked, he’s a lot slimmer than he was when they got whooped by Washington three years ago, he’s got more hair now and a second son in tow.

So much is different. Only Lowry, DeMar DeRozan and Jonas Valanciunas remain from the roster that lost out in 2014 and 2015. The ear-splitting ACC home crowd – and thousands packed outside hanging on every shot – won’t be a distraction.

“Maybe we were a young team, maybe we were excited, nervous, whatever, but we don’t have that excuse no more. We have experience under our belt,” Valanciunas said. “My first few years, it was more a new thing for me, but now I know what to expect. It’s going to be different.”

There was the 2014 opening loss – the first Raptors playoff game since 2008. Fans were decked in Northern Uprising T-shirts and fiercely emboldened that day by Masai Ujiri’s infamous expletive about Brooklyn. A cocky local newspaper headline screamed “Raptors vs Dinosaurs” that morning, and 37-year-old Paul Pierce proceeded to dominate with a shower of three-pointers in a stunning Nets win.

Then there was the 2015 opener, when Greivis Vasquez and Lou Williams helped shoot the Raptors into overtime against a Washington Wizards squad that had acquired Pierce. The Raptor-slayer scored 20 as the Wiz won and he reiterated his disrespect for Toronto: “the Raptors don’t have it.”

In the 2016 playoff opener, Lowry and DeRozan shot an ice-cold combined 8-of-32, while Paul George thundered for 33 points as the Indiana Pacers took the first game of a series Toronto would eventually win in seven.

In 2017, Milwaukee Bucks superstar Giannis (The Greek Freak) Antetokounmpo went off for 28 points in Game 1, slightly better than DeRozan’s 27 for Toronto, which wasn’t enough to overcome Lowry’s 2-of-11 shooting. It was an uncomfortable loss the Raps would have to overcome on their rocky journey to winning the series in six.

“I only think about it when y’all bring it up, honestly,” DeRozan said when asked about the tendency for Game 1 losses. “We been great at home all year. It’s definitely something we took more pride in than ever and I think it showed. With that, we got that unconscious confidence this time around more than ever. We feel like when we’re on our home floor, anything’s possible, and our swag is at an all-time high.”

The Raptors’ opportunity has never been better – with the Boston Celtics missing stars because of injury and the Cleveland Cavaliers coming through a tumultuous season of roster-shuffling and unpredictable results.

A Game 1 Toronto win would go a long way in flipping the playoff narrative. It would have the Raptors receiving kudos early in the postseason, rather than fending off critics and doubters. It would be new.

Toronto tried a slightly different rest strategy down the stretch, not giving stars too much time to get rusty, then ramping the late-season minutes back up and playing Game 82 as though it were a playoff contest. They’re not dwelling too much on the reasons for those past losses.

Don’t expect a same old Game 1 result, they say. This team has changed.

“We wanna play like a Game 7, but we just wanna go out there and play our game,” Lowry said. “Different offence, different system, different type of way we play the game and approach it. It’ll be fun.”

Analysis
Why the Toronto Raptors are better than ever – and two big questions for the playoffs
April 13, 2018 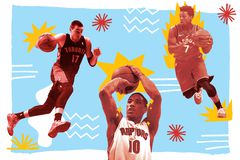 How to watch the NHL and NBA playoffs without cable TV
April 12, 2018 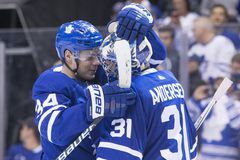