The new deep thinkers of the Toronto Raptors management team, headed by general manager Masai Ujiri, will gather in a boardroom at the Air Canada Centre Thursday evening for the NBA draft.

There will be a big board in the room listing the teams and the order of selection. Another board will contain the names of the top players eligible to be drafted. Still another board will list the candidates by position.

"Same as any other draft night," Ujiri said Tuesday.

Except for one thing – the Raptors do not own a pick in the two rounds of the draft, so having all those boards to stare at might be like owning a fancy wide-screen television without any cable to provide the moving pictures.

"You never know what's going to come your way," Ujiri said. "I think obviously you've studied the draft all year and you have the guys you like, the guys you don't like, and how you rank them.

Ujiri is alluding to the possibility that the Raptors could wind up trading into the draft. But unless there are teams willing to take a flier on, say, Andrea Bargnani, the underachieving Italian power forward who has two years and $22-million (all currency U.S.) left on his contract, Ujiri's hands appear to be tied.

Apart from surrendering younger assets such as Jonas Valanciunas or Terrence Ross, the Raptors do not appear to have many bargaining chips. Still, you can't blame a guy for trying.

Asked if he was working the phones to try to trade into the draft, as several Internet reports have suggested, Ujiri said: "I never like to play my hand in any kind of way."

If the Raptors don't swing a deal that will land them a pick on Thursday night, it will mark the first time in the team's 19-year history of the draft that they will walk away empty-handed.

The Raptors were in a similar situation in 2007, when they entered the draft devoid of picks. But Colangelo swung a deal to acquire the 58th pick of the San Antonio Spurs, Greek forward Giorgos Printezis, in exchange for Toronto's second-round pick the following year.

Printezis never played a game for the Raptors.

As the Raptors are already over the salary cap, it stands to reason that the only way they will effect change will be via trades.

"You can say that, but I think in the NBA you never know what comes your way," Ujiri said. "You could get into the draft, there's trades. You never know. I couldn't really comment on that right now until we get to that point where you have to make decisions and figure out the best way to go.

"But for now it seems like trades will be a way to figure it out."

It appears the Toronto Raptors chose the right year to forfeit their picks in the NBA draft as the consensus is the class of 2013 is one of the weakest fields in quite some time.

Still, there is no doubt that some good players will eventually emerge as solid NBA citizens.

The Cleveland Cavaliers own the top pick and it remains uncertain who they might choose. For a while it appeared that Nerlens Noel, the shot-blocking menace of the Kentucky Wildcats, would be Cleveland's top choice. But a soft offensive game, not to mention a surgically repaired left knee, has cast that choice in doubt.

A few other candidates have emerged of late and could dislodge Noel from his high perch, including Otto Porter and Alex Len.

A junior at Georgetown, Porter averaged 16.2 points, 7.5 rebounds and 2.7 assists a game and is considered one of the best two-way players the NCAA. Len, during his freshman year at Maryland, rivalled Noel's output when he averaged 11.9 points, 7.8 rebounds and 2.1 blocks a game, and isn't coming off a major injury.

Ben McLemore of Kansas, a shooting guard, is another player to watch. 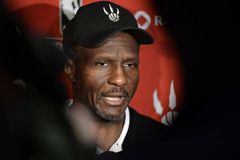 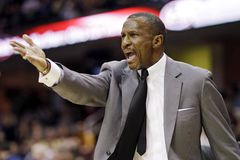 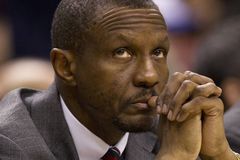 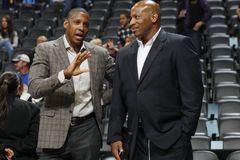 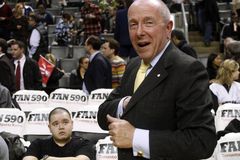