Oscar Pistorius' agent says that his client's sponsors are standing by the Blade Runner, the handicapped hero of the 2012 London Olympics, despite his arrest for murder. While companies such as Oakley and Nike have suspended their use of Pistorius as a spokesman and have issued their sympathies to the victim's family, Peet van Zeyl says the contracts are still not cancelled.

"They are happy to let the legal process take its course before making any change in their position," said Van Zeyl on Monday. The question is why?

Some will say Pistorius, the Paralympic legend, deserves due process.

In court, absolutely. But this is marketing, the realm where perception is reality.

As we've learned since the tragedy occurred last week, this was not Pistorius' first brush with police or controversy. Any of the sponsors "happy to let the legal process take its course" should have known about these episodes of domestic violence or alcohol problems before they went google-eyed for him last summer in Britain.

We know now they looked past the warning signs that Pistorius had a checkered past so they could establish their own humanitarian bonafides in the marketplace.

Who was advising them, Lance Armstrong?

If Van Zeyl is correct, the same sponsors seem to be repeating their error in judgment. By procrastinating on Pistorius, the corporate types are doubling down on their initial bad investment, tying their brand to a horrific domestic incident.

If that outcome doesn't clinch it for them, they should ask a simple question: Who's going to complain if they sever all ties with Pistorius? Certainly not Reeva Steenkamp's family.

NHL may have been an afterthought to Buss but...

Because the NHL has an original thought approximately once every meteor explosion, it has depended on the kindness of strangers over the years. Enter Dr. Jerry Buss. There was no more unlikely NHL owner than Buss, who died Monday at age 80 in Los Angeles. And, indirectly, no one more influential owner.

Buss picked up the L.A. Kings as an afterthought in a 1979 deal that included the Forum and the L.A. Lakers, his prize acquisition. Buss used the Kings as a tenant on nights when his showtime Lakers were on the road, leaving the heavy lifting on the NHL franchise to others.

Next to the Magic Johnson/ Kareem Abdul Jabbar/ Jerry West circus orchestrated by Buss, the Kings were pretty pedestrian stuff. Jack Nicholson and Dyan Cannon never sat at ice level to catch Marcel Dionne and Co. Outside the Miracle on Manchester in 1982, when the Kings upset Wayne Gretzky's Edmonton Oilers, the hockey team was a non-starter in Tinsel Town.

Until a young coin collector named Bruce McNall looked at how Buss ran the Lakers and said, "I can do that". In short order, McNall took over the Kings from Buss, traded for Gretzky, changed team colours from mustard to silver and black, convinced Disney Corp. to put a team in Anaheim and brought an A– list of stars to see the club play.

For a while it all seemed grand. Till the world discovered that McNall was a fraudster, Vanna White stopped coming to Kings games and the franchise lapsed into a slump that only ended with the Stanley Cup triumph in 2012.

McNall had emulated Buss except for one critical factor: Buss' money was real.

Buss did "show me the money" to more than the NHL, of course. His marketing innovations, from celebrities courtside through to his legendary coach Phil Jackson living with his daughter Jeannie, pointed the way for the sports industry to link arms with the entertainment world.

The Grammy like opening to Sunday's All Star Game is a tribute to the vision of Buss and NBA commissioner David Stern who married their sport to the emerging urban entertainment culture in the 1980s. They rescued a league in trouble and wrote a template that every one of the other sports leagues now follows.

That was Jerry Buss.

You can't say that on television

Speaking of Buss, a number of media types used the expression "he passed" to describe Buss' death on Monday. At what point did we become so tender hearted that we can't say "died" or even "passed away"?

Like the epidemic use of the reflexive pronoun "myself" when we mean "me", saying someone "passed" is supposed to connote sensitivity and breeding. Right. The same way a good toupee makes a guy look so much sexier. 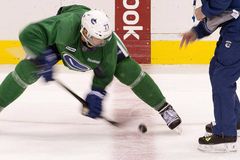 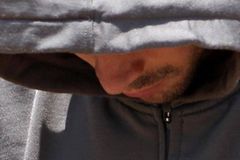 Analysis
Dowbiggin: By not gambling and dealing their heroes, Flames stuck with losing hand
February 14, 2013 Analysis
Dowbiggin: Raptors have star player in Gay thanks to NBA’s desire for parity
February 12, 2013 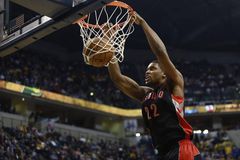