On a clear, crisp December afternoon two days before Christmas, Ellen Watters set out on her new light-blue Bianchi racing bike. Home in New Brunswick to be with her family over the holidays, she was biking the rural roads near her home on a 90-minute training ride, likely enjoying the freedom that her bike always gave her, when her worst fear – the one she shared with all road cyclists – was tragically realized.

At around 2:30 p.m., as she headed along Riverview Drive East, a rural road near Sussex, N.B., she was struck from behind by a Volkswagen Golf travelling in the same direction. Ms. Watters, who was widely hailed as a rising star in Canadian competitive cycling, wasn't killed immediately. She was taken to Saint John Regional Hospital where she died five days later, on Dec. 28, due to injuries she had received in the collision. She was 28 years old.

Ms. Watters had spent the day before the collision visiting friends and relatives on her new bike that she had been riding less than a month. She was excited to be home for the holidays. Her plan was to return to Ottawa, where she had recently moved, to start training again after Christmas. Her future looked bright. The 2016 season had been a breakout year for her and 2017 looked possibly even brighter. After only three years of racing bikes, she felt on top of the world, attracting the attention of national coaches and achieving one of her most sought-after goals – to get paid to ride.

"When she set her sights on something, she would do it," her close friend and fellow cyclist Emily Flynn said. "Ellen was at the happiest I had ever seen her," she added. "She realized that everything she had worked toward had paid off."

Having signed for the 2017 season with the U.S.-based Colavita-Bianchi women's team, one of the top-five teams in North America, Ms. Watters was leaving the Cyclery-Opus women's development cycling team in Ottawa to join the professional-cycling ranks, said Jenny Trew, her coach and a former Canadian national team member.

In 2016, Ms. Watters had also been invited to be a part-time member of the Canadian women's development program.

"Physically she was just coming into her prime," Ms. Trew said. "She was still very much on the upswing. She had a ton of speed and she could also go for a long period."

If she had kept going the way she was, she might have. Since joining the Cyclery-Opus team in 2014, she had won 24 races, Ms. Trew said. Known for her aggressive racing style, Ms. Watters won the Tour of Somerville, a prestigious 80-kilometre race in New Jersey, last Memorial Day.

"Whenever she won a race, she didn't just do it for herself, she did it for the team. She didn't want to let the team down," said Vince Caceres, owner of The Cyclery shop in Ottawa.

Last spring, she also won the Tour of Battenkill in Greenwich, N.Y. It was a hilly course covering both dirt and paved roads. During that race, Ms. Flynn remembers her job, as Ms. Watters's teammate, was to hold her back during the first 30 kilometres of the race. After that, she let her go.

Still on a winning streak last spring, she won bronze in the criterium at the Canadian Road Championships. Consequently, she was invited for the first time to go with the Canadian National Team to Europe last August.

On one race through cornfields and a quaint Belgian town, the course "zigged and zagged over speed bumps and cobbles with a 180-degree corner," Ms. Watters wrote in her blog. She crashed halfway through the race and suffered a minor concussion. After only a few days off, she came back to win a kermesse road race in Haasdonk, Belgium, on Aug. 18.

One of the successes she was most proud of last year was winning the "Most Aggressive Rider" award at the North Star Grand Prix in Minnesota.

"I like to race with a purpose, and at certain races I have had the chance to be an aggressive rider for the team," she said in an interview with Pedal Magazine last October. "I go into a race thinking about the best way for my team to win."

Born in 1988, near Sussex, N.B., Ms. Watters was the youngest sister to her three siblings Seamus, Lily Anna, and Ian. Described as an active child, she spent most of her time playing outdoors, getting dirty and trying to avoid wearing dresses. In high school, she played basketball, along with many other sports. She went on to study kinesiology at the University of New Brunswick, where she played soccer. She also taught swimming and loved working with children.

"She was always excited about everything," Mr. Caceres said. "Even when she was tired from working out, she would always have a smile on her face."

In New Brunswick, Ms. Watters was competing in triathlons and duathlons, an athletic event consisting of running and cycling, when she realized that what she loved most was racing her bike. She spent the 2013 season racing bikes and started attracting attention. At a national team camp in February, 2013, she met Ms. Trew and applied for a spot on the Cyclery-Opus development team. She was accepted and joined the team in 2014.

Strong and determined, with an incredible work ethic, she could be stubborn and impatient, especially when it came to taking time off to rest.

"She had to relax – that was her challenge," Ms. Trew said. "She wanted to go all the time."

Depending on the season, she trained between 12 and 20 hours a week on her bike, starting her training rides with techno music blasting from her headphones to get her pumped up. She also did yoga and running.

In Ottawa, she liked to take her bike to Gatineau Park, especially on Saturday mornings when the park was closed to cars, or to the suburban community of Stittsville, which was about a 70-kilometre round trip.

In Stittsville, her destination was Quitters Coffee, one of her favourite cafés. On her last visit, in November, she enjoyed a hot chocolate topped with colourful marshmallows before getting on her bike again. She liked her sweets.

Ms. Watters learned to be frugal. With training taking up so much of her time, keeping a well-paying job was difficult. She worked at a chiropractic clinic in New Brunswick and more recently at The Cyclery shop in Ottawa. She also relied on sports bursaries and grants to make ends meet. But money was a constant concern. She shopped at thrift stores, cut out food coupons and learned to make sourdough and rye breads.

"She loved that cycling allowed her to see the world," Ms. Flynn said.

Last winter, she and Ms. Flynn went to Tucson, Ariz., to train. She loved the challenge of biking in the mountains and being able to climb for 20 kilometres, something she could never do in New Brunswick.

Her longest training ride through the mountains near Tucson was 185 kilometres. Aside from the mountains, the desert and the warmth, she loved that cyclists were respected in Arizona.

"Almost every street has a designated bike lane, there are bike paths as wide as roads and, yes, it is a warmer area. Cars respect cyclists for the most part, but I had little need to be worried because I usually had at least a metre of road space just for me!" she wrote in a blog post last winter.

To honour her memory, her family, friends and the biking community are pushing for a one-metre law in New Brunswick that would force motorists to stay a metre away from cyclists when passing them, like the rule that exists under Ontario's Highway Traffic Act and Quebec's Highway Safety Code. They want to call it "Ellen's Law."

On Jan. 1, more than 100 cyclists and walkers made their way along Saint John streets to show their support for the proposed law.

Ms. Flynn also has about eight pages filled with signatures she is sending to the New Brunswick government in support of "Ellen's Law."

Despite the tragedy of her death, Ms. Watters would want her life story to remind people to live doing what you love, as she did, Ms. Flynn said.

"If you want a smile like mine, you have to get on two wheels," she loved to say.

"She went for things with a big heart," said her partner, Margaux Carson.

RCMP in New Brunswick continue their investigation into the collision. No charges have been laid.

"She lived every moment to the fullest. She was really present," Ms. Trew said. "She will be remembered as a complete force of joy and love."

Ms. Watters's organs were donated, giving "help and hope to other people," her family said. They plan to hold a memorial celebration later. She leaves her father, James; mother, Nancy; and siblings, Seamus, Lily Anna and Ian. 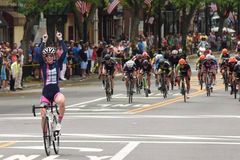