Shane Ray is thankful to be playing football again, even if it’s with a new team and in a new league he knows precious little about.

The six-foot-three, 245-pound defensive end is battling for a roster spot with the CFL’s Toronto Argonauts. Just six years ago, Ray was taken in the first round of the NFL draft by the Denver Broncos and earned a Super Bowl ring with the club as a rookie.

But a serious wrist injury cut Ray’s stay in Denver short. He last played football in 2019 at the Baltimore Ravens training camp before signing with Toronto in February.

“I’m not going to lie, I didn’t know much about the CFL,” Ray said. “I just knew this was an opportunity for me ... to maybe platform myself back into [the NFL] or even start a career here.

“To be able to play football and have that opportunity is something I didn’t have, and I’m glad it came. I may not know much about the Argos but I’m one now and I’m loving that I’m here. I’m excited about the season.”

Ray was even better the following season with 48 tackles, eight sacks and two fumble recoveries (returning one for a touchdown). But he started the 2017 season on injured reserve after requiring surgery to repair a torn ligament in his wrist.

Denver activated Ray that October, but he went back on IR after requiring another operation. The Broncos didn’t pick up the fifth-year option on Ray’s deal before the 2018 season and the former University of Missouri star had yet another surgery on the wrist.

He signed with Baltimore but was released before the start of the 2019 season.

“For an outside linebacker/defensive end, your hands are everything,” Ray said. “It took a really long time just to get that strength back in my wrist and my whole arm.

“Nobody really knows how much work I had to put in to get to this point ... the rough nights of not knowing if I’d ever get another opportunity. For me, this is everything.”

Getting a second lease on his football life has also given Ray new perspective.

“These last few years have been tough,” Ray said. “Obviously that weighs on you mentally but I just used that time away from football to recentre myself as far as things in my life that I probably didn’t have time to deal with [because of] football.

“It’s just given me a new appreciation for the game. ... I’ve been home for two years so I was excited to come here and put a helmet on and get fitted for my shoulder pads and have another opportunity to go and just do what I love.”

Despite having an NFL pedigree, Ray isn’t taking anything for granted in Toronto.

“I definitely don’t think if you’re a player that’s in this position, coming out here and playing in the CFL, that you should take it as high school football or anything like that,” he said. “I can’t say I’d just come out here and run through guys, that’s not what’s going on.

“These guys all get paid, they come to work with their hard hats and they’re ready to go. I appreciate the competition that’s been going on between our D-line, the O-line ... it’s been a whole lot of iron sharpening iron out there.”

Not only is Ray adjusting to a new team, city and league, he’s also learning a new game on the fly. That includes having to line up a yard off the ball.

“I think the way to minimize the effect of the yard is just get off the ball,” he said. “I literally have been trying to tune into getting off the ball as fast as I can to close the distance between me and that tackle.

“I don’t think a tackle really wants me having a lot of space to manoeuvre.”

At least Ray doesn’t have to look far in terms of learning effective pass-rush techniques first-hand. Veteran Charleston Hughes, a six-time CFL all-star who has 130 career sacks over 12 seasons, is also in his first year with Toronto.

“My first few days here, he didn’t hesitate to give me any information,” Ray said. “He was watching some of my tape and explaining how the steps are a little bit different compared to the States as far as where you want to do your move.

“I just use that information and what I see in film to add to what I’ve been doing in practice.”

And soon Ray will be joined on the field by a familiar face. Defensive lineman Kony Ealy, a former Missouri teammate, is expected to start practising with Toronto this weekend after completing his quarantine. Ealy was with Carolina in its Super Bowl loss to Denver.

“I can’t wait to see him out there,” Ray said. “He brings a level of physicality that I think many guys in this league are going to struggle with.” 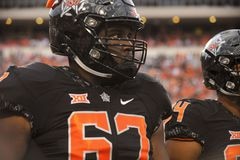 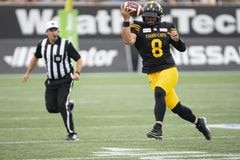 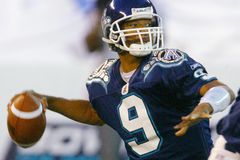