Tom Brady is not looking to have the radio host who called his daughter "an annoying little pissant" to lose his job.

The Patriots quarterback said early Monday he's reconsidering whether to continue a long-running weekly radio appearance with the station. Hours later at the Super Bowl media night, he was asked about the incident in which WEEI host Alex Reimer made the remarks about Brady's 5-year-old daughter after watching the first episode of a Brady documentary called "Tom vs. Time" that is airing on Facebook. Reimer's show aired Thursday, four days before Brady's weekly morning radio segment with different hosts.

"I didn't hear too much about it. I didn't get into it much," Brady said at the Xcel Center. "I certainly hope the guy is not fired.

"I just know everybody is real protective of their kids. I never stayed away from criticism. I understand that criticism is part of sports. But I certainly don't think that my children or anybody else's children deserve to be in that. And that's what I said."

Brady cut short an appearance on Monday morning and said, "I'll obviously evaluate whether I want to come on this show again.

"It's very disappointing when you hear that certainly with my daughter or any child. They certainly don't deserve that."

The station says Reimer has been suspended indefinitely.

The Patriots and the station recently announced an extension of their agreement, which involves weekly calls from Brady and coach Bill Belichick. The five-time Super Bowl champions will play for their sixth ring against the Philadelphia Eagles on Sunday.

Brady expressed no regrets about doing the Facebook series.

He said his son will be in an upcoming episode that features their summer trip to China.

"It's always easy to defend our families," McCourty noted. "I thought that was very disappointing to see anyone say anything negative toward his daughter, or anything about your family. Really poor taste.

"But I think as always Tom handled it in the right way with something like that. But I think with all of us that's one thing that we're gonna tolerate is anything toward our family." 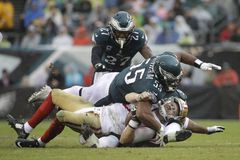 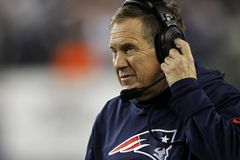