One of the great things about Tiger Woods is that he is a grown adult man who still uses the word “neat” unironically.

“One of the neat things about trying to figure this tournament …” Woods said the other day.

By “tournament,” he meant the Masters. And by “figure,” he meant winning it again. Whatever time of year they play it, Augusta National is as close to a home course as Woods will get.

This year’s Masters, which starts Thursday, is being played on the opposite side of the calendar year – November as opposed to April. It will be colder, darker and end earlier each day. There will be no fans in attendance.

For the first time, organizers have begun selling merch online, but only to those who had a ticket. Eighty-six-year-old Lee Elder, the first Black man to compete in the tournament, will hit the ceremonial tee shot alongside the last president of the Donald Trump fan club, Jack Nicklaus. But not until next year.

Other sports have spent the past few months wrestling with the 21st century. Augusta National is still trying to figure out if it wants to enter the 20th.

But if golf maintains an advantage over its peers, it is in its propensity for homeyness. For using words such as “neat,” which you could no longer imagine coming out of the mouth of a tennis pro or a hockey player.

Golf represents steadiness and calm, which was a disadvantage in the sports-media market eight months ago and now seems like a superpower.

That gentility is nowhere more evident than at the Masters. That course is as awe-inspiring as any marvel of the ancient world and a lot more expensive to maintain. If you offered me a choice between St. Peter’s and the first tee at Augusta National, I’ll take the latter. Because I’ve seen a lot of cool churches, but I’ve never seen grass cut that close anywhere else.

The 2020 Masters is special for a bunch of reasons. Played out of schedule. Woods’s late-career defence of what was likely his last major title. The tournament in which Bryson DeChambeau – the bodybuilder reinventing golf – rewires the way the casual fan thinks the sport works.

But this Masters seems especially well timed. It is the first major sporting event of what is shaping up to be the beginning of the end of the COVID period.

Have you talked to anyone this week? And have they talked about anything but Pfizer’s announcement that it has created a coronavirus vaccine? Because I have not. It is the second topic on everyone’s agenda, because no one wants to get overexcited and bring it up first.

Once you put an end date on something – albeit one with an asterisk and still fuzzy on the specifics – the unpleasant present becomes more bearable.

Since summer, the closest thing the pandemic has had to a visual shorthand are empty stands at sporting events. Leagues have tried to overcome this lack by pumping in artificial crowd noise and keeping the TV cameras tightly focused on the field of play. It doesn’t work. Instead, it creates a bathetic effect, as though everyone forgot the big game was tonight and they played it anyway.

But it has worked out okay for golf. Spectators have always seemed like a frill for what is probably the game best suited to television viewing.

The exception to that rule is the Masters. The tournament is intimately associated with its crowd (i.e. “patrons”). Between the ritual surrendering of the cellphones, the ruthlessly enforced “no running” rule and the $4 beer, there is no more fetishized pilgrimage in fandom. Even people who’ve never been there and don’t intend to go know all the rules.

I’ve been to a lot of things, and if I had to recommend attending just one of them to the sports agnostic, it would be Augusta first, second and third. (Then maybe Wimbledon in fourth.)

Assuming we are back to some semblance of normality in a few months time, that makes this Masters potentially a fascinating one-off. We’re going to yank out the core of the event – its fans – and see if it still works.

My money’s on no. Auditory tricks don’t work in golf because the noises that pop are exclamations by a single idiot (“Get in the hole!”). You can fiddle with camera angles on the fairway, but they won’t work around the green. The absence of people will be constantly felt.

There is the issue of colours. The azaleas won’t be blooming. The leaves will have turned. You know you’ve found the right channel for the Masters when they come out of commercial break with a lingering crane shot over a random bush. That won’t work this time around.

This will be the loneliest Masters in history. A few guys walking around an enormous amusement park in off-season mode. It is a pretty perfect metaphor for our winter still to come.

It’s too often been said in every sport that this has been the weirdest season in history. Across the board, it’s also been the worst. Operating without fans, bleeding money, playing in what often looks like a high-school gym, in a world that occasionally feels as if it’s spinning off its axis, watching sports has never been less fun. You could point to a dozen micro-reasons viewership was down across the board, but that’s what all of them boil down to. Sports are an escape from the real world. This year, they’ve been a reminder of it.

The Masters will play as the ultimate end of this idea – a fantasyland stripped of its bunting and its inhabitants, operating with a skeleton crew because it owes cash to its investors. Whoever wins this thing won’t hear the roar as he walks up 18 on Sunday. What he’ll probably get instead is a lawnmower off in the distance. It’s not clear if COVID protocols will allow the winners to exchange green jackets. Are they even allowed in the Butler Cabin together?

Face it. It’s going to be the worst Masters ever. But it will also be shot through with a hoped-for promise that the next one could be the sweetest. 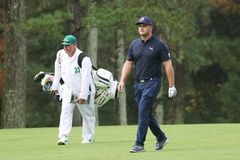 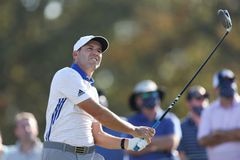