“We have a lot of sharp shooters out there and a lot of guys who can put the puck in the net so it was just a matter of time before they started flooding in,” said the Canucks centre.

The flood started Sunday night as Vancouver battled the Edmonton Oilers. A trio of power-play goals lifted the Canucks to a 4-2 win.

The club was 19 for 110 with the man advantage going into the match up, but capitalized on 3-of-5 opportunities on Sunday.

“It’s huge,” said right-winger Brock Boeser. “We talk about how much special teams makes a difference in these games and it showed tonight and I think we’re feeling pretty confident on the power play so it’s nice to be a difference maker.”

Boeser notched a goal and helped set up both Alex Edler and Elias Pettersson. Bo Horvat added an empty-netter for the Canucks (16-16-4).

Ryan Nugent-Hopkins and Alex Chiasson scored for the Oilers (18-13-3).

Jacob Markstrom made 20 saves for the Canucks and Mikko Koskinen stopped 26-of-29 shots for the Oilers.

“We showed that we can out-play them 5-on-5,” he said. “But unfortunately we just took too many penalties and they started to get some momentum and we just couldn’t claw our way back tonight.”

Oilers head coach Ken Hitchcock said his group played “a perfect road period” in the first frame, outshooting the Canucks and winning 61 per cent of the faceoffs.

“And then we had a really good start to the second. But I thought over the last half of the game, their ability to defend was much greater than ours was to score,” he said.

“We’re a league that’s supposed to showcase our top players and you don’t want to give him all the freedom, but the tug-of-war on him was absolutely ridiculous today. And that’s a little bit discouraging to be honest with you,” he said.

“I don’t know what Ken was talking about,” he said. “I thought our guys were skating, there were no penalties called. ... I thought the refs called a really good game.”

The Canucks coach said his team was “fantastic top to bottom” on Sunday.

“Tonight’s game was, I would say it was one of our better games of the year,” he said. “(The Oilers) have a good team, they are well coached, they are heavy, and I was happy with our effort tonight.”

Edmonton went into Sunday night’s game having scored four or more goals in four of their last five games, with much of the offence coming from McDavid’s line.

Horvat was paired with wingers Loui Eriksson and Antoine Roussel to help shut the trio down on Sunday and said it wasn’t an easy task.

McDavid still notched an assist on Chiasson’s goal, extending a nine-game point streak that has seen the star centre put up six goals and 10 assists.

The Canucks win came after the team bested the Philadelphia Flyers 5-1 on Saturday.

Horvat said the squad is showing their resilience after a slump that saw them take just four points from 13 games.

“Confidence is a big word for us, knowing we can compete with anybody and beat great hockey teams,” he said.

“It wasn’t easy for us. During that 13-game stretch we lose some of these tight games so for us to grind through it and come out on the other side is great for us.”

The Canucks continue their five-game homestand Tuesday when they host the Tampa Bay Lightning.

The Oilers head back to Edmonton where they’ll play the St. Louis Blues on Tuesday. 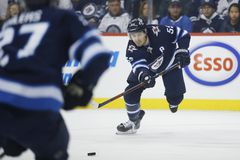 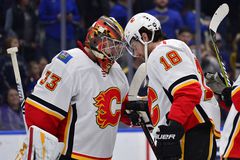 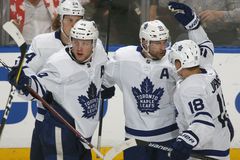