An annual celebration of everything hockey will have extra implications for many Canadian NHL teams on Saturday.

Six of the country’s seven squads are still in the hunt for playoff spots, making each of this year’s Hockey Day in Canada matchups an opportunity to collect crucial points.

This year’s event is based in Swift Current, Sask., but the highlight takes place in Montreal, where the Canadiens host the Toronto Maple Leafs in a battle that could foreshadow a first-round playoff series.

Here’s a look at all four of the Hockey Day in Canada contests.

Hockey Day in Canada has long been a big deal for Senators right-winger Mark Stone.

“I still remember when it was in Winnipeg and I was like seven- or eight-years-old and my dad was one of the guys who got to go on camera and ask Don Cherry a question,” he said Thursday. “And I remember thinking that was the coolest thing in the world.”

The event is an opportunity to recognize a big part of Canadian culture, said Matt Duchene, a native of Haliburton, Ont.

“It just makes you proud to be Canadian. I still love getting on the outdoor rink,” the Ottawa centre said. “When I go home, I have a big bunch of buddies who get together and we’re always talking hockey and we have a big group chat. It’s been really nice to be able to get home and enjoy those moments.”

Stone, Duchene and the rest of the Sens will play the early game on Saturday, taking on the Winnipeg Jets in Ottawa.

The Jets are coming off a tough 5-2 loss to the Canadiens on Thursday but still sit atop the Central Division with 71 points.

They’ll have to play a different game to beat Ottawa, Brendan Lemieux said.

“We just have to be better. And if we clean up our game, we can beat anybody. But if we’re not sharp, this is the NHL and they’re getting paid, too, anybody can beat us,” the Jets left-winger said after the Montreal loss.

Ottawa is lingering at the bottom of the Eastern Conference standings with just 45 points, but Winnipeg goalie Connor Hellebuyck said the team shouldn’t be underestimated.

If the hockey season ended today, these long-time rivals would meet in the playoffs for the first time since 1967.

Leafs coach Mike Babcock said this is the first time both Toronto and Montreal are excelling since he joined the franchise in 2015.

The Canadiens sit just a point behind the second-place Leafs in the Atlantic Division standings. Both teams are on three-game win streaks and neither has lost in regulation since Jan. 20.

Facing the Leafs in Toronto will be another “playoff-type game,” Montreal centre Phillip Danault said.

“We want to keep getting points to make the playoffs,” he said after the Canadiens’ win over Winnipeg. “We know it’s a really good team. They’re playing well, too. A lot of skill. It’s always been a big battle and rivalry against the Leafs. It’s going to be exciting.”

Babcock was watching the Winnipeg-Montreal game and said he saw a Canadiens team that’s playing with good speed and some hot lines.

Still, the coach is confident going into Saturday’s game.

“We’ve good players, too,” he said. “And we’re going to put good players on the ice and they’re going to have to worry about defending us as well. Ideally we play right and we play fast and it turns into one heck of a hockey game.”

The Oilers will be looking to build some momentum after beating the Minnesota Wild 4-1 on Thursday.

“We’ve got a blueprint for success on the road and we’ve got to take our road game back home and not try to dance with other teams,” coach Ken Hitchcock said after the victory.

“We’re built a certain way right now and we’ve got to play this way to win hockey games. We’re doing it on the road and I see no reason why we can’t take it home and hopefully play the same way there.”

Despite a season that can be described as patchy at best, Edmonton is still in the hunt for a playoff position, sitting just two points out of a wild card spot with 53 points.

Meanwhile, San Jose is coming off a big 5-2 win over the Calgary Flames on Thursday and sits second in the Pacific Division with 71 points.

They may be the only American team playing on the Hockey Day in Canada schedule, but taking part in the tradition is still important for at least one Sharks player.

“Obviously, playing in the U.S., we don’t get as many opportunities as you do in Canada, to play on Hockey Night in Canada. It’s something that I know, as Canadians, you look forward to and it’s easy to get excited for,” Vancouver native Evander Kane said.

The Flames top the Pacific Division with 73 points, but they head into Vancouver following Thursday’s tough home loss to San Jose.

“It didn’t go our way tonight and we’ve got a big stretch of games coming up, big road trip starting in Vancouver, so we’ve got to shake with one off and come back ready to play in Van,” Calgary centre Mark Jankowski said after the defeat.

Expectations for the Canucks weren’t high coming into the season but Vancouver remains firmly in the playoff race. They were tied with the St. Louis Blues in points on Friday, but the Blues held control of the Western Conference’s final playoff spot having played fewer games.

Still, the Canucks are coming off a disappointing road swing that saw them take just three points from four games.

The trip also saw three players go down with injuries. Vancouver has yet to disclose what happened to left-winger Sven Baertschi, but defenceman Alex Edler is expected to be out of the lineup for about a week with a concussion and goalie Thatcher Demko will miss about 10 days with a knee sprain.

“We’ve just got to get some practice in and make sure we’re all clicking and on the same page and start from scratch and just kind of erase the past and start over,” Canucks right-winger Brock Boeser said after the loss. 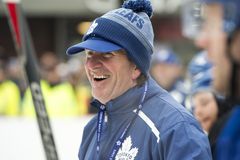 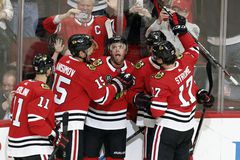 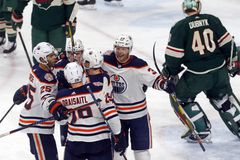