A few days ago, the local paper in Seattle ran a how-to piece explaining hockey’s offside rule to its readers.

Since the word “offside” might be too confusing (NFL, what?), the paper didn’t say “offside” in the headline. Instead, it offered up the down-low on “what you need to know about the red and blue lines.”

Still stumped? Maybe a copy editor could come to your house and draw on your flatscreen with a grease marker while you and your family watch the game (actually, not a bad subscriber-outreach initiative).

So while Seattle has had a WHL team since the seventies, it’s fair to say this is not a town crying out en masse for the sweet balm of the world’s fastest sport.

Rather, it was a speculatively renovated arena calling out to be filled by any random money generator. No one likes to fill an empty room more than the carpet baggers at the NHL. If you flood your backyard in January and erect a luxury tent beside it, someone from league ops will be by within 24 hours. It would be a real incentive if you live somewhere with zero gambling regulations.

In Seattle, the result of those synergies was the hilariously named Climate Pledge Arena. What’s the pledge? To ruin the climate by building another arena? Did they use bamboo instead of concrete or what?

The result of the arena is the Seattle Kraken, who will make their debut in the late game on Tuesday’s NHL opener.

With apologies to the fans of Seattle, hockey didn’t need another franchise in the western U.S. It’s having enough trouble keeping the Arizona Coyotes from falling off the boat without a life jacket.

But the plutocrats who run hockey needed Seattle and their sweet, sweet expansion fee. That US$650-million lined all the right pockets. Plus, as a nice bonus, Seattle’s owners are actual billionaires, as opposed to the pretend billionaires the NHL is usually attracted to. So everyone knew they were getting paid.

The money was promised in late 2018. The pandemic hit in early 2020. The NHL took an almighty financial bath throughout. Now that money is landing in everyone’s chequing account just as the bills come due. It’s the perfect alignment of multiple interests. Hooray for capitalism.

It’s great for everyone except the people who are in charge of hockey at NHL hockey teams. Four years after the debut of the last expansion team in Las Vegas, this is another opportunity for all of them to look like incompetent boobs.

The Kraken should be bad. Per the terms of the expansion draft, they built their roster from the rest of the league’s salon des refuses. They weren’t even given a leg up in the regular draft, which seems unfair. What’s the worst team in hockey: The team that doesn’t have a team or the Buffalo Sabres? Actually, forget I said that.

Seattle is a grim collection of low-cost grinders and second-raters, absent any of the exciting young talent that, say, Toronto is blessed with. The most likely star of the bunch is probably Yanni Gourde.

Gourde was a nice piece on a great team in Tampa, but he doesn’t exactly scream out “the next Lafleur” when you imagine him leading the line for a roster they picked up at Value Village.

On paper, Seattle should be terrible.

Vegas convinced most people that it is possible to go dumpster diving in the rosters of every other team and assemble a squad that is capable of beating all of them. Which means that most people in the NHL have no clue what they’re doing.

With the exception of a few savants, this is true in just about every sport. Most executives are guessing. Most of the time, they’re guessing in a particular way – so that they can’t be accused later of guessing. That results in decisions which are exponentially terrible.

You don’t hear much any more from the Great Minds of Sports. The coaches, managers and GMs who believed they could build a winner using their individual ability to spot talent, often talent no one else could see.

Nowadays, the goal of sports executives isn’t to be proved right. It’s to be wrong in a way that is logically defensible (see under: Maple Leafs, Toronto, 1990-present).

Las Vegas didn’t just highlight that lack of competence. It skywrote it. It made it impossible not to see.

The Golden Knights’ success was so existentially threatening to the rest of the league’s thought leaders that that systemic failure was never really discussed. People pretended it had been an act of God, something unforeseeable and unrepeatable.

As best I can see, this is the only real plus to further watering down the NHL’s talent pool (not that another three percentage points or whatever it is matters at this point). Seattle is here to make all the hockey wonks look ridiculous. I wish it every success in its worthy endeavour.

The only way that doesn’t happen is if the Kraken finish dead last or very close to it.

Hockey doesn’t need another team, but it does need constant reminding of its first rule of management. It’s the same as William Goldman’s one rule for understanding Hollywood: “Nobody knows anything.” 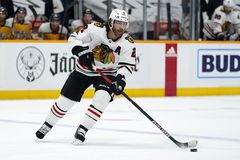 Opinion
Kane is fighting a losing battle to save his own career
Subscriber content
September 24, 2021 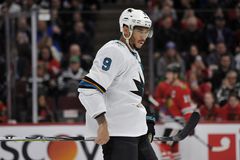 Opinion
The Canadiens have had magic on their side – and now they need it more than ever
Subscriber content
July 1, 2021 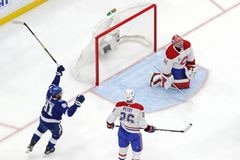