Nashville goalie Pekka Rinne withstood a flurry of shots when the Dallas Stars had an extended power play in the second period, including a 5-on-3 advantage.

Then came his incredible save with the game tied midway through the third before the Predators got the game-winner.

Rinne stopped 40 shots, including seven when the Stars skated with an advantage for 2 1/2 consecutive minutes, and Mikael Granlund scored on a wrist shot with 8:19 left to push the Predators to a 3-2 victory Monday night for a 2-1 lead in their best-of-seven Western Conference playoff series.

“He’s the backbone of this franchise. He has been for a very long time,” defenceman P.K. Subban said of Rinne, who made his 86th consecutive playoff start for the Predators. “He’s one of our most important players, if not the most important, and he showed that again tonight.”

Granlund’s tiebreaker came only about 3 1/2 minutes after the Stars got even at 2 on a goal from Tyler Seguin off a backhand pass from Stars captain Jamie Benn following some interesting puck play behind the net.

Stars fans wanted a penalty when Subban was on the back and reaching over Alexander Radulov in a battle for the puck. But play continued and seconds later Benn delivered a spot-on pass from the side of the net to Seguin in front.

Right after that, Benn had a point-blank shot that Rinne pushed aside with his skate to keep the game tied.

“He was terrific all night,” Predators coach Peter Laviolette said. “At that point, you’re under fire a little bit, they start to grab the energy in the building. … That save was big.”

Granlund, acquired in a trade with Minnesota in late February, got the puck from Dante Fabbro after Kyle Turris won a faceoff against Benn.

Rocco Grimaldi scored in his second game in a row for the Predators, and Filip Forsberg had a perfectly timed play for a goal.

Mats Zuccarello also scored for the Stars, who played their first home playoff game in three years. American Airlines Center is less than 5 miles from the Cotton Bowl Stadium where they will play the Predators outside in the Winter Classic on New Year’s Day next season.

“Never get too high, never get too low,” Stars first-year coach Jim Montgomery said. “It’s 2-1, I think we’ve been the better team two out of three games. Keep playing like that, usually hockey gods get back on your side.”

Nashville led 1-0 when Grimaldi took a shot from outside the right circle and got the puck past an unobstructed Ben Bishop, who finished with 25 saves.

Grimaldi didn’t have a goal in the last 13 regular-season games after scoring Feb. 19 at Dallas. The centre was a scratch in the opener of this series scored a goal in Game 2 while filling in for Brian Boyle, who had an appendectomy after Game 1 and is considered week-to-week.

The Predators led 2-0 when Nick Bonino flicked the puck high in the air – his pass went airborne from the circle left of Rinne along the boards and over both blue lines. Forsberg was at the blue line when the puck was over his head, and delayed enough to avoid going offside before gaining control and charging in for the goal.

Montgomery said the Stars looked at replays when considering a challenge, but after seeing several angles “thought it was onside clearly.”

NOTES: Dallas was 0 for 4 on power plays and is 1 for 13 in the series. Nashville is 0 for 8 after failing to score on its only chance with an advantage. … Nashville is 3-0 in Dallas this season, after also winning both regular-season games there. … Stars C Jason Dickinson was bleeding after being slammed into the boards by Colton Sissons late in the first period. It was the second time Dickinson took a big hit in this series. He went to the locker-room and went through concussion testing after a collision with Boyle in Game 1. … Like Boyle, RW Wayne Simmonds is week-to-week. Simmonds took a shot off his knee in Game 2. … A Stars fan was removed from the area near the Nashville penalty box after the second period. … Dirk Nowitzki was back in the building where a week ago he announced his retirement after a record 21 seasons with the NBA’s Dallas Mavericks and was honoured with an elaborate ceremony after his final home game. The crowd went wild when Nowitzki was shown in a suite wearing a Stars playoff T-shirt and waving a rally towel.

Game 4 on Wednesday night in Dallas, before the series switches back to Nashville for Game 5. 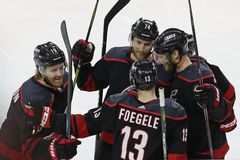 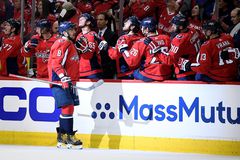 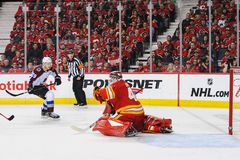