The Canadian junior hockey system could soon be put on trial for failing to pay its players.

In a six-page letter sent to every club in the OHL, Canadian Hockey League president David Branch and Hockey Canada president Bob Nicholson on Thursday afternoon, a legal team representing a proposed union for players threatened to sue over the leagues' "blatant disregard for the bare minimum working standards that have been set for employees."

Among the charges made in the letter is that players are not paid minimum wage or given overtime or vacation pay as part of a series of allegations that junior hockey breaches the Employment Standards Act in Ontario.

Similar notices are going to be filed in Western Canada and Quebec on Friday.

According to Derek Clarke, a spokesman for the CHL Players' Association, the letters were sent after several players were intimidated by team staff for attending meetings or speaking positively about the fledgling union.

"This comes from the CHL's refusal to accept that there's something wrong with the picture here," Clarke said.

Neither Branch or Nicholson responded to a request for comment on Thursday evening.

The major-junior hockey system in Canada is unlike any other in North America in that some 1,400 players between the ages of 15 and 20 are drawn from across their regions into a quasi-professional environment that prepares them to be drafted into the NHL.

They are paid a small stipend (usually between $35 and $50 a week) and live with billet families.

They are eligible for education packages that generally give them a year's tuition for every year played in the CHL.

The limitations on those education packages, which include an 18-month expiration date, among other stipulations, have been one of the key targets for change by those attempting to unionize the league.

To this point, the CHLPA's legal battle has been relatively quiet and confined mainly to Alberta, where a team of lawyers working pro bono for the organization filed an application to the Labour Relations Board to be recognized as a union in that province earlier this month.

Applications in other provinces and eventually the United States are expected to follow.

Along the way, the association – which is helmed by former NHLer Georges Laraque, who was chosen executive director in late August – has been recruiting players in part by using alumni to talk to them about the benefits of unionizing.

To date, however, Branch has not granted Clarke, Laraque or anyone else with the CHLPA an audience to discuss the organization potentially representing junior players.

After players were benched or traded by their teams because of what the association saw as a response to their dealings with the union, Clarke said they decided to move forward with the letters, which will be followed by legal action in a few days.

The letters were signed by Michael C. Mazzuca of Toronto-based Gibson and Barnes LLP, one of three legal firms listed on the CHLPA website. Mazzuca is a former OHL player who played with the London Knights and Kitchener Rangers in the late 1990s.

"In the event that these ongoing violations are not immediately rectified, please be advised that we intend to commence legal proceedings," the letter reads. "Furthermore, we will take the necessary legal action should the OHL or any team take any reprisal action... against any player(s) for exercising their legislative rights and remedies" to unionize.

According to Clarke, the threatened legal action is a very last resort, as the CHLPA would rather negotiate an agreement to improve players' education packages than push for extensive litigation.

"At the end of the day, what they're doing is just ... they don't want to pay [more] in education, they want to restrict it, but then they don't want to pay salaries either," Clarke said, explaining that according to their figures, the 60 CHL teams sold roughly $160-million in tickets last season. "Basically they're sweatshops. I just don't get it why this has gone on for so long."

Todd Christie, an NHL player agent who filed a similar lawsuit against the OHL in 2005 when one of his clients didn't receive his education package on time, said he believes the CHLPA has a solid case on many of the issues involved.

By his calculations, OHL players were short changed some $15-million just in minimum wage between 1980 and 2006.

Christie, however, added that he credits Branch and the CHL for vastly improving their education system over the past five or six years and wonders how much more good can be accomplished on that front by unionizing.

"The minimum-wage issue is certainly a live one," Christie said. "But the majority of complaints that I would have had [with the education system] before 2006 or so have been addressed and resolved.

"If the union wants to hit a home run and sue the league ... with all due respect to Dave Branch, they probably have a pretty strong case." 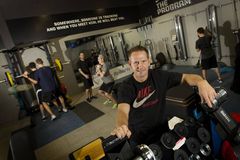