Sidney Crosby leaned down to unlace his skates in the locker room after a spirited practice at Army's Tate Rink, then glanced around and smiled at all the familiar faces.

Home away from home for the Pittsburgh Penguins' superstar.

"It's nice to have everyone here," Crosby said.

Their exhibition slate over and the new NHL season looming, the Penguins travelled to West Point for three days of training and team building over the weekend. It was their third trip here since 2007, and general manager Ray Shero was hopeful the experience would help a team that flopped badly against the Boston Bruins in the Stanley Cup playoffs – just when it seemed destined to challenge for its fourth championship.

The team arrived Friday morning, met with members of the football team before the Black Knights flew to Dallas for a game, had lunch with the cadets, and listened to a brief talk from Army hockey coach Brian Riley before hitting the ice for the first time.

Not much seems to have changed.

After their stunning exit in four games in the Eastern Conference finals, the Penguins appear set to give it another go at the Stanley Cup. While other teams make themselves over year after year, Pittsburgh has maintained the status quo on its roster. The Penguins signed high-scoring Evgeni Malkin, defenceman Kris Letang, winger Pascal Dupuis, and coach Dan Bylsma to contract extensions, essentially keeping the core of the team intact. Also back is goalie Marc-André Fleury, who's in the last two years of his contract and was a weak link in the playoffs.

"We'll see how it's going to work," Shero said. "I think these guys are at the right age. That core group is about 26 years old. They should be going into their prime. It's not like we made long-term commitments to players that are 33, 34, 35 years old. These guys are special players, top players, and you try to keep them.

"We've been a good hockey team over the last seven years, and we want to try to win a Stanley Cup again like everybody else," said Shero, who also signed a familiar face from the past, defenceman Rob Scuderi.

The players appreciate what management has done.

"I think it helps," said Crosby, healthy again after being plagued by injuries that included a concussion suffered at the 2011 Winter Classic. "There's no guarantees. It doesn't mean that the season's not a process." Being familiar, having that trust in one another, knowing your role and what's expected, that goes a long way. I'm glad that we're able to have that."

"That's huge," Dupuis said. "You want to go to battle with guys that you trust. I wanted to come back. I didn't know how much they wanted me back.Seeing all these pieces of the puzzle falling back together, now it's a matter of us playing together and making it happen."

That these star players faltered at the most inopportune of times is certainly not unprecedented in the Stanley Cup playoffs. Just ask Bobby Orr, Phil Esposito and their teammates on the 1971 Boston Bruins. The highest-scoring team in league history to that point was beaten in seven games by the aging Montreal Canadiens, who used a stunning performance by goalie Ken Dryden, a rookie with six NHL games under his belt, to spur an upset nobody in his right mind would have predicted.

The Penguins played the Bruins three times in the lockout-shortened 2012-13 season and won all three by one goal. After beating the New York Islanders and Ottawa Senators in the playoffs, Pittsburgh collapsed. The highest-scoring team in the league went bust as Crosby and Malkin didn't score a single point and Boston outscored Pittsburgh 12-2 in the sweep.

Bruins goalie Tuukka Rask provided the Dryden factor, stopping 134 of 136 shots by a team that averaged 4.27 goals in its first two playoff series, and Boston's defence took away the swaths of open ice that had allowed Crosby and Malkin to operate.

It all happened in early June, yet still seems like only yesterday.

"I don't think we were the only team expected to win," Crosby said. "I think it hurts even more because we were that close. That's the sport. Nothing's given to you. You have to be at your best at the right time and get some bounces, and we weren't there.

"You try to learn from everything," Crosby said. "We'll definitely take some lessons. We did a good job the first two rounds, but the playoffs isn't only two rounds. You've got to find a way to raise your level each series. Every time you get to the next round, it's going to get tougher and tougher."

Bylsma, who guided the Penguins to the 2009 Stanley Cup, still has no explanation for what went wrong for the second straight year – the Penguins also were ousted the previous year by the Philadelphia Flyers in a fight-filled first-round series. He's glad to be back for another try, glad to have much of the same crew on the bench.

"There may be a desire or a gut reaction or an outside need to say you need to blow it up and change this, change that," Bylsma said. "I don't think that breaking up this group of players – they're quality people – is something anyone would want to do. It's a team that's won more games than almost every other team in the National Hockey League and more playoff games than any other team the last seven or eight years. There's disappointment by not winning and going to the finals and winning the Stanley Cup, but the group I think is happy to be together to try to do it again."

Added Scuderi: "Me personally, I'd rather stick with guys that I know have been there and want to go there again, not blow something up for an unknown equation." 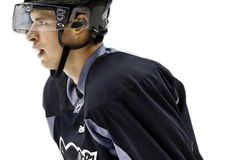 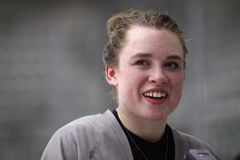