The only people happier than Sidney Crosby after his triumphant comeback were his parents, Troy and Trina, and maybe his sister, Taylor.

The 320 days Sidney spent dealing with a serious concussion were almost as hard on his parents, who played a large role in his recovery. The morning after his son scored two goals and added two assists for the Pittsburgh Penguins in his first NHL game since Jan. 5, Troy sat by himself high in an end zone seat at the Consol Energy Center watching the Penguins practise and allowed he was "more relieved than anything."

"Even before the concussion I was always anxious watching him play," Troy said. "As a parent you are anxious. I don't care if he's an NHL player or not, he's still your son and you worry about him."

So it was, then, that Troy did not go into the game Monday against the New York Islanders looking for anything special. He was just happy Sidney was finally playing.

"No, I wasn't making any predictions," he said. "I just wanted to enjoy the moment. I wanted him to play and get through the game okay."

Troy was the only member of the family to see Sidney play in person. Trina stayed home in Cole Harbour, N.S., and watched the game on television with Taylor, 15, who is home for the U.S. Thanksgiving break from Shattuck-St. Mary's, a prep school in Faribault, Minn., that Sidney also attended.

With a rueful smile, Troy said Trina does not like to watch their son play in person because the hits he takes seem harder. "She prefers to watch on TV but I'm a sucker for punishment," he said.

Troy said while it was hard dealing with his son's recovery, it could have been worse. Fortunately, the concussion was not severe enough that Sidney was forced to endure what some victims do, lying quietly in a dark room for days and weeks at a time. On the worst days, Troy said, his son dealt with headaches and was unable to read or use a computer.

There was never a point when either Sidney or his parents worried that his hockey career was over. At 24, the family felt he was young enough to recover and the doctors assured them from the first day of his treatment that Sidney would play again.

"No, he's young and he had all the time in the world on his side," Troy said. "The doctors reassured us he'd be fine but he wasn't going to come back two months early or anything."

More than anything, though, Troy had no doubts his son would spare no effort to get back on the ice. The one constant about Sidney is his drive to succeed.

"He's worked hard and that's what is so gratifying [about the comeback]" Troy said. "He missed playing. It's nice to see him so successful and have a good night because he deserves it.

"He's determined. He has high expectations of himself and he demands a lot from himself. He's been that way his whole life."

Perhaps the worst days came last winter when Taylor, a goaltender on the girls' hockey team at Shattuck-St. Mary's, also suffered a concussion, although it proved not to be as serious as her brother's.

"She got hit on the head with a puck," Troy said. "She took two weeks off, did all the testing and she's fine now.

"Watching her play prep hockey is as hard as watching Sid. It doesn't matter if there's 50 people in the rink or 15,000."

It's difficult because Troy identifies closely with his daughter because they both play the same position. Troy, 45, played for the Verdun Junior Canadiens in the Quebec Major Junior Hockey League along with future NHLers Claude Lemieux and Jimmy Carson.

He plans to stay in Pittsburgh this week and take in the rest of the Penguins' homestand, which has them playing the St. Louis Blues on Wednesday and the Ottawa Senators on Friday. There are no plans to go to Montreal for Sidney's first road game, even though Troy grew up a fan of the Canadiens. He thinks the intense atmosphere around the Bell Centre would be a little much for him right now. 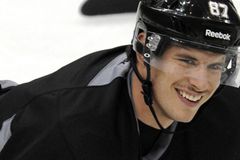 Things almost back to normal for Crosby
November 22, 2011 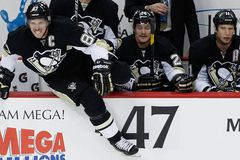 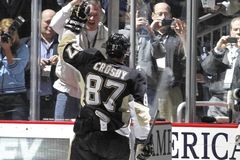 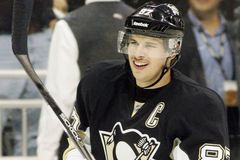 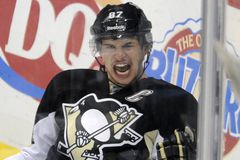 Sidney Crosby emerges out of the darkness and into on-ice spotlight
November 21, 2011