For tempests in a tea pot, there is nothing like a Stanley Cup final to turn silliness into controversy. Put 300 reporters in one tiny space and that's generally what happens.

Exhibit A: The Sedin brothers, Henrik and Daniel, who were mocked as Thelma & Louise by Versus analyst Mike Milbury, a former Boston Bruins' coach, issued their own dry rebuttals post-game Friday, with a handful of reporters within earshot.

It may have been Chris Stevenson who was asking for reaction and it turned out to be pretty good stuff.

"I think he has to be happy with his career," said the Canucks' captain, referring to Milbury, aka Mad Mike, the man who ironically traded away Roberto Luongo for a bag full of pucks in his days as the New York Islanders' general manager. "He did a great job on Long Island. I'm sure he is happy with that."

And brother Daniel wasn't too happy with Milbury, who also does time as a Hockey Night and NESN commentator, either: "We don't really worry about those kind of comments. He made a bad comment about us, calling us women. I don't know how he looks at women. I would be pretty mad if I was a woman."

The Sedins, of course, have struggled to score in this series, with Henrik held off the board in all five games, and Daniel contributing just two points - not what's expected from the NHL's No. 1 and 4 regular-season scorers.

Then Luongo got mixed up in controversy - let's call it Exhibit B - after telling a harmless joke following his 1-0 shutout victory over the Bruins Friday night, which gave Vancouver a 3-2 series lead and a chance to clinch the Stanley Cup Monday night with one more victory.

Luongo suggested that Max Lapierre's winning goal wouldn't have been scored on him because he plays deeper in the net than his Bruins' counterpart Tim Thomas. A true statement, actually, and one that mostly just reflects the differences in their respective styles. It wasn't really a diss of Thomas, who has been sensational in this series, surrendering just six goals in five games.

But nobody could leave it alone Saturday, and so the second time Bruins' coach Claude Julien was asked about Luongo's statement - he bit.

"Let's put it this way, I don't think Timmy is going to make much of that comment," began Julien. "I think you guys are making more out of it than Timmy will. Either way, his stats are proof itself. He's given up six goals in five games.

"The guy that made the comment, I'm not quite sure how many he let in. I think you guys have a good idea, so I don't think he's going to lose sleep over that."

Luongo, incidentally, has surrendered 14 goals in the series, even though he also has two shutouts. An eight-goal night in Game 3 can play havoc with the statistical line.

On a more serious note, Julien figured that neither team had much of an advantage as far as travel or fatigue issues were concerned, even if Vancouver does spend a lot more time in the air than the Bruins do.

"We've got a couple of days to regroup here," said Julien. "I know they travel a little more than we do, but I don't know if they go back and forth like that for one game or two and back again.

"So, if there is going to be fatigue, I think it's going to be in their team as well as ours. We anticipate with these next two days we should be fresh and ready to go. 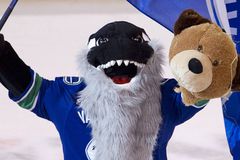 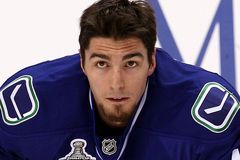 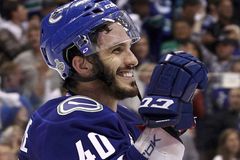 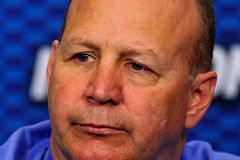 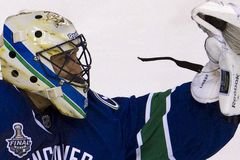 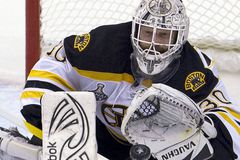 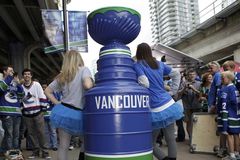 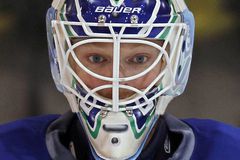 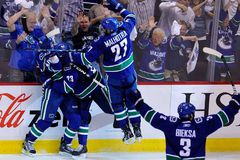