The dust has settled on the NHL's decision not to allow players to participate in the 2018 Pyeongchang Olympics. Now International Ice Hockey Federation president Rene Fasel has begun his push to have the best hockey players in the world at the 2022 Games in Beijing.

"To have the best-on-best in the Olympics, in Beijing, this is my mission to do it, to make this happen. The problem is with dollars," Fasel said Thursday at a news conference ahead of the semifinals of the world junior hockey championship. "I have to. I have no choice. I have to for the hockey fans, for our game, we have to.

"We have to find the money somehow, some way."

Fasel pointed to upcoming labour negotiations between the NHL and the NHL Players' Association as make-or-break for the Beijing Olympics. The current NHL labour deal expires in 2022, but it can be renegotiated in 2020 with the two sides tentatively scheduled to meet in September of that year.

"The answer is there. How big the pressure will be from the players' association?" said Fasel. "In the end it is a question between them. At the end, the result of this discussion will decide the participation for the Olympics in 2022."

Fasel added that it ultimately falls on the NHL players to fight for the right to play at the Olympics.

"The solution is in the hands of the players. Because without the players what can we do? If they want to come to the Games, they have to say so."

NHLPA executive director Donald Fehr was also in attendance at the KeyBank Center to see the semifinals between the United States and Sweden and Canada and the Czech Republic.

Although Fasel expected to speak with Fehr during the two junior hockey games, he said informal meetings like that are rarely productive.

"(NHL commissioner) Gary Bettman, Don Fehr, do not speak about negotiations if they don't have their team around them," Fasel said. "I can't speak with Don without having Gary there. Sometimes it's very interesting between these two parties."

There are two main issues of contention. The first is the cost of insurance and transportation for the national teams competing — a figure that Fasel estimates is approximately US$15 million — and the lost revenue for many of the professional leagues that would loan their players to national organizing committees.

"The leagues in Europe, they have to shut down. The Swedish league, the Finnish league, the Czech league, the Russian league. Shutting a league is not so easy," said Fasel. "Can you imagine what it's like for the NHL? Maybe some people in the IOC don't understand what it means to shut down a league, especially the NHL. Maybe they don't care?"

If the NHL does not work the Olympics into its new CBA, Fasel suggested that the IIHF would look into sending under-23 teams to the Olympics, much like soccer does at the Summer Olympics.

KHL undecided about allowing players to go to the Olympics
December 13, 2017 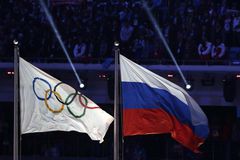 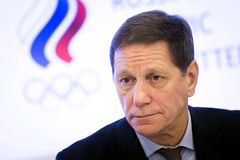 The unknowns might be what make the Pyeongchang Games fun
December 7, 2017 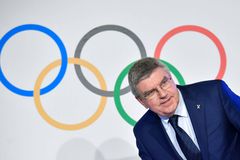