In the summer of 1997, eight years after he and Slava Fetisov helped usher in the NHL's Russian evolution, Igor Larionov took the Stanley Cup home to Moscow's Red Square for a postseason celebration unlike any other. It was a seminal moment on many levels; Larionov had won the Stanley Cup the previous spring under Scotty Bowman as part of the Detroit Red Wings' five-man Russian unit. By bringing the celebrated trophy home, Larionov was demonstrating, on the one hand, a respect for his Russian roots, and on the other, how a player who grew up in the Soviet system could pine to win the Stanley Cup with the same fervour as any North American player.

The 51-year-old Larionov has been a pioneer his entire hockey-playing life, and this week he was disturbed by what seemed to be a backlash against the NHL's shrinking Russian population. In one week, the headlines featured two stories, neither of them flattering. One centred on the limited ice time that the Washington Capitals were allotting to two-time MVP Alex Ovechkin in a playoff game against the New York Rangers; the other on the curfew violation that caused the Nashville Predators to suspend Alexander Radulov for a playoff game against the Phoenix Coyotes.

Lost in the shuffle: The Pittsburgh Penguins' Evgeni Malkin was one of three finalists for the Ted Lindsay Award, which the National Hockey League Players' Association hands out to its MVP, as selected by the players; and the Red Wings' Pavel Datsyuk was a finalist for the Frank J. Selke Trophy as the league's top defensive player.

In the 1980s, Larionov worked aggressively to open the door to the NHL for himself and for a generation of players to follow. Now, in a year when he represents the top Russian prospect for the 2012 NHL entry draft, there is talk that some teams are leery about drafting Nail Yakupov of the Sarnia Sting, the top-rated player, in part because of his Russian heritage.

"Obviously, I'm concerned about that," Larionov said. "To me, sometimes, before you judge a person, you have to do your homework, see the guy and talk to the kid and talk to the parents and follow him for quite a while to form an impression and make a decision. To me, it's a lack of communication, and stereotyping. It's like a bad stereotype of the Russians – doesn't care about the Stanley Cup, doesn't respect the fans, doesn't respect the teammates, doesn't respect the club. You can't judge one or two Russian players and talk about everybody. Canadians, Americans, Swedes, Czechs, you can always find a bad apple in the bunch."

One of the primary reasons for the NHL's alienation of affection with Russian players was the emergence of the KHL in the fall of 2006. The KHL essentially replaced Russia's Superleague and began to compete for homegrown players under the watch of Alexander Medvedev, a powerful oligarch who facilitated Radulov's departure from the NHL in July of 2008 and also coaxed Czech star Jaromir Jagr to play in Russia for three seasons before he returned to join the Philadelphia Flyers this season.

"Obviously, the KHL has a big impact now," Larionov said. "If you read the press in Russia, they want everybody to stay home. They say, 'if you go to the NHL, it's a hard way to make money. It's hard to make the team. You have to learn the language.'

"In Russia, everything is given to you the first day, and I disagree with that. The way it has been in North America, I think it's the right way. It's easy to spoil the players and kill the desire to get to the next level. It is hard to be one of 700 players to play in the National Hockey League and to compete every night and compete in every game.

"To me, it's a dilemma for the Russian guys. Are they willing to make a sacrifice and go to North America? And so, for the NHL, they kind of worry, should we take this Russian kid?"

Last month, Scott Howson, general manager of the Columbus Blue Jackets, described the 2012 draft as "difficult at the top." Without getting into specifics, Columbus, which has the No. 2 pick after the Edmonton Oilers, is one of the teams that may think twice about drafting a Russian after spending a fourth overall pick on Nikolai Zherdev in 2003 and a sixth overall pick on Nikita Filatov in 2008 and having little to show for both choices.

Under the collective agreement, salaries are capped for players in their first contract, meaning a player such as Washington's first-rounder in 2010, Evgeny Kuznetsov, passed up a chance to go to the NHL next season in part because he can make a lot more money playing at home. Reports indicated that a contributing factor to Kuznetsov's decision was his belief that his chances of playing in the 2014 Olympics in Sochi, Russia, would be enhanced if he stayed home.

Larionov disputes this theory: "If the league is so good, the KHL, why do they wait for Malkin and Datsyuk, why do they leave some space for [Ilya] Kovalchuk and Ovechkin and [Alexander]Semin and some other guys playing now in the second round of the playoffs? So to me, that's not the right explanation, that the chances will be better for you if you play hockey in Russia.

"With all respect to the KHL," Larionov added, "the players in the NHL have got more of an everyday reality check. The competition is so high, so you have to compete every night. You are always in the public eye with the way you play. Like [Wednesday] they were showing Ovechkin all night long. They show everything – how you compete, how you're doing – and that's what makes the players realize, there is no easy way to make money. You have to compete every single day and when a new day starts, you have to prove again that you deserve to be here.

Dozens of Russian players have won the Stanley Cup since Alexei Kovalev, Sergei Zubov, Alexander Karpotsev and Sergei Nemchinov first did it with the New York Rangers in 1994. Of the 16 Stanley Cups awarded since then, 12 have included at least one Russian-born player (the exceptions: Boston Bruins, 2011; Chicago Blackhawks, 2010; Anaheim Ducks, 2007; and the Colorado Avalanche, 2001.) In 2009, the Pittsburgh Penguins' Evgeni Malkin became the first Russian player to win the Conn Smythe Trophy as MVP of the playoffs.

"It's a global league now and I like that," said Larionov, the Hall Of Famer and a member of three Detroit Red Wings championship teams. "I like what Dave Poulin [the Toronto Maple Leafs' vice-president of hockey operation] says: 'We're not looking at the passport, we're looking at the player. We are willing to work with any player who is the best.' To me, that's a really good statement. We cannot divide players into Swedes and Canadians and Americans. As long as the guy is putting his best effort and talent to work, that's phenomenal. That's why people come to watch the games and pay big money to do it. It's all about making the game better.

"To me, it's not pleasant to read the stuff about the Russians in Nashville. But at the same time, I would be 100 per cent with Barry Trotz and David Poile to do that kind of stuff. I spent some time with David Poile the last couple of years. He's been asking me the last couple of years about how to get [Alexander]Radulov back, and now it seems like it's happening, so it [the curfew violation]is not very nice.

"To me, it's unacceptable the way they behaved and I hope it's not going to happen again. The new generation of players, the foolish things they do, is going to be a lesson for everybody. But at the same time, the public, the fans in North America, should realize it can happen to anybody." 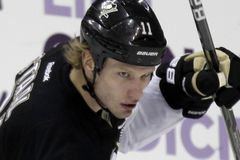 Radulov, Kostitsyn and the NHL's dwindling Russian influence
May 4, 2012 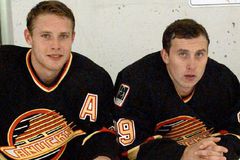