There were rumours about Joffrey Lupul all summer.

He had left the Toronto Maple Leafs, after 46 uneventful games, in February with an abdominal injury that eventually required surgery. At 32, it was clear his game had slipped, as he managed only 14 points and struggled defensively under new coach Mike Babcock.

But when he was a no-show at the team's locker cleanout, despite the fact other injured players, such as James van Riemsdyk, who was on hand to talk about his season, the talk was Lupul was told to stay away by the Leafs.

That conversation continued on Thursday, when training camp opened for 2016-17 and Lupul wasn't there. Officially, he had failed his physical. Unofficially? One teammate seemed to suggest otherwise.

"I've talked to him a few times this summer," said Nazem Kadri, one of Lupul's long-time friends on the team. "I think he's ready to go, and I think he's pretty excited about the season. What happens is ultimately their decision. We just play hockey."

A half hour later, Lupul released a short statement through the Leafs saying he wouldn't be able to play "due to injury."

"I pledge to work hard with a view to return to playing this season," he wrote. "Hockey is the only life I have known. This is an extremely emotional time for me. Accordingly, I will not be making any further comment at this time."

Lupul's situation reads remarkably similar to defenceman Stéphane Robidas's last year. He, too, was an overpaid, underperforming veteran in his 30s who, understandably, the Leafs weren't keen on having on the roster. He, too, mysteriously disappeared, right after playing in a preseason game and telling the media that he felt great.

Months later, Robidas was spotted coaching his kids' hockey team in Quebec. He has one year left on his Leafs contract and wasn't at camp on Thursday, although he did help out with the organization's rookie tournament last week in a consulting role.

Both cases raise the question of, with older NHL players, what actually constitutes healthy? Robidas was coming off badly breaking his leg, for a second time, and was 38 years old, with decades of hard wear and tear on his body. It's not hard to imagine team physicians finding further ailments there.

Lupul is younger – he turns 33 on Friday – but has had dozens of injuries in recent years, missing nearly 40 per cent of the Leafs' games the past four seasons. He also had a nearly career-ending back injury and infections six years ago that left him with long-term issues.

The past several years, Lupul's dressing room stall at the Leafs rink had a special cushion because it was difficult for him to sit on the hard surface.

Still, over the summer, his friends in the game expected him to attempt to make another unlikely comeback. Lupul held the 10th edition of his annual charity golf tournament last month in Edmonton, and those who attended said he appeared in good health.

There was also talk in recent months he might enlist a high-powered agent – he had previously always had Peter Semonick, a family friend – perhaps to fight for his right to play for the Leafs. Or, if it came to it, the minor-league Marlies, something it's believed Lupul was open to.

Instead, he flew to Toronto last week – after avoiding the team golf tournament – met with team doctors and wasn't cleared to play. His statement suggests he doesn't intend to contest that.

"He worked very hard at it this summer," Leafs general manager Lou Lamoriello said. "He's going to continue to work at it, wants to play. We'll just have to wait and see."

The Leafs wouldn't gain much advantage by forcing Lupul out. His $5.25-million salary will count in full against the cap unless he is sent to the Marlies or placed on long-term injured reserve, which is a process the NHL can contest with an independent review. (Without this oversight, teams could theoretically gain room above the cap by fabricating or exaggerating injuries.)

But Robidas was never placed on LTIR last season, despite the Leafs' need for cap space.

What Toronto does gain from Robidas and Lupul sitting out is two roster spots, which they can give to kids such as Connor Carrick and Mitch Marner, who are the future of the organization and focus of training camp, which begins on the ice in Halifax on Friday. They also keep their farm team reserved for prospects and centred on development.

Overall, the Leafs are spending a pile of money on players who won't play for them. Including Robidas's $3-million deal, Lupul, Nathan Horton, Jared Cowen's disputed contract, Tim Gleason's buyout and the retained salary from Phil Kessel's deal, they could be spending up to $19.2-million on thin air next season, almost exclusively on cleaning up mistakes left by previous management teams.

Unless, of course, Lupul finds his way back into the lineup.

But that's not the expected outcome here.

Mike Babcock’s real test to come with the Leafs, not the World Cup
September 7, 2016 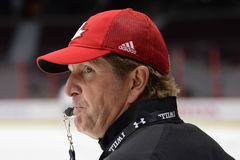 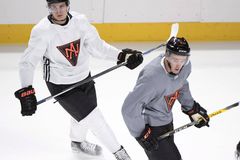 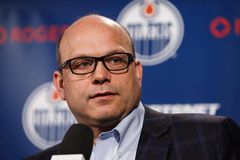