At the current rate of inflation, we soon won't have a hockey season, per se. We'll just have never-ending hockey.

That seems to be the NHL's current goal, beginning with the (re)creation of a quadrennial World Cup of Hockey, to begin in September, 2016. They've also floated the idea of a Ryder Cup-style tournament that will match some iteration of Canada and the United States versus Europe, to be played in between.

This is in addition to the Olympics. The NHL and the International Olympic Committee are now engaged in a tug-of-war over the sport's best players – though the IOC doesn't have to exert much force, and probably isn't as bothered as we'd like to think it is.

You might be drawn into pulling for the league over the IOC's animated corpses if this had anything to do with the quality of the product. But that's not what interests the NHL. Instead, it's transparently about money.

"We've grown to a $4-billion business," NHL COO John Collins said at Saturday's World Cup unveiling. "The question now becomes, where does that next billion come from?"

Oh, I don't know. I'm looking for someone to shovel my driveway. I could pay a neighbourhood kid $20, but I'm willing to go up to $50 if you send over an NHLer.

Furthermore, one gets the disturbing feeling this isn't about money qua money. It's about – channel Tony Soprano as you say this – respect.

'What? The NBA got $2-billion (U.S.) for a team nobody watches?! We can do that, too. Get Las Vegas on the blower. We'll see them a franchise, and then we'll get someone to go down there and explain what hockey is.'

The obsession with box office numbers ruined the movies. Annual revenue numbers are going to do the same to hockey. Short of the league going broke, why should a fan care about how much money the NHL makes? Because it's a way to show off, and they're failing at it.

Every other big league isn't just getting rich – they're getting Pablo-Escobar-builds-a-zoo-at-his-cottage rich. The NHL – only moderately, swimming-pool-in-the-backyard rich – is feeling left out.

You don't hear the NBA moaning about the Olympics, because they don't want the bother of creating and maintaining a tilted international tournament nobody cares about until the championship game.

But Americans aren't hung up about being seen as the best at basketball in nearly the same fragile way Canada approaches its hockey primacy.

The top suits at the NHL are Americans, and they've figured out precisely how to manipulate our small-man syndrome in this regard. Tell us it's about 'growing the game' and we'll do anything they say. They make a bunch of money. We get … well, I'm not sure what we get. We get to give them a bunch of money.

Because there is no world in which winning a tournament pulled from the air matches the countrywide pride of our best players winning an Olympic gold medal. The most important people involved – the players – will tell you that. A good part of the reason the Summit Series/Canada Cups seem so romantic in hindsight is because they were our Olympic substitute. They were what the Olympics should have been, and now are.

The NHL has the same competition problem as the NBA, but they're willing to twist themselves into knots pretending it doesn't matter. They're so intent on squeezing every nickel out of international hockey, they've done away with the only real purpose of a national elimination tournament – by taking the 'national' out of it.

Only six countries (Canada, Russia, Sweden, Finland, the Czech Republic and the United States) will be entered in the World Cup – automatically, and presumably forever. The notion here is that only NHL players should play in the NHL's tournament. If your country can't meet the minimum number of properly accredited bodies, you're out. An epic, under-the-table kicking contest with Russia's Kontinental Hockey League still looms.

It's toweringly parochial – this sense no one can play hockey that matters outside our vision of it. Instead, they'll have a so-called Team Europe, featuring players whose countries have teams, but can't form an NHL quorum.

Slovenian Anze Kopitar – probably one of the five best players in the game – was shoved out by the league to give this exclusionary idea the patina of fair-mindedness.

"Personally, you want be part of the World Cup," Kopitar said, squirming ever so slightly. "But it's maybe a little bittersweet."

"Bittersweet." No kidding. Kopitar's father is the coach of the Slovenian national team. In Sochi, they made the quarters – equalling the Czechs and the Russians. Latvia, a team with just one NHLer, came a goal from the semis. We won't have any of those David stories at a World Cup. Only Goliaths are invited.

The eighth entrant – the 'Young Stars,' featuring a hodgepodge of kids not good enough to make their senior teams – are being set up as the overwhelming underdogs, but without any reason for you to care.

People will still watch. By 'people,' I mean Canadians. The hockey will be choppy, since the tournament begins after the summer break. It'll be fun. Maybe it'll be great.

But it'd be more fun and even greater if we only did this once every four years, in a venue that welcomes the world under their own flags, rather than just the few countries that pass the NHL's arbitrary bar for relevance. 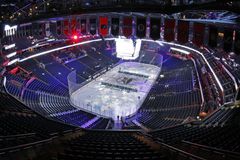 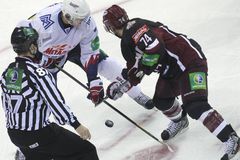