It's a word you won't often hear associated with Phil Kessel, at least unless you ask his peers, who have seen him up close.

While the Toronto Maple Leafs star gets chided in the media for everything from his work ethic in practice to his non-athletic physique, his teammates insist Kessel is a unique specimen, someone blessed with not only the ability to shoot and skate but a strength uncommon for a player his size.

He is, they say, "powerful" – enough to belt a golf ball more than 350 yards, manhandle a leg press or blow away from them on the ice in practice.

And if that's "out of shape," they'd like to be signed up.

"Extremely powerful," Leafs netminder James Reimer said of Kessel's deceptive gifts. "It's just sneaky, strong power. I don't know what he does in the summer to work on it or if that's just natural ability, but he's got probably the strongest legs on the team."

"He's as strong a skater in the lower body as we have on our team," added head coach Randy Carlyle, who credits Kessel's strength and low centre of gravity with both his remarkable acceleration and quick, hard shot. "I think he's just got God-given talent."

In the midst of what was another solid season up until a few weeks ago, Kessel has found a new level over the past 12 games. His 10 goals and 23 points in that span have rocketed him to the top of the NHL's scoring leaders – second in goals and fourth in points before Monday's games – and put him on pace for career-highs, including a first 40-goal season.

More importantly, the production has often been of the game-changing variety, as with his hat trick in a 6-3 win over the Ottawa Senators this past Saturday. Kessel scored not one but two go-ahead goals in the third period, breaking open what had been a nail-biter of a contest against a division rival with two flicks of his stick.

Just how Kessel has become one of the NHL's most dangerous players is a curious combination of elements unlike any other player in the league.

Quiet and introverted, and only averaged sized for his position (six foot, 202 pounds), he hardly fits the mould of a hulking Alexander Ovechkin-type superstar.

What Kessel does have, however, are some deceptive talents – like that lower-body strength and the speed it gives him – that truly set him apart.

A good example is Kessel's use of one of the most flexible and unique composite sticks in the NHL, with a fine-tuned kick point low, down near the blade, that allows the shaft to bend like a rubber band and that gives him one of the hardest-to-stop shots in the world.

New stick technology has changed the way all players interact with pucks in the past decade, but Kessel has taken more advantage of it than most. His stick, manufactured by Easton, is believed to have a flex rating of less than 70, one of the lowest in the league.

While neither Kessel or the manufacturer likes to talk about its exact specifics, a quick highlight package of his goals is enough to see what makes it different. Unlike players in earlier eras, Kessel can shoot hard and accurately while still in stride, using his body weight, strength and the whip of the composite hockey stick – combined with an uncanny accuracy – to pick corners when netminders least expect it.

Over the years, he has also refined his passing accuracy using the highly customized S19 model, which he wraps in a candy-cane pattern with tape over the entire shaft for better grip.

NHL players say the exact type of stick Kessel uses is so difficult to control that most give up experimenting with it after a practice or two. Such a whippy stick complicates simple things such as stickhandling or winning battles along the boards, making it suitable for only the most precise player.

According to former-Leafs-winger-turned-TSN-analyst Jeff O'Neill, who scored 30 goals three times using a much-stiffer stick than Kessel, it also limits the ability to score goals on plays like one-timers.

"If you put that stick in the hands of a run-of-the-mill guy, he'll have a hard time doing anything with that thing," O'Neill said.

"It's very hard to handle the puck," said Maple Leafs winger Joffrey Lupul, who uses one of the stiffest sticks on the team. "It takes talent. He's been using that stick for a long time and, obviously, he just has more talent than the rest of us. He's able to deal with it.

"When I take a similar shot, I have to exert a lot more pressure on the stick to push down and get that reaction out of the stick. That's what it's made for – for the kick point to be right there. The way it's set up it sometimes looks like he barely has to push and it helps him with a quicker release."

As a result, goaltenders never know when the puck might be coming, as they often rely on visual cues such as a windup or a dipped shoulder to telegraph when the shot might be coming.

"What makes it so elusive is it's just a very quick release," Reimer said. "A lot of guys have a quick release, but their shot won't be as hard. Or they'll have a hard shot, but it'll be a slow release. His is just a beautiful combination of both of those things.

"He's got it down to a science now with the whip of his stick, and what he needs to put into it. The only guy that's better or in the same league as him is Ovechkin."

But Kessel's shot wouldn't be particularly useful if he wasn't able to get it off regularly, something he manages to do more than almost any other player in the league.

The average 3.8 shots a game he has this season is typical of Kessel but elite by NHL standards, with Ovechkin the only player who regularly tops the four-per-game mark and only a handful of other players in Kessel's ballpark.

With defences keying on blocking shots and trapping through the neutral zone, the fact Kessel can not only get the puck that often but hit the net with it is considered as remarkable a talent as anything else he does on the ice.

Factor in that his career average shooting percentage is a little above 11 per cent, and he can be expected to score at least once every nine shots – or almost every second game.

"A lot of the guys in this league shoot the puck really hard but sometimes can't get in the right areas like he does," said Peter Holland, a Leafs rookie who's learning how hard it is to create offence in the NHL this season. "That's why he's so effective … He's got a lot of things working for him."

"He doesn't slow down when he gets the puck," Carlyle explained. "You'll notice a lot of players don't have the ability to keep the pace up with it but Phil has that ability."

Lupul, meanwhile, can only chuckle when asked why appearances are so deceiving when it comes to Kessel. He has known him long enough now to realize Kessel is simply one of the most athletically talented people he'll ever meet, whether they are on the rink, the golf course or anywhere else.

And he doesn't underestimate him any more.

"Any sport you want to play him in, he'll beat you at," Lupul said. "That's just natural fast-twitch muscles. It's the same thing if you go play golf with him. … You wouldn't picture him driving the ball 50, 60 yards past you, but it happens.

"Some people are naturally powerful, and in his case, that's what gives him that extra gear." 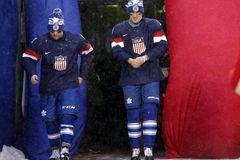 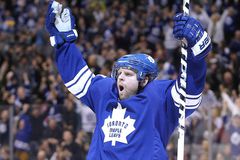 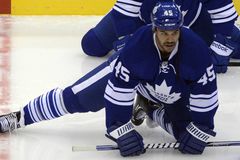 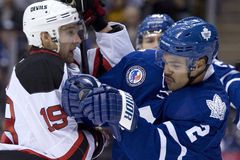 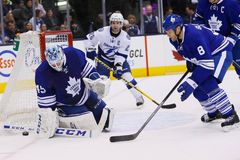 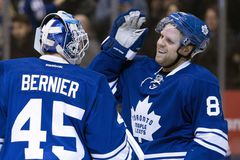