It was the conversation all summer in the local Winnipeg watering holes, from the Moxie's next to the rink to the King's Head Pub downtown and the various Earls sprinkled around town.

The topic, as it tends to be, was always the Jets. The question was usually the same.

"What is Chevy doing?" they asked one another. "Mathieu Perreault? Who?

For the most part, it was.

Jets GM Kevin Cheveldayoff had a quiet summer in 2014, not because he necessarily had to, but because he wanted to. This slow build had always been the plan, from Day 1 in 2011 when he was hired to be the caretaker of Winnipeg's new team.

He had been in Chicago all those years, running the successful minor-league Wolves, and had witnessed firsthand how the Blackhawks rose up from perennial also rans to a juggernaut, primarily on the strength of their drafting and development.

That was the path Cheveldayoff – then the Blackhawks assistant GM – told Jets ownership he would take 3 1/2 years ago, especially in a market without the glitz to attract name free agents.

Three and a half years later, it seems to be working.

An 84-point team last April, the Jets are on pace for 97 this year after thumping Florida 8-2 Tuesday night. They are also on the way up: 12-5-5 in their past 22 games, despite losing most of their blueline to injury and without a scorer in the NHL's top 25.

They're big. They're young. They're well coached.

They are the real deal.

"That's how we have to grow," Cheveldayoff said, explaining his philosophy and the strides his young players have made, including a trip to the AHL final last spring for the St. John's IceCaps farm team. "We're really only scratching the surface of that."

In what looks to be another mostly playoff-less year for Canada's NHL franchises, Winnipeg very well could end up one of the two exceptions (Montreal the other). As Vancouver, Calgary and Toronto have all sagged in the standings, the Jets have pushed up to fifth in the unforgiving Western Conference – a relatively safe position for now.

There's even an argument to be made that Winnipeg could be the best positioned of the seven teams to contend in a year or two, with some compelling talent coming through the system. No NHL team had more prospects at the world juniors earlier this month, a group that includes Team Canada stars Nic Petan and Josh Morrissey, who could both be with the Jets next year.

Canadian backup Eric Comrie and prospect Connor Hellebuyck also give them some hope in goal, a position that until this season had been a key weakness.

If there's some softness in their record this season, it's there.

But, so far this season, even the goaltending has been surprisingly strong. Rookie Michael Hutchinson was in the ECHL as recently as 12 months ago but has been nothing short of unbelievable through 19 games in Winnipeg, with a .931 save percentage that puts him among the league leaders and potentially in contention for the Calder Trophy.

If Hutchinson and Ondrej Pavelec can keep giving Winnipeg enough saves, there's a very good chance the Jets will get to the postseason, giving the city its first NHL playoff games in nearly 20 years.

After a quiet (and cranky) off-season, they may just blow the roof off the MTS Centre come mid-April.

"You have to give some young guys opportunities to play," Cheveldayoff said of putting Hutchinson in the backup role instead of signing a veteran in July. "If you don't show some faith to the younger guys, they'll never get a chance to play."

Overall, the Jets aren't winning with star power. They don't overwhelm on offence, but the top line of captain Andrew Ladd with Bryan Little and Blake Wheeler – rising from the ashes of some of those terrible Thrashers teams – remains one of the NHL's more underrated trios.

Perreault, meanwhile, is on fire of late, including a four-goal night against the Panthers.

Defensively, the Jets have improved as the year has worn on. They are the fourth-best possession team in the league over their 22-game hot streak (55.2 per cent) and third-best in the Western Conference all year, behind only Stanley Cup favourites Chicago and Los Angeles.

Part of that is because new coach Paul Maurice had a training camp to implement his system. Part of it is that Winnipeg has the speed and size – average height at 6-foot-2 and average weight at 208 pounds – to skate with the West's powerhouses, as evidenced by taking the Kings and Ducks to shootouts in back-to-back games on the weekend.

Why the Jets are taking off

Winnipeg has been one of the NHL's best even strength teams this year in large part due to improved defensive play and goaltending. Both their puck possession and save percentage at even strength are at their highest levels in recent memory going back to the franchise's time in Atlanta.

The Jets may not be generating much offence from their depth lines, but you can see a solution to that coming, with Petan, Andrew Copp and 2014 first-rounder Nikolaj Ehlers of Denmark – one of the top scorers at the world juniors – on the way.

It has taken a lot of time and lot of patience, but the slow, silent process Cheveldayoff pitched to owner Mark Chipman when he was hired is finally playing out on the ice, night after night.

If his team can get to the 97 points they're on pace for, it'll be their most ever – and only the second time over the 90-point mark – for an NHL team based in Winnipeg.

They've been waiting for this.

"There's times when it tests your patience," Cheveldayoff admitted of his management style. "Everybody in Winnipeg wants us to win. I share that. I share their emotions and wanting to have this team and this city and this fan base experience that next step.

"We're working diligently at it. We're going to remain true to our convictions." 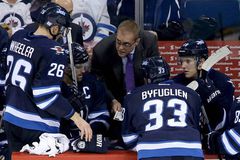 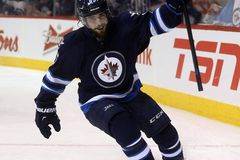 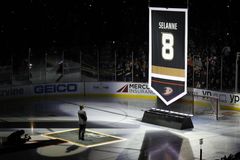 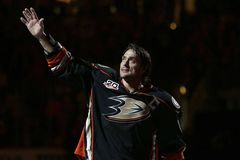 Duhatschek: New names based on first half of NHL top the trophy tables
January 9, 2015 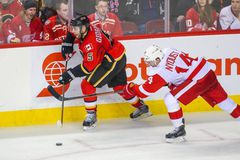