NHL expansion talk has quieted for the moment, the league immersed in the first round of the playoffs, all the talk about upsets and momentum swings, wins and losses, suspensions and coaches' challenges.

But for the decision-makers – that is to say, NHL GMs – expansion isn't far from their minds, even the ones immersed in the playoff push. And the proof is in how many teams are already plotting strategy based on the possibility that there will be an expansion draft in June of 2017, which is the earliest an expansion team in Las Vegas will be ready to stockpile players to begin play later that fall.

The expectation seems to be that Vegas will get a team, but Quebec probably won't; that William Foley, the billionaire entrepreneur who has been patiently awaiting news from the NHL's executive committee about his bid, already has the bones of a hockey hierarchy in place.

Murray Craven, the former Philadelphia Flyers player, would assume a leadership role, maybe even as team president. Craven has a previous relationship with Foley and has been acting as his unofficial adviser throughout this process.

Scott Mellanby, a former teammate of Craven's, is one of a handful of candidates for a position in hockey operations, maybe even as general manager.

Whenever the NHL wants to admit new ownership – either via expansion or relocation – it requires three things: An owner with deep pockets, a building that's ready for occupancy, and a market that can help the league grow the game. It helps, too, if the prospective owner isn't too public about his wishes, but is willing to quietly bide his time while the NHL ponders the pros and cons of taking this next step.

Once upon a time, expansion was nothing short of a money grab for NHL teams. Nowadays, the primary decision-makers in the game can see beyond the short-term windfall that a $500-million expansion fee will produce.

As soon as it admits a new partner, the league automatically surrenders another slice of the collective pie. Revenue will be divided 31 ways instead of 30, which, long-term, means everybody gets a little less of the pooled revenue that the league shares, mostly the television dollars.

The owners who need the quick-fix infusion of cash – the ones operating in the red – are not the ones that form policy. Those owners – such as board chairman Jeremy Jacobs (of the Boston Bruins) or his likely eventual successor, Murray Edwards (of the Calgary Flames) – are in it for the long haul, so they can afford to think big-picture thoughts.

Procedurally, it's in the hands of the executive committee now – 10 owners who will meet sometime in early May and finalize the expansion decision. If they approve the application, it will be rubber-stamped at the board level. So we are down to the final eight weeks or so of a process that seems to have been going on endlessly.

Realistically, the most prudent step the NHL could take would be to salt away the expansion fee in a rainy-day fund in case it eventually has to settle that pending concussion lawsuit.

But that's a decision for the lawyers to make.

NHL GMs care mostly about the hockey side, and the chance to possibly escape from salary-cap purgatory. The recent rise in the Canadian dollar represents a small but positive step forward for GMs with bloated payrolls, because so much of the revenue produced by the league in recent years has come from Canada and a rising dollar means the salary cap will inch up incrementally.

Just about every team with the authority to spend to the limit has issues with a bad contract or two – and the lineup outside the office of the Vegas team to pass along those bad contracts to the new kids on the NHL block will be a long one.

Vegas will absorb some, partly to get to the salary-cap floor, but mostly because teams will provide the new team with incentives to take an overpriced player by sweetening the deal with a young prospect or a decent draft pick.

So, many of the NHL's most successful teams of late teetering on the edge of playoff elimination – the Chicago Blackhawks and the Los Angeles Kings, to name just two – have spent themselves into a corner, rewarding players on championship teams with long-term contracts that, a few years later, are heavy payroll albatrosses in the clear sober light of the next day.

If expansion goes ahead, and all indications are it will, then there's a little potential relief there – relief some teams will want to take full advantage of, if they can. The only thing that would make it better is if it had happened a year sooner. 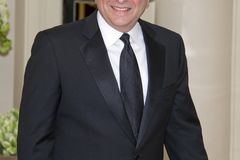 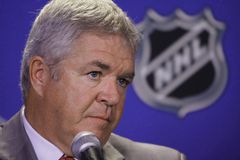 Fifty years ago, the NHL expanded – and pro hockey changed forever
February 19, 2016
Follow Eric Duhatschek on Twitter @eduhatschek
Report an error Editorial code of conduct
Due to technical reasons, we have temporarily removed commenting from our articles. We hope to have this fixed soon. Thank you for your patience. If you are looking to give feedback on our new site, please send it along to feedback@globeandmail.com. If you want to write a letter to the editor, please forward to letters@globeandmail.com.
Comments