Gary Bettman will get an official update from the International Ice Hockey Federation on Wednesday, but it sounds as if there has been no progress on the matter of NHL participation in the 2018 Olympics in South Korea.

Speaking at the PrimeTime Sports Management Conference in Toronto on Tuesday, the NHL commissioner said that as long as the International Olympic Committee says it will not pay the insurance, travel and accommodation costs for the NHL players, there is little chance the NHL's 30 owners will agree to shut down the season for 17 days in February, 2018. Bettman said the cost of going to the Games in Pyeongchang is in excess of $10-million (U.S.).

Bettman, deputy commissioner Bill Daly and representatives from the NHL Players' Association, Hockey Canada and USA Hockey will meet in New York on Wednesday with IIHF president René Fasel. The IIHF is handling the negotiations with the IOC, which has paid the NHL players' costs ever since the league first agreed to free them up to compete in the Nagano Olympics in 1998.

"We're now being told the IOC refuses to pay for it despite making sure it was paid for [in] the last five Olympics," Bettman said. "Ultimately, it's a decision for the owners to make. I know there is some grumpiness.

"We don't make money going [to the Olympics]. I can't imagine the NHL owners are going to pay for the privilege of shutting down for 17 days. I just don't see that."

Bettman said the NHL needs a decision by "January at the latest" in order to begin making its schedule for the 2017-18 season.

While the NHL players are considered to be in favour of playing in the Winter Games, the NHLPA has also voiced its opposition to its members having to pay their own way to the Winter Olympics. The players' consent to participate in the Games is required, but they do not have an official voice in any decision not to take part, according to NHLPA executive director Donald Fehr.

Fehr also took part in the sports-management conference. He did not seem as gloomy as Bettman.

"I can tell you the last several Olympic agreements have been reached at a much later point in time than we are now," he said. "That's the first thing. Second thing is we're constantly getting updates from the IIHF. I assume at some point in the process that it'll become apparent this is doable or it isn't.

"Players always hope it's doable. I've given up being optimistic or pessimistic because I'm right about half the time. It just has to play itself out."

It is possible the IIHF could agree to pay at least some of the costs, but Bettman does not think it is a good idea because it may mean more modest accommodations for the players and their families. It could also divert money from the federation's regular hockey programs.

"I think the most likely thing is the IIHF will come in and say we're doing this on a pared-down basis," Bettman said. "Even conceptually, if you're worried about developing hockey worldwide at the grassroots level, why are they taking money away from that to fund NHL player participation at the Olympics?"

Bettman was also testy when the topic of the NHL expanding to Seattle came up. Seattle was an expansion darling among NHL governors a couple of years ago, before plans for a new arena there were shelved. But San Francisco-based hedge fund manager Chris Hansen, who is primarily interested in luring a National Basketball Association franchise to the city where he grew up, recently offered to build a multipurpose arena with no public money. That revived expansion talk for both leagues in the city.

"We're not paying a lot of attention to Seattle," Bettman said. "If they ever put a shovel in the ground and actually build a building instead if just talking about one, we might – might – pay attention. But it's not something we're monitoring." 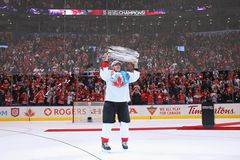 What the much-maligned World Cup of Hockey got right and wrong
September 30, 2016 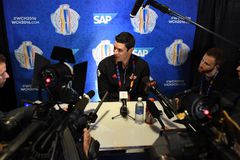