Annually, they describe the opening day of the NHL's free-agent season as "frenzied" and on Tuesday, the actions lived up to the hype.

It was a crazy day of wheeling and dealing, as NHL teams committed more than half-a-billion dollars (U.S.), a record amount, to sign more than 70 players to new contracts.

The rush to sign players as soon the signing window opened at noon (Eastern) Tuesday came about largely because of a change in the collective bargaining agreement, which gave NHL teams a "grace" period to explore contract talks with free agents five days before their old deals actually expired.

Teams used that window to get a head start on the negotiations – and it was evident in how quickly the signings occurred that most players and teams had contracts virtually in place before the shopping window opened.

"You saw deals close quickly this morning," said Calgary Flames' general manager Brad Treliving. "Is it good? Is it bad? I guess people far higher up in the food chain will determine that." Goaltender Ryan Miller was probably the biggest name player to land with a Canadian team after he signed a three-year $18-million contract to join the Vancouver Canucks. Signing Miller was a big deal in Vancouver, a team that had two reliable and experienced goaltenders a little over a year ago (Cory Schneider and Roberto Luongo) and then traded them both away.

"I think goaltending is the most important position on the team," explained Canucks' general manager Jim Benning. "To add someone of his quality is great for the organization."

Miller was the most valuable player of the 2010 men's Olympic hockey tournament in Vancouver, and was in goal for Team U.S.A. when Jarome Iginla set up Sidney Crosby for the overtime winner in Canada's gold-medal victory.

Iginla, the popular former Flames' captain, landed with his fourth team in less than two years, signing with the Colorado Avalanche after his previous club, the Boston Bruins, couldn't afford to retain him for salary-cap reasons. The Flames also bolstered their goaltending by adding former Anaheim Ducks starter Jonas Hiller on a two-year $9-million contract.

Some players found new homes via the trade market, including Ottawa Senators' captain Jason Spezza, who was dealt to the Dallas Stars for forward Alex Chiasson, two prospects plus a 2015 draft choice. It was a jarring day for the Senators, one of the few Canadian teams that took a step backward Tuesday, giving up a No. 1 centre in exchange for players that may help them down the road.

The Toronto Maple Leafs saw forwards Dave Bolland leave for Florida and Mason Raymond for Calgary, but signed a useful veteran defenceman in Stephane Robidas and brought back two former players, forward Matt Frattin as well as utility man Leo Komarov, who played in Russia's Kontinental Hockey League. After making it all the way to the Stanley Cup semi-finals last spring, the Montreal Canadiens lost two of its heart-and-soul players, defenceman Josh Gorges, who was traded to the Buffalo Sabres and then captain Brian Gionta, who joined the Sabres as a free agent.

The Canadiens didn't try too hard to retain Thomas Vanek who, like a lot of the most prominent free agents, landed with a team in the United States. Vanek went to Minnesota on a three-year, $19.5-million contract – significant only because he turned down a much bigger deal earlier in the season (seven years, $50 million) to sign with the New York Islanders.

Among the other key signings: Paul Stastny, who went from the Colorado Avalanche to the St. Louis Blues for $28 million on a four-year deal; and Matt Niskanen, a journeyman defenceman who parleyed a 46-point career year with the Pittsburgh Penguins into an eye-popping seven-year, $40.5 million deal with the Washington Capitals.

It went along like that all day - every new signing more bizarre than the last one until eventually you became numb to the numbers. But hope springs eternal in the NHL and though the history of free-agent signings is littered with expensive mistakes, that knowledge didn't prevent teams from wading in, cheque books in hand, to scoop up what had been thought of as a modestly talented free-agent group. Whatever happened to caveat emptor? Presumably, nobody in the NHL reads their Latin anymore.

With new GM in charge, Capitals make biggest deal of the day to nab Niskanen
July 1, 2014 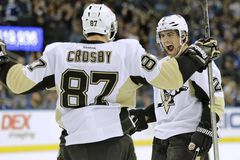 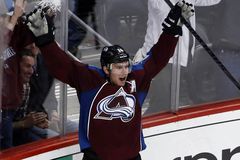 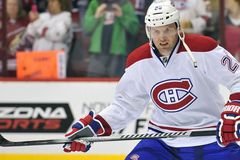 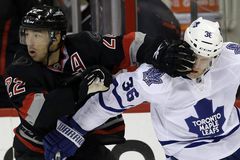